WASHINGTON (Reuters) – The Trump administration is calling for a transitional government in Venezuela made up of the opposition and some members of President Nicolas Maduro’s Socialist Party and is laying out for the first time how U.S. sanctions might eventually be lifted, including on the vital oil sector. 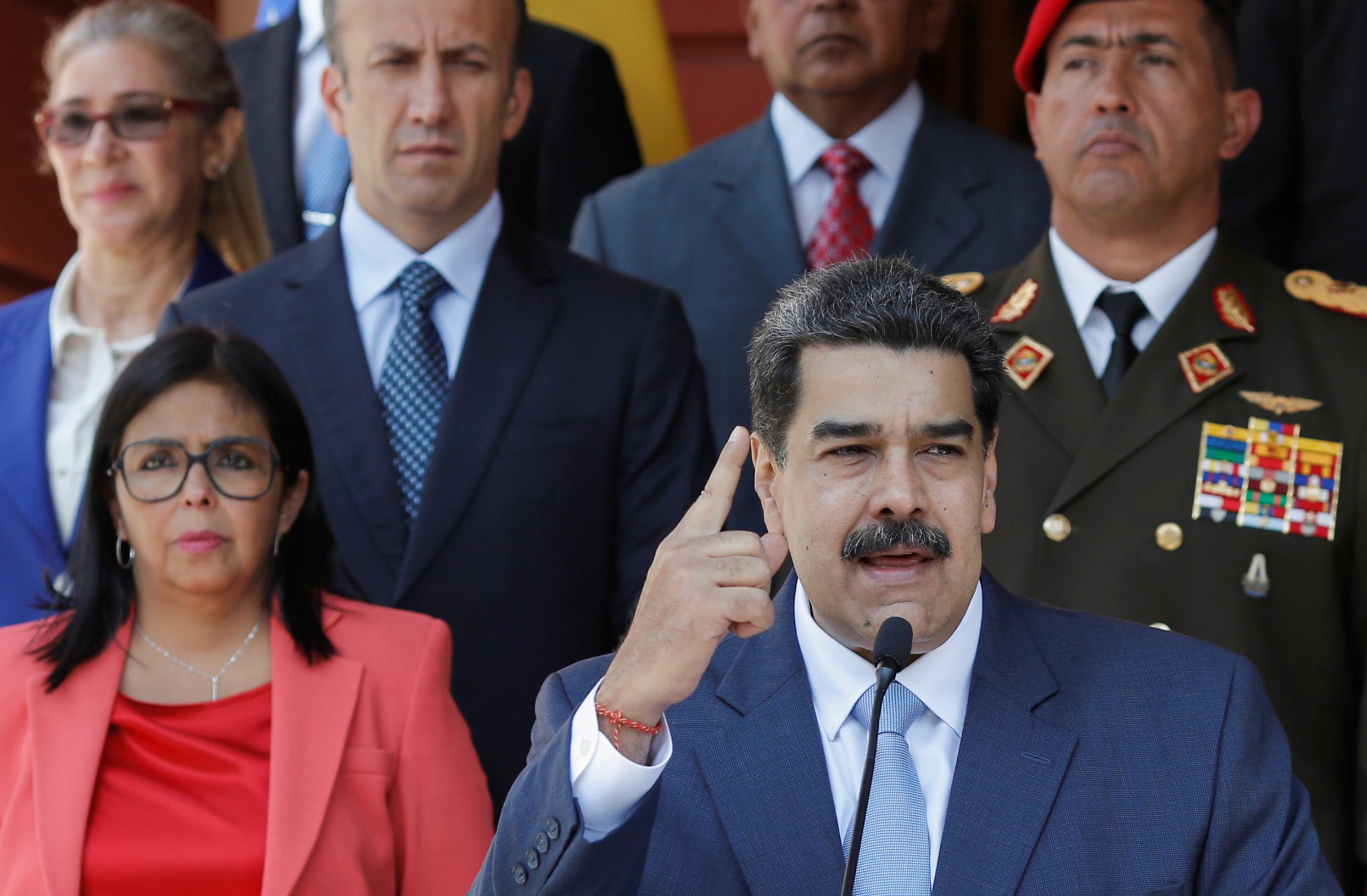 With the South American nation squeezed by a U.S. economic pressure campaign, low world oil prices and a spreading coronavirus pandemic, Washington was set on Tuesday to unveil a more toned-down approach aimed at promoting fair elections this year to end the political crisis there, U.S. officials said.

Secretary of State Mike Pompeo was due to announce the administration’s “Democratic Transition Framework” for Venezuela, which, according to a document seen by Reuters, offers a detailed, “sequenced exit path” from tough U.S. sanctions if Maduro and his allies cooperate.

But it will be no easy task to draw Maduro, who has held onto power despite a steady escalation of U.S. efforts to oust him, into a process of political reconciliation.

The initiative comes less than a week after the U.S. government took a more confrontational tack, indicting Maduro and more than a dozen other current and former top Venezuelan officials on charges of “narco-terrorism,” accusations he dismissed as false and racist.

Maduro’s staying power has become a source of frustration for President Donald Trump, U.S. officials have said privately. Maduro retains the backing of the military as well as Russia, China and Cuba.

“The regime is now under heavier pressure than it has ever been,” U.S. Special Representative for Venezuela Elliott Abrams told Reuters, previewing the plan. “Maybe this pressure will lead to a serious discussion within the regime.”

The U.S. proposal, which Abrams said was approved by Trump, calls for Maduro to “step aside” and for the opposition-controlled National Assembly “to elect an inclusive transitional government acceptable to the major factions” and then oversee elections in late 2020.

But in what appears to be a softening of the U.S. tone toward Maduro, Abrams said the plan did not call for him to be forced into exile and even suggested that he “could theoretically run” in the election.

With experts deeming OPEC member Venezuela among the countries that could be hardest hit by the coronavirus, opposition leader Juan Guaido proposed over the weekend the formation of an emergency government of members across the political spectrum to fight the respiratory disease.

The U.S. plan seeks to build on the effort by Guaido, who has been recognized by the United States and more than 50 other nations as the country’s rightful president, as well as a failed round of negotiations between the two sides in Barbados last year that the Trump administration dismissed at the time, U.S. officials said.

The proposal represents a significantly less bellicose tone from the administration’s pronouncements since January of last year when Guaido invoked the constitution to assume a rival interim presidency, arguing that Maduro’s 2018 re-election was a sham. Maduro calls Guaido a U.S. puppet.

But the success of the framework, which calls for power-sharing between the Guaido-led opposition and Socialist lawmakers, would ultimately hinge on Socialist leaders turning on Maduro, the same strategy that Guaido has been unable to execute.

U.S. authorities in 2019 offered to lift individual parts of the sanctions in exchange for specific actions by Maduro’s government, but that did not lead Maduro’s allies to accept a deal, two sources familiar with the situation told Reuters.

Socialist legislators are again considered likely to reject any U.S. plan or risk being expelled from government ranks.

A fresh offer of sanctions relief, however, seeks to persuade them to peel off from Maduro, whose immediate reaction, Abrams said, “will be to reject this.”

Individual sanctions on dozens of Venezuelan government officials could be lifted as soon as they give up their posts under a transition, Abrams said.

Broader economic sanctions, including on Venezuela’s oil sector and state oil company PDVSA, would be removed only after Maduro leaves office and all “foreign security forces” are withdrawn,” a reference to Cuban operatives and a small Russian contingent, Abrams said.

He said, however, that the proposal would not have a mechanism to revoke criminal indictments against Maduro and alleged accomplices. “People should hire lawyers and start talking to the Department of Justice,” he added.

At the same time, the framework calls for amnesty and creation of a “Truth and Reconciliation Commission,” while allowing senior military officers, governors and mayors to stay in their positions during the transition period, Abrams said.

Under the plan, the Supreme Court and National Electoral Council would be replaced, political prisoners released and censorship ended, according to the State Department document. Guaido would also step down during the transition.

Abrams said that if the framework were adopted, there would be the possibility of help for Venezuela from the International Monetary Fund and the administration would also ask the U.S. Congress to approve aid.