Home » World News » Factbox: Latest on the spread of the coronavirus around the world

(Reuters) – More than 1.97 million people have been reported to be infected by the coronavirus globally and 128,445 have died, according to a Reuters tally as of 0200 GMT on Wednesday. 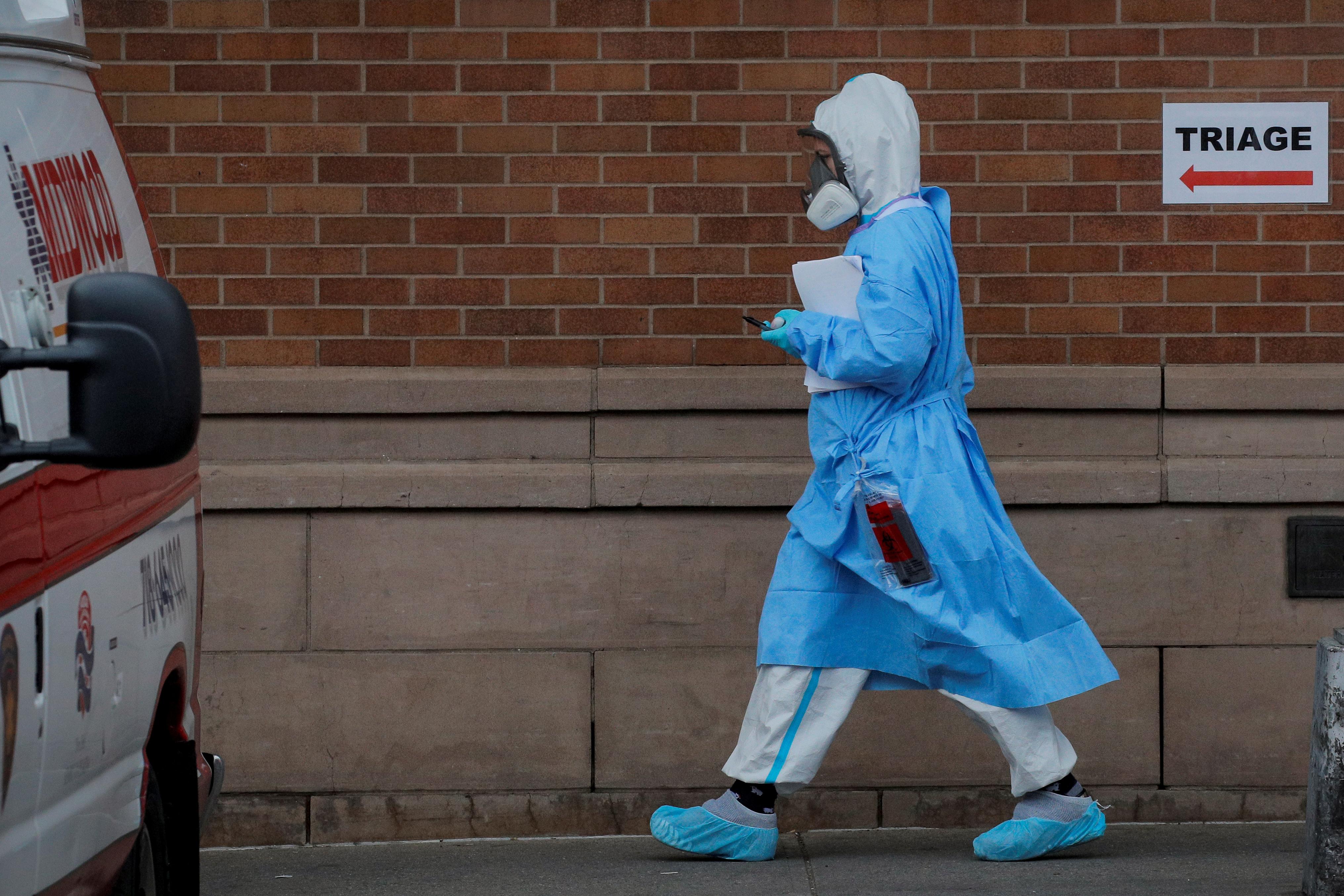 – For an interactive graphic tracking the global spread, open tmsnrt.rs/3aIRuz7 in an external browser.

– For a U.S.-focused tracker with state-by-state and county map, open tmsnrt.rs/2w7hX9T in an external browser.

– Apple Inc said it would release data that could help inform public health authorities on whether people are driving less during lockdown orders to slow the spread of the coronavirus..

– Nurses at a public hospital hit by Mexico’s worst coronavirus outbreak were told by their managers not to wear protective masks at the start of the epidemic to avoid sowing panic among patients, nurses and other medical workers said.

– There have been 126 confirmed cases of the coronavirus among oil and gas workers in Brazil, including 74 people who were recently on offshore oil platforms.

– Two Brazilian state governors tested positive for the coronavirus on Tuesday, in the tourist hotspot of Rio de Janeiro and the Amazon rainforest state of Pará, becoming the latest leaders to get the disease.

– Britain was initially too slow to respond and did not learn quickly enough from other countries, the opposition Labour Party leader said.

– China concealed crucial information about the outbreak from the rest of the world and so should answer for its deceit, the former head of Britain’s MI6 foreign intelligence service said.

– Germany will consider easing restrictions on shops from April 20 but extend limits on movement until May 3, sources said.

– Moscow introduced a travel permit system to help police its lockdown, a move that initially created traffic jams and long queues of people wanting to use the metro.

– Spain and Austria allowed partial returns to work on Tuesday but Britain, France and India extended lockdowns. WHO said countries that ease restrictions should wait at least two weeks to evaluate the impact.

– The European Union will host an online conference on May 4 for governments and organisations to pledge money to support the search for a vaccine.

ASIA AND THE PACIFIC

– China reported a decline in new confirmed cases of the coronavirus in the mainland, although an increasing number of local transmissions in its far northeast bordering Russia remained a concern.

– Self-ruled Taiwan waded into hotly contested Pacific politics, donating face masks and thermal cameras to its four diplomatic allies in a region where China, which claims the island as its won, is challenging traditional power with the United States.

– The coronavirus has spread rapidly within Singapore’s large migrant worker community, highlighting what rights groups say is a weak link in the city state’s containment efforts.

– South Koreans began going to the polls on Wednesday, wearing masks and plastic gloves as part of strict safety measures in one of the first national elections held amid the coronavirus pandemic.

– India has agreed to sell hydroxychloroquine tablets to Malaysia, with New Delhi partially lifting its bar on exports of the anti-malarial drug.

– Pakistan said it would reopen construction activity that provides a lifeline for the largest number of its people after agriculture.

– New Zealand Prime Minister Jacinda Ardern, ministers in her government and public service chief executives will take a 20% pay cut for the next six months.

– Turkey passed a law that will allow the release of tens of thousands of prisoners to ease overcrowding in jails and protect detainees.

– The northern Nigeria economic powerhouse state of Kano will impose a seven-day lockdown, a spokesman for the governor said on Tuesday.

– Namibian borders will remain closed and a partial lockdown in force until May 4, its president said.

– Global share markets dipped into the red on Wednesday as warnings of the worst global recession since the 1930s underlined the economic damage even as some countries try to re-open for business. [MKTS/GLOB]

– The European Union’s next long-term budget should be used to sponsor economic recovery, the heads of the bloc’s Brussels-based institutions said.

– The crisis likely knocked China’s economy into its first decline since at least 1992 in the first quarter, raising the heat on authorities as mounting job losses threaten social stability.

– Japan’s prime minister is under pressure to take bolder steps, with calls from his political partners to hand out more cash to more people.

– Australia sold a record $8.3 billion of sovereign bonds on Wednesday as the government boosts its spending to shield the economy from a deep recession.

– Argentina said it had issued new government bonds worth a total of $4.795 billion in a debt swap aimed at helping stave off a sovereign default.

– Sweden will spend more than $10 billion in its spring budget to fight the outbreak, its finance said.

– Most insurance policies bought by smaller UK companies do not cover for disruption caused by the coronavirus pandemic, Britain’s Financial Conduct Authority said.

– Tunisia’s vital tourism sector could lose $1.4 billion and 400,000 jobs this year, an official document showed, as the country sought a loan guarantee from its bilateral partners to issue sovereign bonds this year.

– The IMF Executive Board has approved support for Burkina Faso and Niger under its Rapid Credit Facility.

– The International Energy Agency forecast a dive in April oil demand to levels not seen in 25 years and warned no output cut by producers could fully offset the near-term falls facing the market.