After nine weeks, Italians were able to leave their homes as the country started to ease lockdown restrictions after recording the lowest coronavirus death and transmission figures since March. The government said each region is responsible for ensuring social distancing but pictures suggest people are ignoring the advice.

Hundreds of people were photographed in St Mark’s Square in Venice where, just two months ago, it was deserted after it was announced people were allowed to leave their homes for less urgent reasons.

While more than four million people are expected to return to work at factories and construction sites across Milan but those taking public transport must stay 3ft away from each other.

However, people have been photographed pouring out a train at Cadorna station in Milan despite regional authorities enforcing social distancing.

Under the government orders, people travelling on public transport must wear protective masks, and although Italians are abiding by that rule, it seems the 3ft social distancing rules have been ignored as these people leave a train station ion Naples. 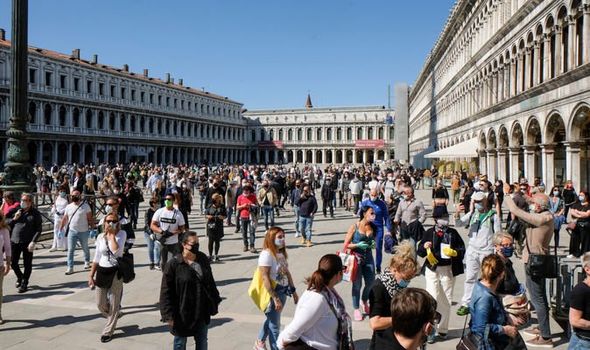 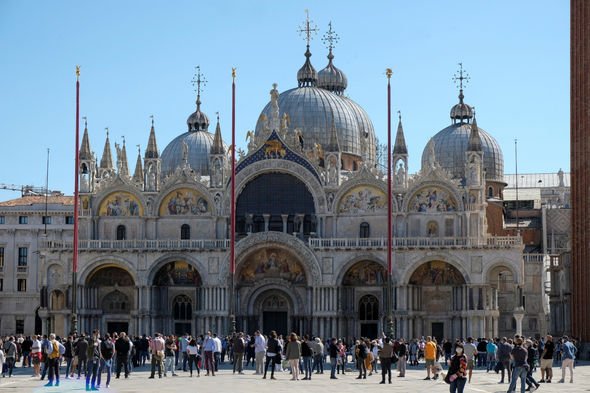 Hundreds of commuters were photographed waiting at the Termini Central train station with social distancing rules not being followed.

On Sunday, Italy recorded the lowest figure of deaths, with just 174, since the lockdown went into effect back in March.

However, the drop came after a spike of 473 deaths the day before. 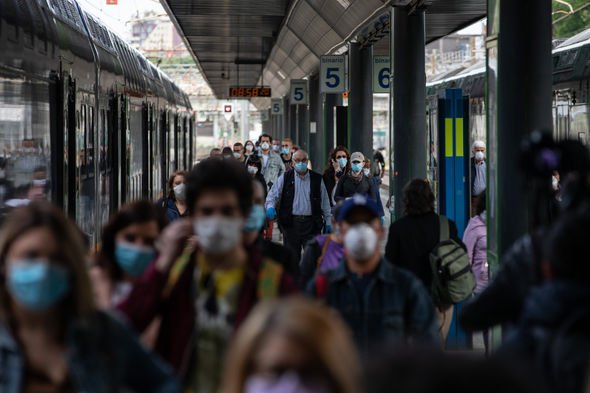 With Italy’s R rate – the number of people that each person infects – has fallen below one, the country is now moving into ‘phase two’ of the pandemic.

Under ‘phase two’, bars and restaurants can resume takeaway services while building sites and factories can continue production.

People are able to visit family relatives but not friends and only those that live in the region they are in. 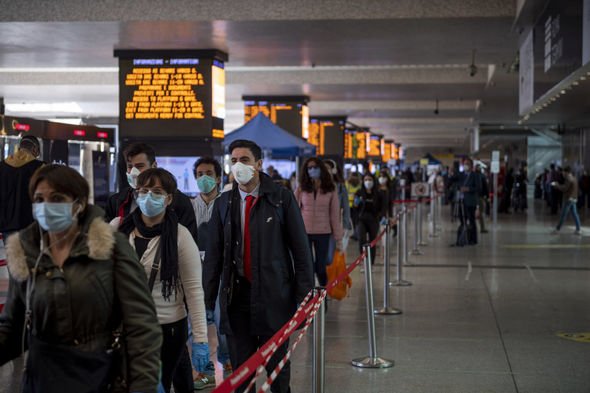 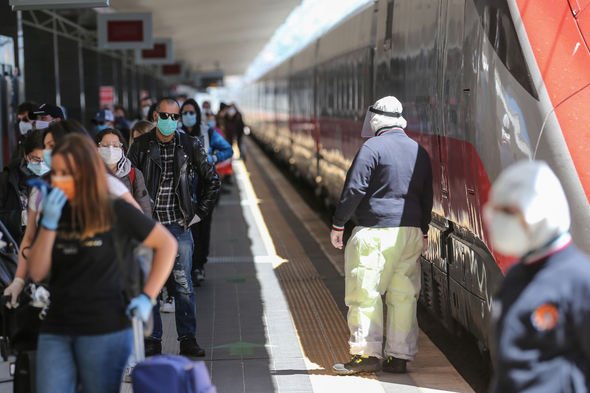 Masks must be worn on public transport and parks have reopened but people are enquired to observe the 3ft ‘spacing’ guidelines.

A maximum of 15 people are now allowed to attend funerals.

He said: “This game is not won by decree and individual responsibility is fundamental for this second phase. 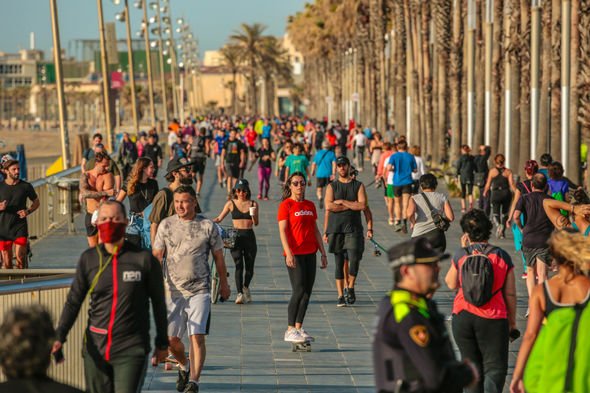 “That is, a much more difficult period comes, because there will be many more people around and therefore respecting the rules becomes even more decisive, but I think the country will live up to it.”

During the lockdown, almost everything except pharmacies and grocery stores were closed.

Five days after, Italy saw its highest toll of 919 in a day. 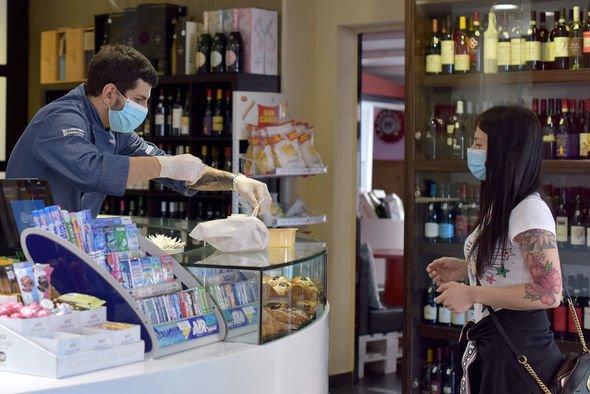 Although the country is easing lockdown restrictions, the economy is expected to shrink more than in any year since the Great Depression.

Elsewhere in Europe, restrictions are slowly lifting with Germany reopening schools to give priority for older children as they prepare for summer exams.

Spain is also allowing customers to visit shops such as hair salons, but only by appointment.

Portugal has also lifted its state of emergency and allowed small shops to reopen including hair salons but will issue €350 fines for anyone not wearing a mask. 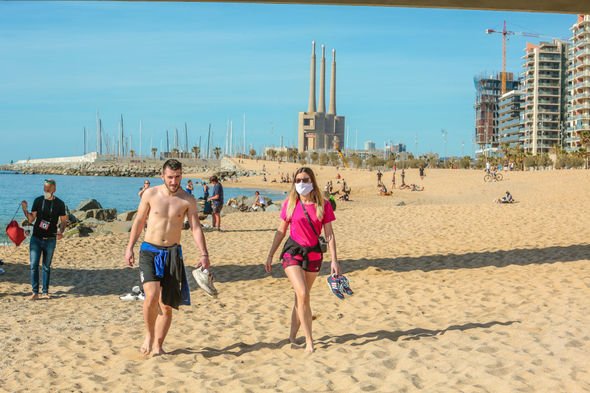 The country declared a state of emergency on March 19 and has recorded more than 25,000 coronavirus cases including more than a thousand deaths.

Both Spain and Portugal have banned groups of more than 10 people in public places and in homes.

Greece is also gradually reopening and will start allowing people to leave their homes but not the wider regions they live.