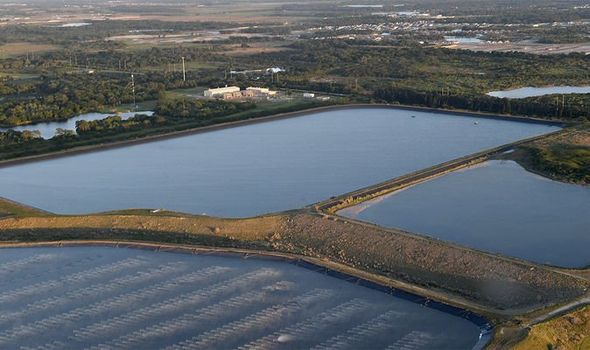 Governor Ron DeSantis declared a state of emergency for the entire Manatee County “due to a possible breach of mixed saltwater from the south reservoir at the Piney Point facility”. More than 300 homes in the area have been ordered to be evacuated, with residents receiving a test alert telling them to leave their homes immediately.

The 77-acre Piney Point reservoir, in Tampa Bay, holds millions of gallons of water containing phosphorous and nitrogen from an old phosphate plant.

The pond at the old Piney Point phosphate mine sits in a stack of phosphogypsum, a waste product from manufacturing fertilizer which is radioactive.

The stacks can also release large concentrations of radon gas. 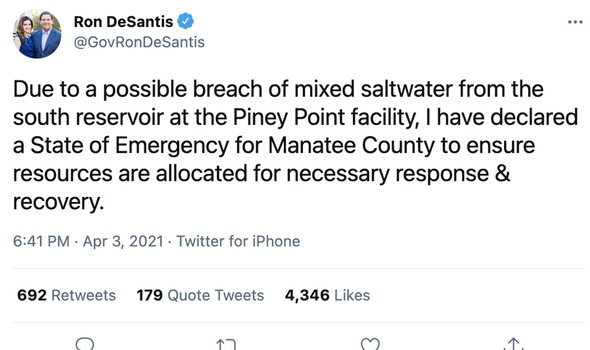 Manatee County Director of Public Safety Jacob Sauer said crews worked overnight on Friday in an attempt to fix the leak, but were unsuccessful.

He said a portion of the containment wall at the leak site had shifted laterally, and on-site engineers deemed the situation to be worsening. All command staff and residents were told to evacuate.

Acting Manatee County Administrator Scott Hopes told a press conference there were concerns the water could flood the area.

He said: “The risk that we’re dealing with right now is an uncontrolled release.

“There’s a very thick liner — think of it as a soft swimming pool. [The engineers] rightly identified that that leak was in the base of the southeast corner of that pool, so now what you see is, you see that opening.

“If that liner continues to unzip — because it’s probably at a seam — when that opens up, you will see the crevice where the breach has occurred continue to unzip and break that rock away.” 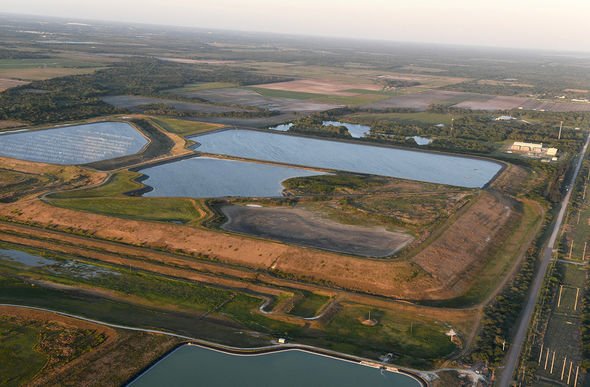 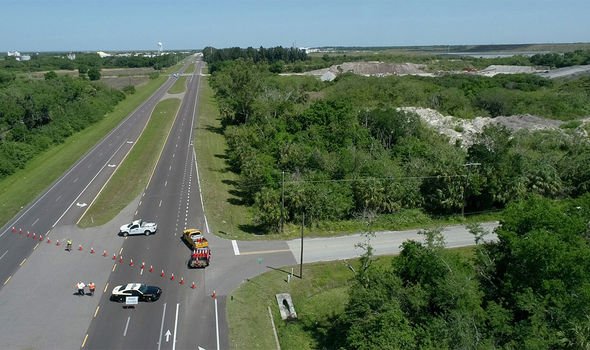 The Acting Administrator added: “We’re talking about the potential of about 600 million gallons, within a matter of seconds and minutes, leaving that retention pool and going around the surrounding area.”

Mr Hopes the said the two ponds hold “waste that would be less conducive to life on land and…life in the sea,” without elaborating on the specific waste material.

Should the side wall breach and “create a substantial opening,” the hundreds of millions of gallons might escape.

Hopes also added the Piney Point facility is about 40 miles south of Tampa’s city centre, but the population density area is “extremely low,”

He concluded: “We’ve been trying to contain this water unsuccessfully for 20 something years.”