Joint campaign launched by FIFA and WHO to raise awareness about violence towards women, children during pandemic. 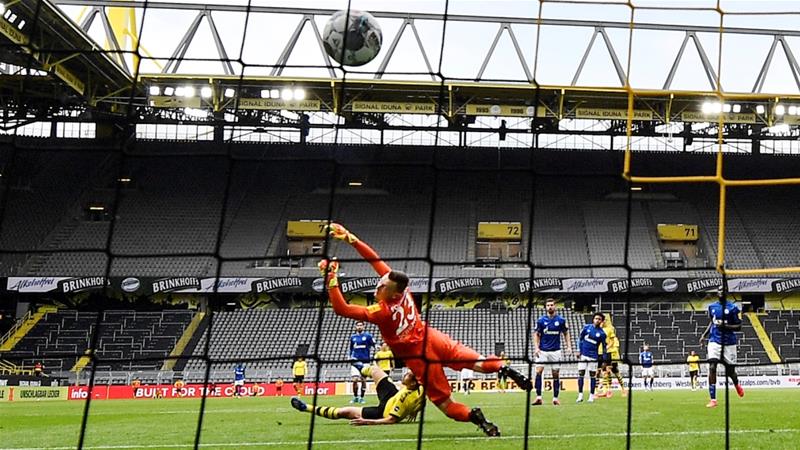 Football players have added their voice to growing calls against the increase in domestic violence towards women and children that came in the wake of lockdown measures to prevent the spread of the coronavirus.

FIFA, world football’s governing body, the World Health Organization (WHO) and the European Commission launched a joint #SafeHome awareness campaign on Tuesday after a recent spike in reported cases of domestic abuse in several countries.

“We cannot stay silent on this issue that negatively affects so many people. Violence has no place in homes, just as it has no place in sports,” FIFA President Gianni Infantino said in a joint statement.

FIFA urged its member associations “to actively publish details of national or local helplines” and support services that can help victims of abuse and anyone feeling threatened by violence in their area.

“Football has the power to relay important social messages, and through the #SafeHome campaign, we want to ensure that those people experiencing violence have access to the necessary support services they need,” Infantino said.

“We are so pleased that our partners today are joining us to draw attention to this critical issue,” WHO Director-General Tedros Adhanom Ghebreyesus said.

“As people are isolated at home because of COVID-19, the risks of domestic violence have tragically been exacerbated.”

Nearly 5.6 million cases of coronavirus have been confirmed around the world, according to data from Johns Hopkins University. More than 350,000 people have died, while nearly 2.3 million have recovered.

Stress over the pandemic and social isolation are worsening gender-based violence and other forms of abuse, according to activists.

Experts fear a surge in the number of domestic abuse cases as stay-at-home orders and other physical distancing restrictions are making it more difficult for survivors to seek help and refuge from mental and physical harm.

In some cases, access to counsellors and safe houses has been suspended to comply with measures for social isolation.

In India, where a nationwide lockdown was introduced on March 25, the National Commission for Women (NCW) registered 587 domestic violence complaints between March 23 and April 16 – a significant surge from 396 complaints received in the previous 25 days between February 27 and March 22.

According to a recent study (PDF) by the UN Population Fund, 15 million additional cases of gender-based violence are expected globally for every three months the lockdown is extended.

Last month, UN Secretary-General Antonio Guterres said there had been a “horrifying global surge in domestic violence” directed towards women and girls, linked to the lockdowns imposed by governments.

He called on governments worldwide to make sure the prosecution of abusers continues, to set up emergency warning systems in pharmacies and groceries, and declare women’s shelters essential services.

In March, FIFA, in collaboration with the WHO, also launched the “Pass the message to kick out coronavirus” campaign to share advice to prevent the spread of COVID-19.