Home » World News » For Nicaragua’s Lobstermen, Deadly Dives Are All Too Common

PUERTO CABEZAS, Nicaragua — Every time he is out at sea, the lobster diver says a prayer just before he drops into the water in what has become a steadfast ritual since he nearly lost his life on a hunt three years ago.

“God, help me one more time,” pleads the lobsterman, Edmundo Stanley Antonio. “Accompany me in this water.”

There are a lot of worries bundled into that simple appeal. That the makeshift air hose he’s tethered to doesn’t spring a leak. That the air compressor at the surface doesn’t fail. That his innate awareness of distance and time — he doesn’t have a watch or a depth gauge — is better than the time he surfaced too quickly from about 150 feet down and got battered by decompression sickness, which left him partly paralyzed for a year.

Mr. Stanley, 33, still feels pain in his back and his heart when he dives. A doctor has repeatedly told him not to go in the water again, warning the next dive could kill him. His wife begs him to stop; she’s already lost her brother and a son-in-law in diving accidents.

His response, however regretful, is always the same: There’s no other work.

This is a sadly familiar lament on the northeast Caribbean coast of Nicaragua, an impoverished region whose mostly Indigenous population depends on fishing. Spiny lobster is among the most sought-after quarry because it pays so well. Most of the catch from these waters ends up on plates in the United States. 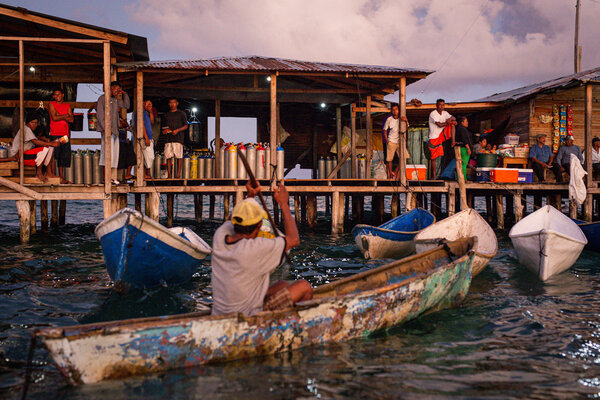 On a recent afternoon, a stretch of beach in Puerto Cabezas, the region’s main port, was abuzz with activity as groups of men loaded 23-foot boats known as “pangas” with gasoline, food and diving gear, preparing to head out on lobstering expeditions lasting several days. 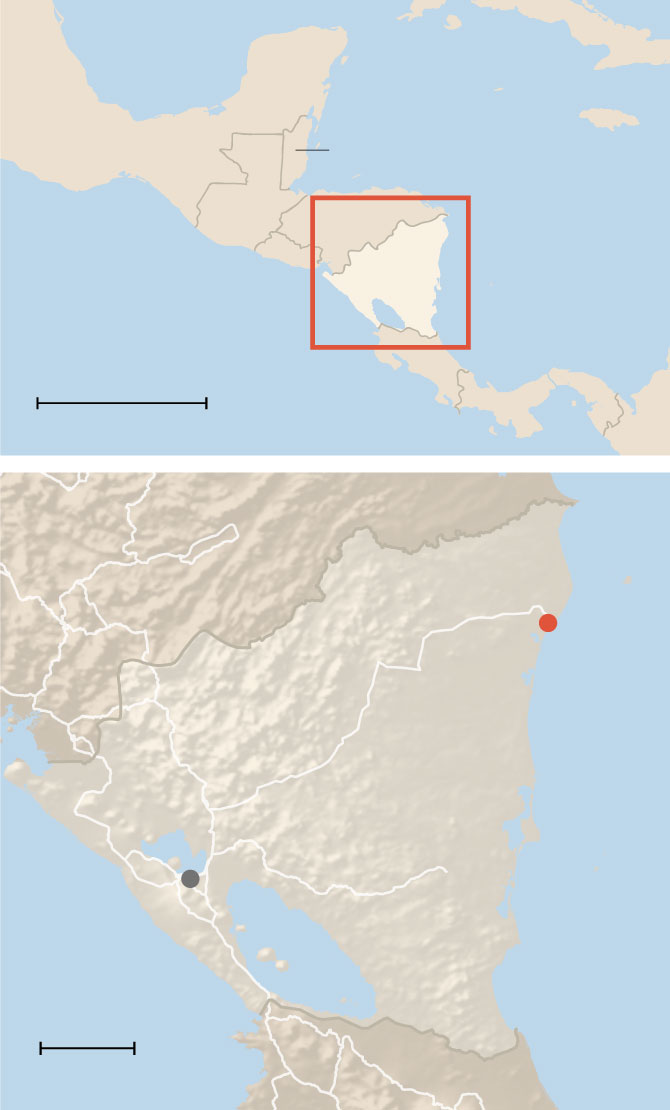 By The New York Times

But lobstering here is a stunningly deadly pursuit. Scores of fishermen have died from decompression sickness in the past three decades, according to estimates by local fishermen and community leaders. Hundreds more have been paralyzed in the chase for lobsters and other delicacies like conch and sea cucumbers found deep in the ocean.

And the pursuit is becoming even more dangerous.

In years past, most of the lobster harvesting was done on free dives, without the aid of breathing equipment. But as overfishing has stripped near-shore habitats, competition for the remaining crustaceans has intensified, and the fishermen have been forced to explore ever-deeper waters, to dive more often and to stay under for more time, relying on scuba gear or breathing hoses attached to air compressors at the surface.

The equipment on the boats is mostly substandard and poorly maintained, fishermen and their advocates say. Few dive with gauges that measure depth or remaining air supply in their tanks. And typically, the fishermen receive no formal dive training. Instead, they pick up the trade from their relatives and friends through on-the-job instruction.

“Because of our economic need, there’s no other way,” said Mr. Stanley’s wife, Linda Bautista Salinas, 46, while sitting this month on the porch of their small, wooden house where the couple lives with 14 other family members. “The reality is very sad.”

The house, perched on wooden columns, has a roof made of corrugated metal. Like many homes in Puerto Cabezas, it has no indoor plumbing and the family draws water from a well.

The family lives down a winding, muddy path off a road that, like most streets in Puerto Cabezas, is unpaved and rutted. Most of the town’s population belongs to the Miskito Indigenous community, one of several ethnic groups living along Nicaragua’s Atlantic coast. The town feels remote, separated from the capital, Managua, by a long day’s drive through hot, humid savannas.

Mr. Stanley’s near-fatal accident happened many miles offshore. It was the off-season for lobster fishing, so he had been diving for conch using scuba equipment, at a depth of about 150 feet. His tank ran out of air and he surfaced too quickly.

“I fainted at the surface,” he recalled. He also couldn’t move.

The boatman radioed for help and, after some delay, a speedboat was dispatched from shore to retrieve him. He didn’t reach Puerto Cabezas for eight hours.

Mr. Stanley was rushed to the main public hospital, which has the region’s only hyperbaric chamber to treat decompression sickness. After six months, and constant physical therapy, he partly regained his ability to walk, though with considerable difficulty. He didn’t begin to feel somewhat normal again for a year. But when he did, it wasn’t long before he was diving again.

In 2007, under international pressure, Nicaragua’s National Assembly approved legislation phasing out diving as a means of catching lobster and shifting the industry to the use of lobster traps. The law provided a three-year window before the ban went into full effect.

But industry leaders and divers groups pushed back, saying the cost of converting their operations to traps was too steep and the changes would put a lot of divers out of work. So legislators agreed to postpone the law’s implementation, ostensibly to give the industry more time to transition.

“There are many logical reasons to replace diving with traps,” asserted Renfred Paisano, associate dean of the faculty of law and social sciences at Bluefields Indian and Caribbean University in Puerto Cabezas. “But there isn’t the political will to do it.”

Beyond the law intended to end diving, there are other regulations and norms — including international conventions — that prescribe workplace safety requirements that are intended to safeguard fishermen. But those are widely flouted and not tightly enforced, Mr. Paisano said.

“There’s a chain of corruption,” he said. “Officials at the highest levels have investments in the industry.”

Nancy Elizabeth Henríquez, a leader of the region’s Indigenous population and a former mayor of Puerto Cabezas, lays the blame for continuing unsafe practices on the ruling party of President Daniel Ortega, the Sandinista National Liberation Front.

Representatives of the national health ministry and the government agency that regulates the fishing industry did not agree to interviews.

In Puerto Cabezas, there appears to be no public outcry about the enduring dangers of the fishing industry and the inaction of the government to make it safer.

“The people are accustomed to what’s happening,” said Kenny Lisby, 59, the founder and director of Radio Caribe, a local radio station.

At the same time, the need to dive is as great as ever these days. The pandemic has walloped the Nicaraguan economy, which was already reeling from a two-year recession. And late last year, two major hurricanes made landfall, two weeks apart, just south of Puerto Cabezas, damaging or destroying thousands of homes.

Clifford Piner, 68, a veteran fishermen, was standing in the shade of a palm tree watching the action on the town’s beach. He had lost his own panga and all his diving gear — nearly $50,000 worth of equipment, he said — when Hurricane Iota blasted ashore in November, and he was trying to wrangle some work to make ends meet.

He started diving these waters in 1970, he said, sounding wistful about that era, remembering the plentiful catch so close to shore, the ease of working in shallower waters, the relative safety of it all.

But he also knew that many — including himself — had no alternative despite the hazards. “No work,” he said. “Just the diving.”

And without it, he added, “we die of hunger.”