JAKARTA (Reuters) – For Indonesia’s 225 million Muslims, celebrating Eid al-Fitr this year, the end of the holy fasting month of Ramadan, is bittersweet. 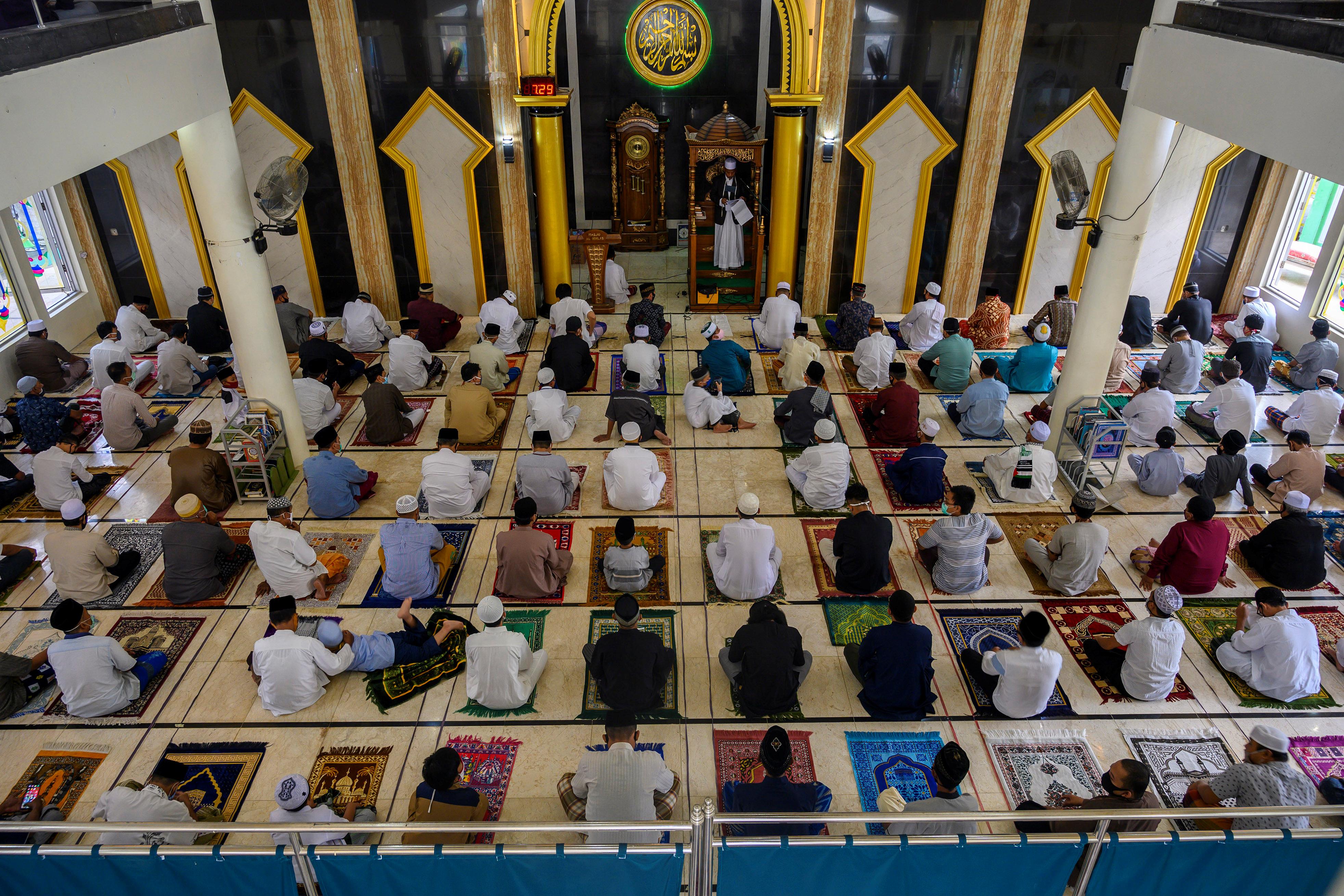 Many are forced to spend it away from their families due to travel restrictions imposed to curb the spread of COVID-19. Hundreds of mosques across Indonesia, however, are still hosting prayers, albeit while asking participants to wear masks and attempt social distancing.

Eid is traditionally a raucous three-day celebration in the world’s largest Muslim-majority nation, marked by large family festivities, the exchange of gifts and mass prayers.

But Indonesia has struggled to stem its coronavirus outbreak, with more than 21,000 cases. On Saturday, its reported death toll had reached 1,351, the highest in East Asia outside China.

Indonesia’s biggest Islamic group, Nahdlatul Ulama (NU), issued a fatwa this week urging Muslims to pray at home, rather than congregate in mosques.

Dicky Adam Sideq chose to spend Eid in the capital Jakarta, where cases have been concentrated, rather than risk travelling 150km home to Bandung, in neighbouring West Java province.

“What if I’m an asymptomatic carrier and infect others?” the 25-year-old photo editor told Reuters, after video calling his family, who he has not seen for the last four months. “I will wait until the situation is better before going home.”

Sideq and 18 others at his boarding house decided to do morning prayers together and cook the feast they would usual eat with their families.

“The most important thing is the Eid prayer. Thankfully, we can still pray together,” he said.

Thousands of Indonesians are still congregating at mosques for prayers, despite the risks.

Novita Sari, 37, told Reuters she went to her mosque in Klaten, in Central Java, after her village chief insisted the community attend prayers because no one had tested positive for the coronavirus.

Participants were asked to wear masks and bring prayer mats from home. The mosque checked temperatures, and the elderly and young children are not allowed to attend.

“It’s okay to be worried about COVID, but we should not be paranoid,” she said. “We also need to balance our obligations to this world and to the afterlife.”