PARIS (Reuters) – France tiptoed out of one of Europe’s strictest coronavirus lockdowns on Monday, reopening shops, factories and some schools to revive the economy but wary of the risks of a second wave of infections.

With the world’s fifth highest official death toll, France is allowing a return to workplaces with social distancing measures and re-opening schools in phases. The country’s 67 million people can now leave home without government paperwork.

“Everyone’s a little bit nervous. Wow! We don’t know where we’re headed but we’re off,” said Marc Mauny, a hair stylist who opened his salon in western France at the stroke of midnight.

In central Paris early on Monday, traffic flowed along the Champs Elysees, a giant tricolore flag billowing under the Arc de Triomphe at the boulevard’s summit, as workers cleaned the windows of shop-fronts ahead of reopening.

Commuter traffic on the capital’s metro lines was lighter than normal. Passengers have to wear masks and stickers on seats marked out social distancing.

France had enforced an eight-week lockdown to curb the spread of the coronavirus that only allowed food stores, pharmacies and tobacconists to stay open.

President Emmanuel Macron’s government lifted the lockdown after the rate of infection slowed and the number of patients in intensive care fell to less than half the peak seen in April. The virus has claimed 26,380 lives in France.

Business can now re-open providing they put in place safety precautions. But people can only travel up to 100 km (62 miles) unless for professional reasons, funerals or caring for the sick. 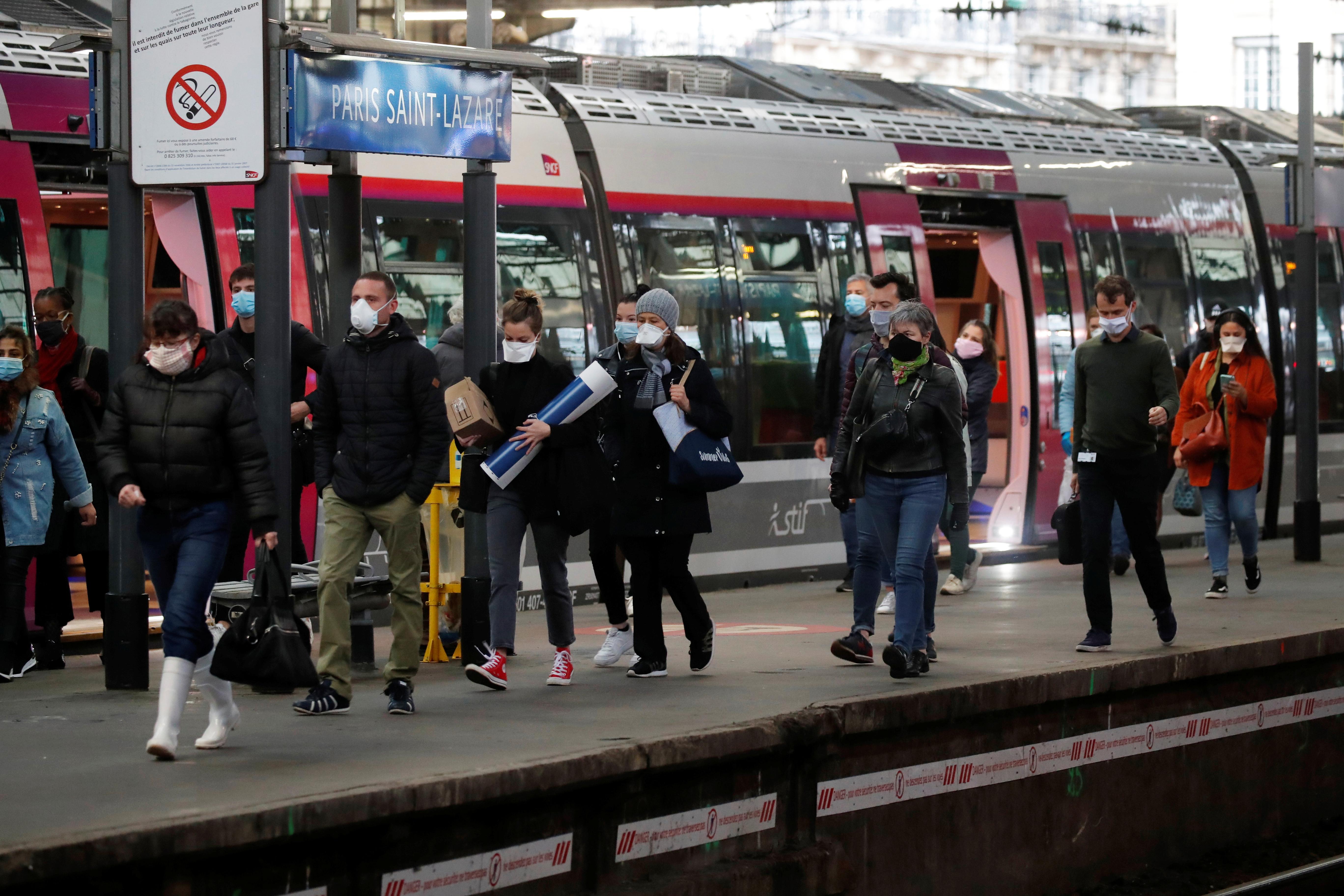 France’s blueprint for easing the lockdown reflects a balancing act, with the government keen to relieve the mounting frustration of people holed up in their homes since mid-March without heightening the risk of a second wave of infections.

Eager to help workers return to their jobs, kindergarten and primary schools reopen this week, and junior high schools later in the month in areas where the infection rate is low. Class size will be limited to 15 pupils and secondary school pupils will have to wear masks.

The government has urged caution, with some regions including the Paris area remaining “red zones”, and subject to additional restrictions. People across the country are advised to work from home if they can.

Macron is, though, eager to rescue an economy in free fall. The euro zone’s second biggest economy is forecast to contract 8% this year.

Underlining the difficulties ahead, Finance Minister Bruno Le Maire said he regretted a decision by the hardleft CGT trade union to prevent a reopening of a Renault plant at Sandouville.

France’s key automaker industry has been hit hard by the crisis and Le Maire said he would hold more meetings this week with industry representatives.

“We hope for a significant return to work, that the largest number of employees possible can get back to their companies and get France back in working order, under conditions of maximum health security,” Le Maire tweeted.

The public health crisis will leave long-lasting marks in France, as it will across the world.

The French, long accustomed to being told their high taxes paid for the best healthcare in the world, have been dismayed by the rationing of critical drugs, face masks and equipment. They have watched with envy as neighbouring Germany appears to have coped better with the coronavirus pandemic. 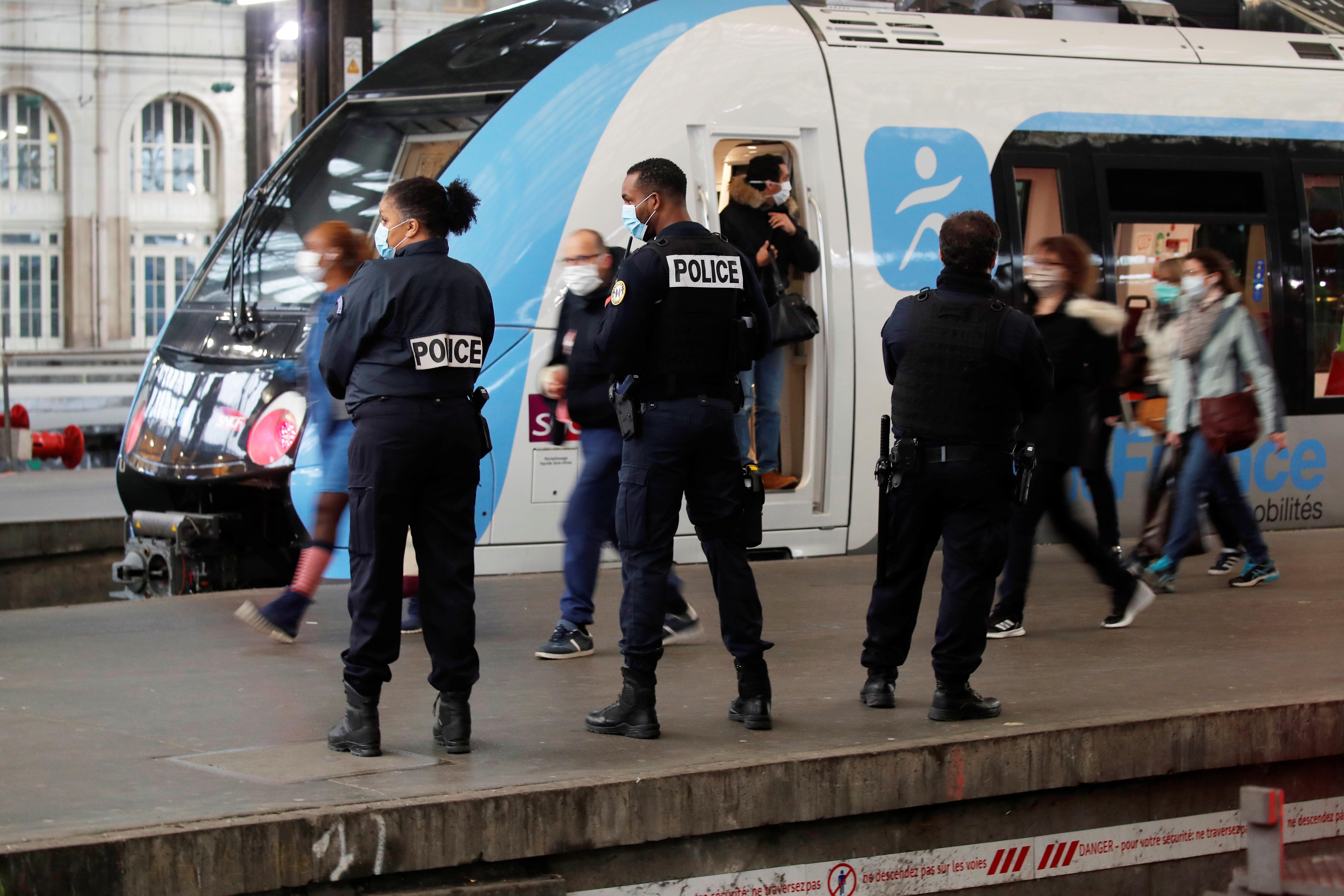 After initially enjoying a rebound in popularity, Macron’s handling of the crisis has been criticised by opponents and swathes of the public and fuelled mistrust.

Macron’s popularity rating fell to 34% in May, down 5 points from a month ago, according to a recent Elabe poll for Les Echos newspaper.