France and Germany pushed earlier this week to tighten European Union borders to head off what French President Emmanuel Macron called the “threat of terrorism” after suspected Islamist militants killed eight people in Paris, Nice and Vienna within a month.

The attacks refocused the E.U.’s attention on religious extremism, which fell off the top of the political agenda after the 2017 defeat of Islamic State forces in the Middle East.

The attacks in Nice and Vienna involved assailants who moved freely between Schengen countries.

“The threat of terrorism weighs on all of Europe. We must respond,” Macron said after discussing the matter with Merkel, Austrian Chancellor Sebastian Kurz, Dutch Prime Minister Mark Rutte and top officials in Brussels, the E.U. hub.

“To reform Schengen is to allow free movement in security.”

Merkel sided with Macron in demanding stricter controls along the external frontier of the Schengen area, which brings together 26 countries, including most E.U. members as well as Iceland, Norway, Switzerland and Liechtenstein.

“It is vitally necessary to know who comes in and who leaves the Schengen area,” she said.

National security concerns, chaotic migration into the E.U. from the Middle East and Africa in recent years and most recently the coronavirus pandemic have led to the re-emergence of some border controls in the Schengen zone — eroding what has been hailed as a milestone achievement in Europe’s post-World War Two integration. 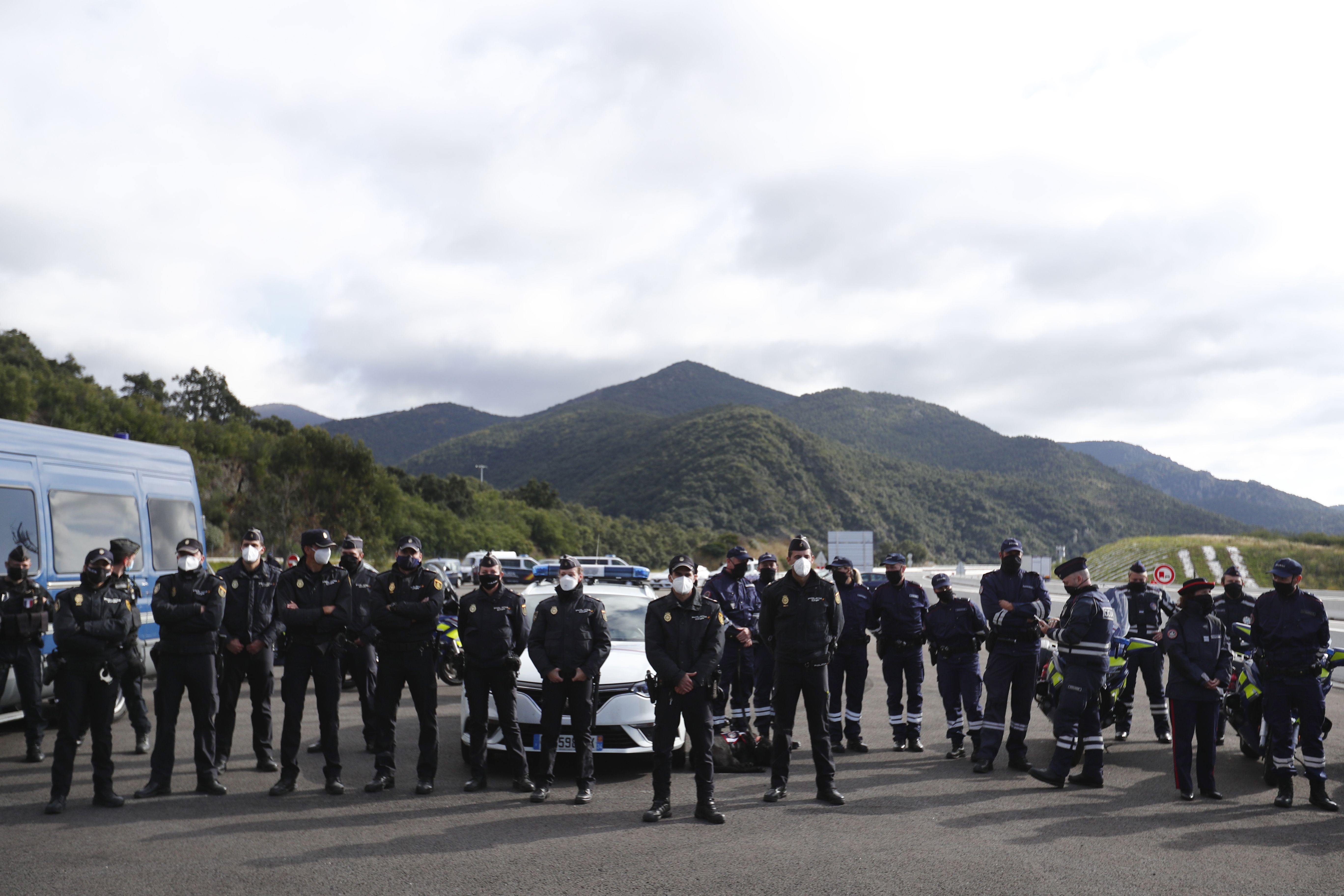 E.U. justice and interior ministers meet on Friday — the fifth anniversary of coordinated attacks in Paris in which Islamist gunmen killed more than 130 people — to discuss a joint security response to the latest incidents.

Improving the sharing of security data and beefing up the bloc’s border force Frontex are also on the E.U.’s to-do list, according to their draft decision, which was seen by Reuters.

Crucially for Macron, the ministerial decision includes language reinforcing E.U. countries’ rights to temporarily suspend free movement across Schengen borders during security alerts. France has had such curbs on free movement in place since 2015.

But many of the proposals now on the table have proven difficult to agree, let alone implement, suggesting the 27 national E.U. leaders will have a hard nut to crack when they are due to decide on concrete steps in December.

The discussion about harsher security measures comes as the bloc’s executive has been making efforts for a “fresh start” on another sensitive debate within the bloc — immigration.

Brussels proposed last summer to resolve years of arguments over how to handle new arrivals by pushing for stricter border checks, tougher asylum scrutiny and effective returns of those not eligible — but also a warmer welcome for refugees and legal labour immigrants to the aging continent.

The 27 E.U. ministers are due to discuss those proposals on Friday. Commenting on the latest attacks, the E.U.’s top migration official, Home Affairs Commissioner Ylva Johansson, said on Tuesday the two debates should not be confused.

“It is important that we are not afraid or migration, especially not of migrants,” the Swede said in a speech.

“We need to manage migration but migration by itself is not a security threat. There might be individuals who are dangerous — among migrants but also among people who already live here.

“Migration as such is not dangerous,” Johansson said.