Thousands of people have taken part in protests in France against a proposed new law that would ban the filming of police.

The demonstrations, at numerous sites across the country, took on an additional significance as they came in the hours after President Emmanuel Macron said footage showing Paris police attacking a black man was “unacceptable” and “shameful”.

Saturday’s protests were planned before the images were released, but Sky’s Michelle Clifford said the video has gone viral in France and has fuelled the size of the protests. 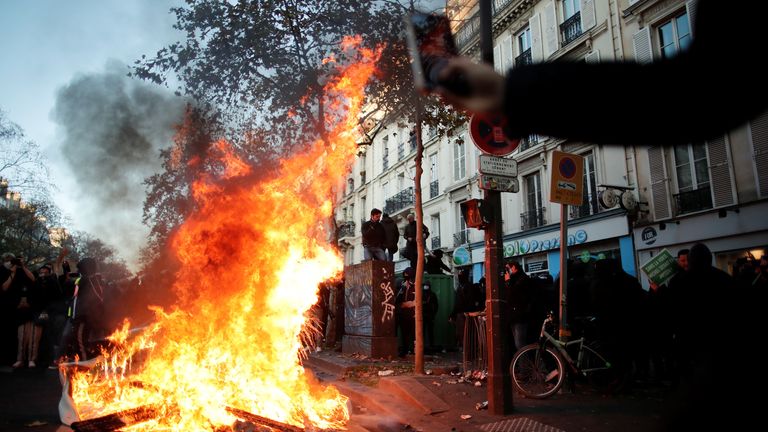 She said: “Very angry scenes on the streets. There are flash bomb grenades being thrown. A lot of people are extremely angry about the proposed legislation and what they will say is another example of what they will call police brutality.”

More pictures were posted on social media showing police officers hitting demonstrators at the dismantling of a migrant camp in the capital this week.

Protesters set furniture alight and clashed with police as they tried to block access to certain roads.

In Lille, Rennes, Strasbourg and other cities, thousands more took to the streets. 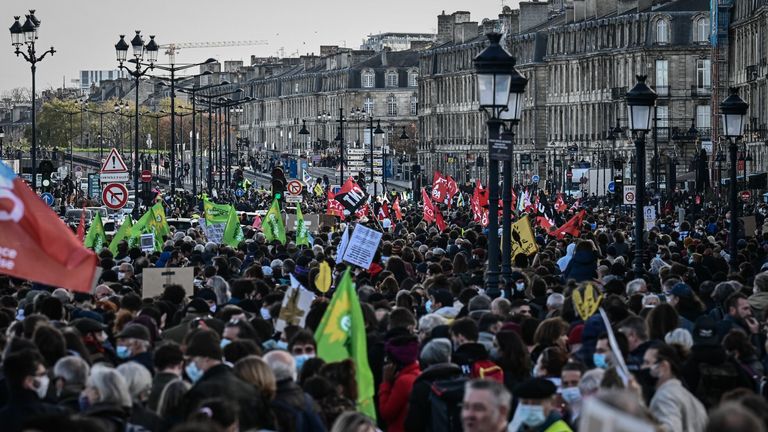 People took part in dozens of rallies against the legislation which would make it a crime to publish photos or video of an on-duty police officer with the intent of harming their “physical or psychological integrity”.

Civil liberties groups and journalists have reacted with concerns that the measures will prevent police brutality from coming to light.

Tear gas was fired after some masked protesters launched fireworks and threw stones.

Some in the crowd, who were worried about the impact the laws could have, had personal experience of what they said was unacceptable treatment at the hands of police. 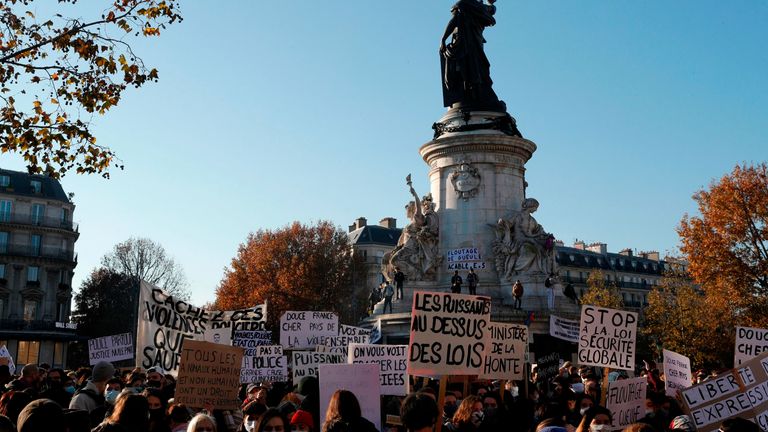 Kenza Berkane, who is French and of North African origin, described being stopped by police on the metro while white friends were allowed to continue.

“It’s the impunity that’s what makes us so angry,” the 26-year-old said. “We ask ourselves when is this going to stop?”

It comes after an investigation was launched into the violent arrest of Michel Zecler, a music producer who says he was racially abused by officers on Saturday.

The incident was captured on CCTV and mobile footage, and was circulated widely.

Under the new law, it is possible some of those who either filmed the incidents or reposted them could have found themselves in trouble.