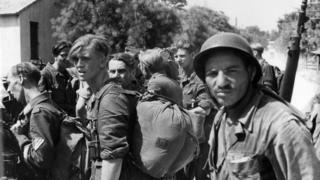 France’s armed forces ministry has provided local authorities with a guide to 100 Africans who fought for France in World War Two, so that streets and squares may be named after them.

France’s reappraisal of its colonial past is fuelled by the global anti-racism protests and Black Lives Matter.

There are many Senegalese and North African soldiers on the list, but none from what was French Indo-China.

Africans played a big role in the liberation of France in 1944.

French Junior Defence Minister Geneviève Darrieussecq, presenting the 210-page booklet, said “the names, faces, lives of these African heroes must become part of our lives as free citizens, because without them we would not be free”.

Last month a statue of Jean-Baptiste Colbert, who drew up rules for French colonies in the 17th Century, was vandalised. Many statues identified with slavery and colonialism have been knocked down or vandalised in Europe and the US.

She said that “today very few of our streets are named after these African combatants, so the aim is to build”.

She said plaques should explain the role of an African war hero commemorated with a statue or street name.

In January, in the southern town of Bandol, a central square was named after five African soldiers who took part in the liberation.

More than 400,000 Africans in the Free French Forces took part in the Allies’ landings in the south of France in August 1944, codenamed Operation Dragoon. They were involved in heavy fighting to liberate Toulon and Marseille.

The landings were crucial to oust Nazi German forces from the south, while the Allies in northern France were pushing south, having landed in Normandy in June.

After the Nazi invasion of France in 1940 many Africans in French colonies volunteered for Gen Charles de Gaulle’s Free French Forces, though many were also drafted into service.

About 400,000 came from Algeria, Morocco and Tunisia, and more than 70,000 from Senegal and other sub-Saharan colonies. 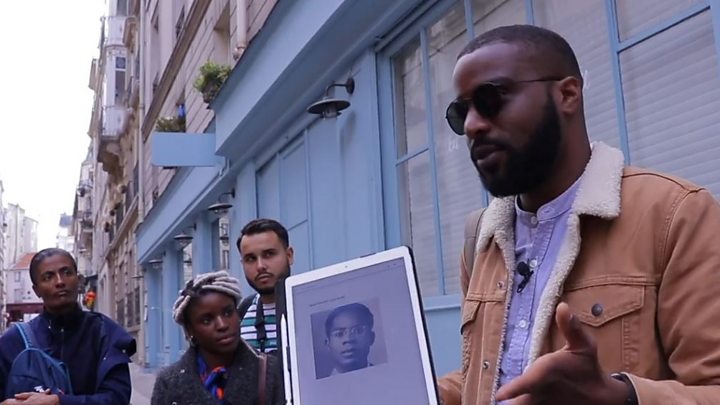 At a ceremony last August commemorating Operation Dragoon, President Emmanuel Macron praised the Africans who made up more than 80% of the French landing forces. “Yet who among us today remembers their names, their faces?” he asked.

Sira Sylla, an MP campaigning to get due recognition of Africans’ contributions to modern France, welcomed the government initiative.

“Like it or not, their forefathers took part in the liberation of France. The history of our country and history of Africa are linked and it is urgent to spread that knowledge,” she said.