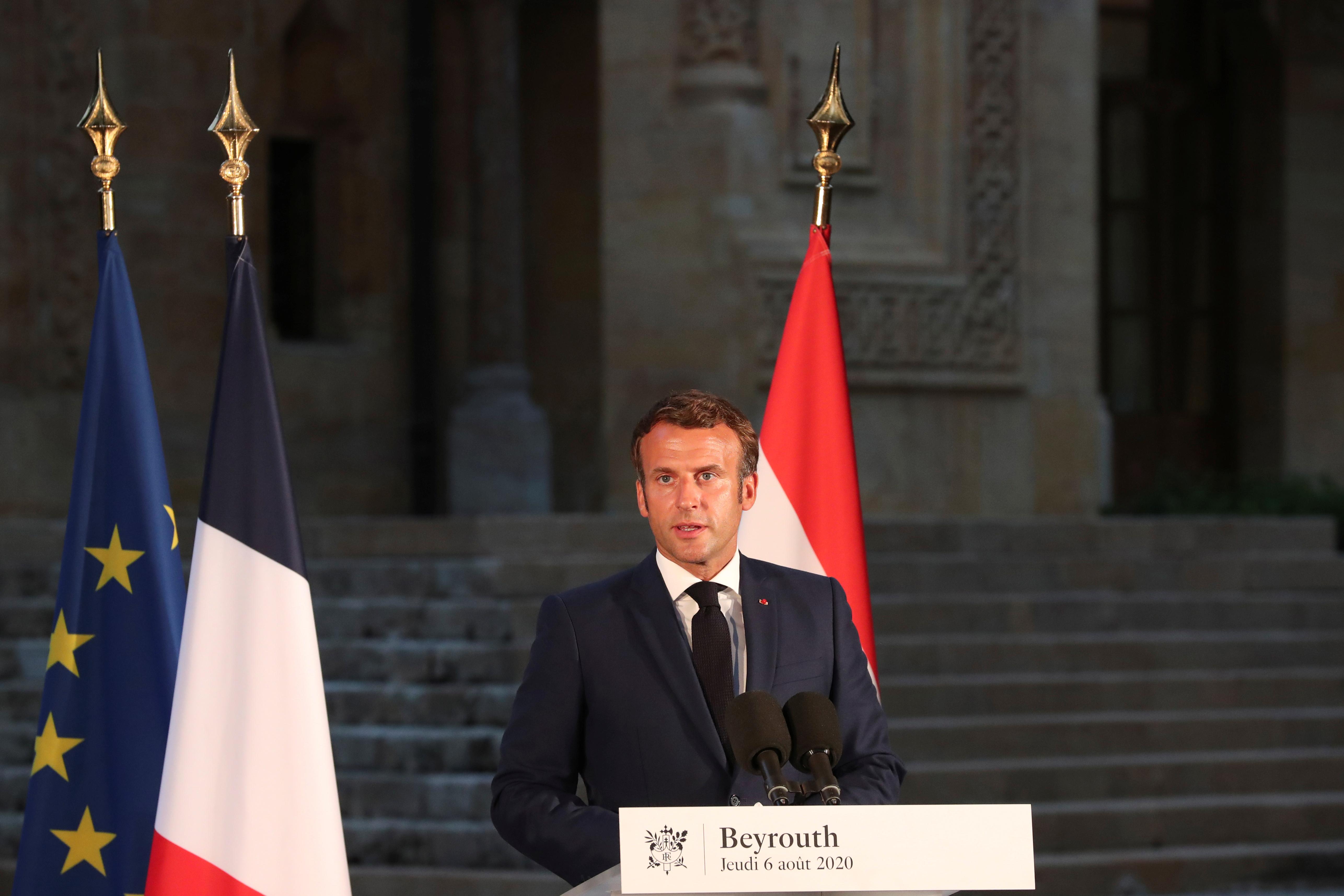 Lebanon was already mired in deep political and economic crisis when the blast ripped through its main port on Tuesday, killing 158 people, injuring more than 6,000 and destroying a swathe of the city.

Rebuilding Beirut could run into the billions of dollars. Economists forecast the blast could wipe up to 25% off of the country’s GDP.

Many Lebanese are angry at the government’s response and say the disaster highlighted the negligence of a corrupt political elite. Protesters stormed government ministries in Beirut and trashed the offices of the Association of Lebanese Banks on Saturday.

Macron visited Beirut on Thursday, the first world leader to do so after the explosion, and promised the Lebanese people humanitarian aid would come but that profound political reform was needed to resolve the country’s problems and secure longer term support.

“I guarantee you, this (reconstruction) aid will not go to corrupt hands,” Macron told the throngs who greeted him.

There has been an outpouring of sympathy for Lebanon from around the world this week and many countries have sent immediate humanitarian support such as a medical supplies, but there has been an absence of aid commitments so far.

Trump will participate in the video-link conference.

“Everyone wants to help!” he tweeted.

Germany will commit an additional 10 million euros ($11.79 million) in emergency aid on top of the rescue contributions already underway, its foreign minister said.

A Macron aide declined on Saturday to set a target for the conference. Emergency aid was needed for reconstruction, food aid, medical equipment and schools and hospitals, the official said.

Representatives of Britain, the European Union, China, Russia, Egypt and Jordan are expected to join the conference, hosted by Macron from his summer retreat on the French Riviera. Israel and Iran will not take part, the Elysee Palace official said.