French authorities stood by while their UK counterparts scrambled a helicopter and lifeboat to rescue the terrified migrants and bring them to Britain, sailor Brian Nelson said. Now Mr Nelson has accused the French authorities of grave negligence, pointing out the massive risk to life such hazardous crossings of the English Channel posed. The leisure sailor, who was travelling south from Boulogne to Dieppe on Saturday, said after about an hour at sea, he received a call on the radio telling him his boat was close to a dinghy containing about 50 migrants.

He told Express.co.uk: “They have obviously had some sort of report that a boat had been launched, they then looked on their radar and they’ve seen a British boat which was us so they called us.

“So we were aware that a boat had been launched close to use so we were scanning the beach with binoculars and I see about five miles down from Boulogne towards Dieppe, a tractor launched two boats. 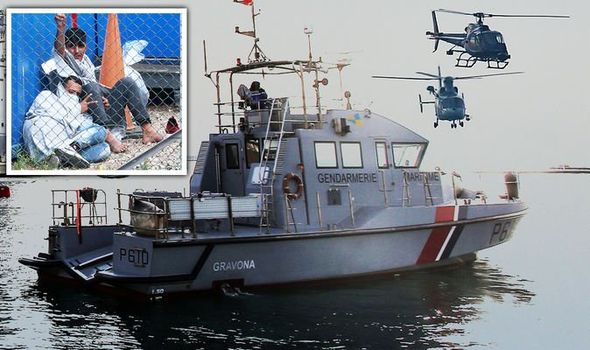 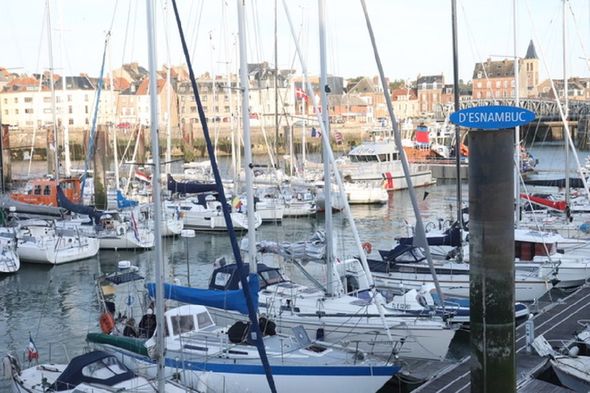 “One of them was a rig, with one man in it, but the other boat was a slightly bigger boat with about 10-15 people in it.

“The really weird thing is I then saw the headlines the next day and there was a front-page picture in it of a rig with a number people in it at Dover and the picture was identical to the boat that I could see.

“So the French had asked me to look for a boat, I reported it to them that I could see this boat and I thought there was 10-15 people in it and they said thank you very much, keep your eyes out.

“But after that we say nothing. Then after a couple of hours we then start to hear on the VHF radio Dover coastguard saying they have tasked the Border Force vessel Searcher to intercept this boat. 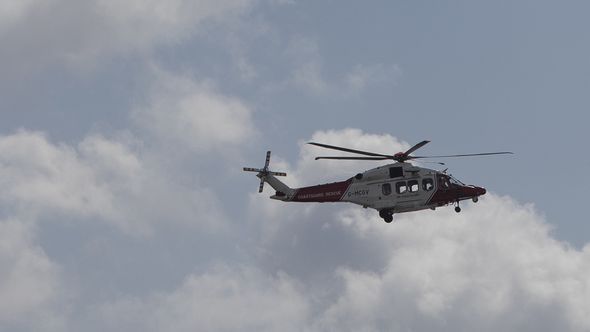 “And then we could see on AIS that the Dover lifeboat had been launched and then we heard the Dover coastguard talking to the coastguard helicopter, Rescue 163, and it was circling overhead.

“It’s all a hugely disproportionate response – all this could have been prevented if the French had intercepted them on launch.”

Mr Nelson said he had been forced to the reluctant conclusion that the French authorities did not regard it as their problem.

He explained: “They don’t want to know, these people, do they? 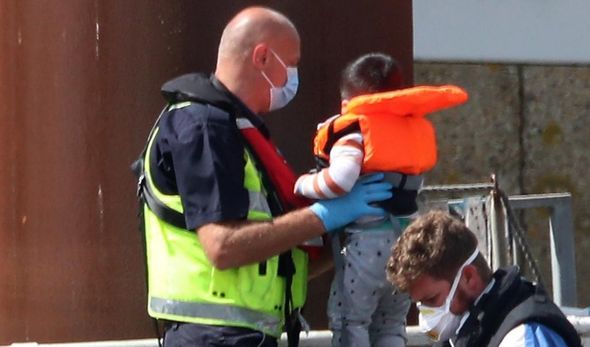 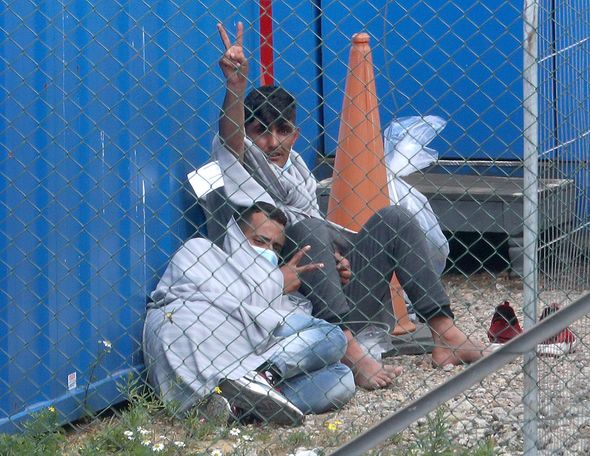 “They are just helping them across the Channel and letting the English deal with them.

“We were sailing past this beach for an hour or so. An hour later I didn’t see anybody on the beach, so they haven’t responded to my report.”

Later that day Mr Nelson and his wife arrived in Dieppe, where they saw and photographed the French Gendarme cutter, similar to Dover’s coastguard’s Searcher.

He added: “As you can see from the photograph, this is a French fast patrol boat and they were sitting there with crew on board chatting to some yachtsmen who were coming in. 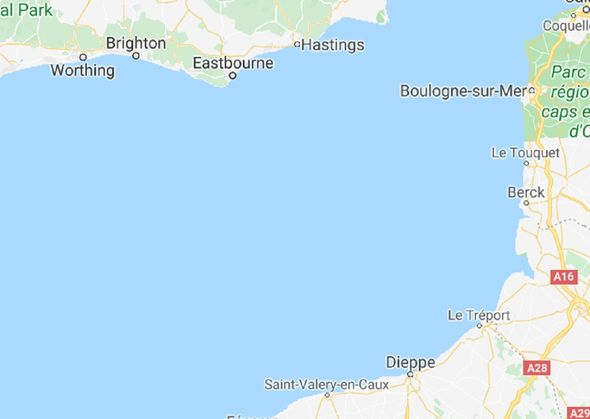 “It’s a classic case of passing the buck, if not worse than that.”

Mr Nelson was also keen to emphasise the danger anyone attempting to cross the choppy waters of the Channel was taking.

He said: “We heard on the radio, and I think this may have been the boat that I saw, the helicopter was saying that only two people in the boat had life jackets and when the boat was swamped, seven people fell in the water.

“Then Dover coastguard issued an edict that they could not deal with any routine traffic because they were dealing with a major incident, because they had to bring in about three boats altogether.

“I wasn’t surprised by it all – I live in Kent and there is a lot about it on the news at the moment. 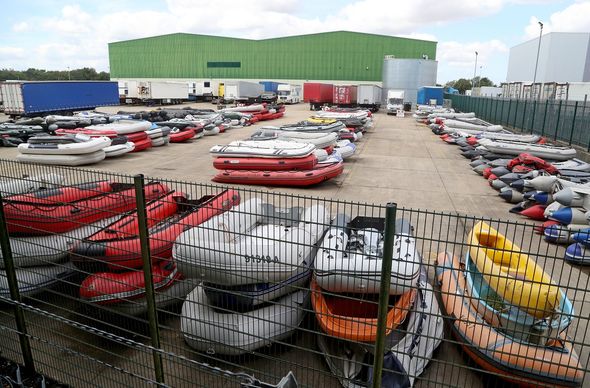 “We should be preventing these people from crossing to save their lives.

“We were appalled by the French disregard for life safety let alone the dumping of migrants on the UK.”

On Monday it was revealed 180 people had managed to get across the Channel over the weekend, with another 200 intercepted by the French on the way.

The number of migrants trying to cross the English Channel is believed to have increased significantly during the lockdown, with some even attempting the journey in kayaks.

Minister for Immigration Compliance and the Courts Chris Philp told Express.co.uk: “It is in the interests of both France and the UK to stop people making this dangerous journey. The French have stopped thousands of migrants this year and those who reach the UK via this route are being returned.

“But we are pressing the French Government for stronger enforcement measures, including interceptions at sea and direct returns of boats.

“We are also taking action to prevent boats from launching, including setting up a joint intelligence cell, to go after the criminals behind these crossings. This year, 22 people smugglers have been jailed and earlier this week our investigations resulted in 11 more arrests.”

A spokeswoman for the French Embassy in London, speaking on behalf of the French government, declined to comment when approached by Express.co.uk

Brian Nelson is not the sailor’s real name. He asked for his real name not to be disclosed.