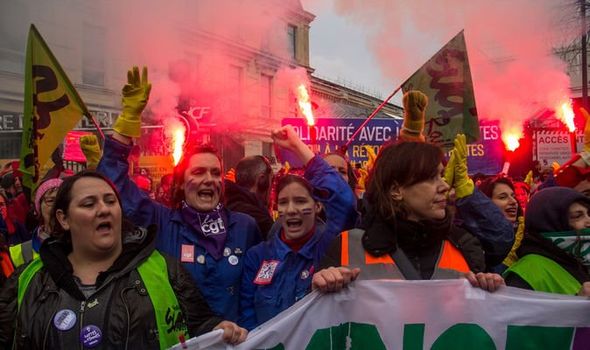 Millions of women took part in events across the world but trouble flared at some rallies and police have been condemned for taking a heavy-handed approach. Islamists pelted campaigners with stones, shoes and sticks as they marched through Pakistan’s capital Islamabad. Women and men joined the event, one of several rallies across the country, for what is known in Pakistan as the Aurat March, using the Urdu word for women.

You know, whatever they do, they can’t scare us. Their scare tactics aren’t going to work on us

But hundreds of men and women from the Red Mosque brigade, consisting of several local militant groups, and a Taliban allied religious party staged a rival rally just across from the women’s march venue.

Police official Mazhar Niazi said the Islamists as they tried to break through a cordon to attack the marchers but were restrained by officers.

He said they then threw stones, bricks, sticks and shoes at the marchers. 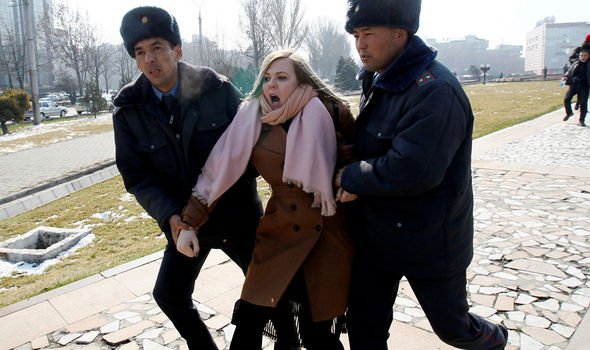 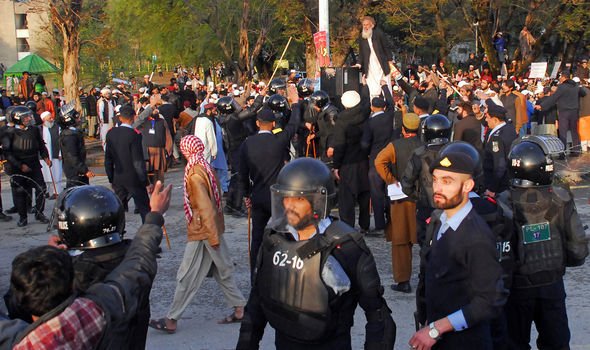 Event organisers said some of those marching were hit by stones and bricks and were injured.

But one of the organisers, Anam Rathore, said: “You know, whatever they do, they can’t scare us.

“Their scare tactics aren’t going to work on us.” 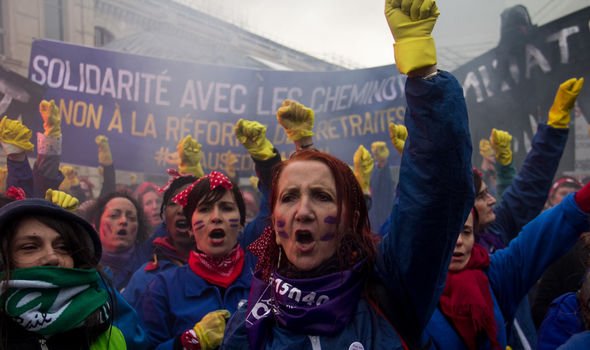 There were also violent clashes in Kyrgyzstan where police detained about 60 people after an unauthorised rally to mark International Women’s Day was broken up by a group of men.

Demonstrators had gathered for a rally to express support for women’s and children’s rights in the capital Bishkek but unidentified men barged in to disrupt the event.

Bishkek police said people from both sides were detained but news reports said the detainees were mainly women. 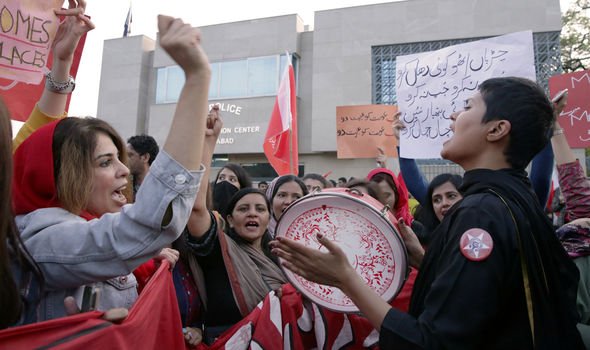 Lawyer Bakytbek Aftandil said those detained were released several hours later and that about 10 of them had been charged with resisting police, which carries a fine £33.

Witnesses said a crowd of a few hundred women massed at the edge of Taksim Square holding banners and waving flags.

Police formed a human blockade to stop them from entering Istiklal Street, the district’s main pedestrian avenue and then used teargas to clear the square.

There has been fierce criticism of police reaction to a march in Paris on Saturday night organised by feminist groups away from the official International Women’s Day events in the city yesterday.

Several thousand women took to the streets to call for an “anti-racist feminism”. 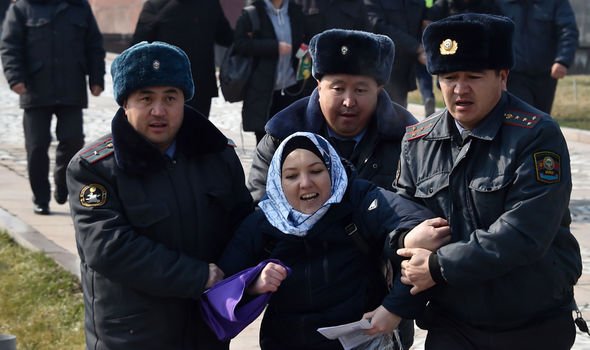 But police used teargas to disperse the crowds at Republique and nine people were arrested.

A police source said demonstrators lay down on the ground and some chanted anti-police slogans. The source said there was some property damage as groups tried to break off from the main march.

But Paris mayor Anne Hidalgo said she was shocked by what she called the “inadmissible and incomprehensible” violence against the women by the police.

And equalities minister Marlène Schiappa tweeted: “All women should be able to demonstrate peacefully to ask for their rights to be respected.”