On a hill in Nice’s northern quarter lies Roquebilliere, a collection of tower blocks that are home to many of the city’s Muslim immigrants.

I was there to meet Said Chatoui, who invited me to join his family as they celebrated the birthday of the Prophet Muhammad.

It is of course the perceived insult to Islam and its most revered prophet which is at the centre of the deepening crisis gripping France. 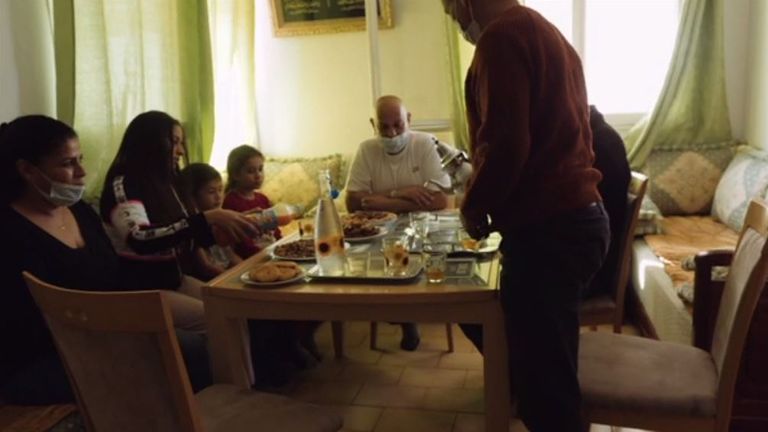 In the stairwell of Said’s high rise, a group of young men stared suspiciously at us. The French news media is deeply unpopular among many Muslims here, who accuse them of stoking tensions.

Said assures us we’re fine here as long as we’re with him – and anyway, they don’t mistrust international media quite as vehemently at their own press. Although, I don’t think we’ll be winning any popularity contests anytime soon.

Said has lived here, in a three-bedroom apartment on the 12th floor, for 26 years.

He introduced us to his wife Saadia, one of their five daughters, Shaima, and three of his five grandchildren.

The retired maintenance technician told me he’s deeply concerned for the future here as tensions continue to deepen.

Like the vast majority of France’s six million Muslims, Said is horrified by Tuesday’s terror attack at the Notre Dame Basilica. 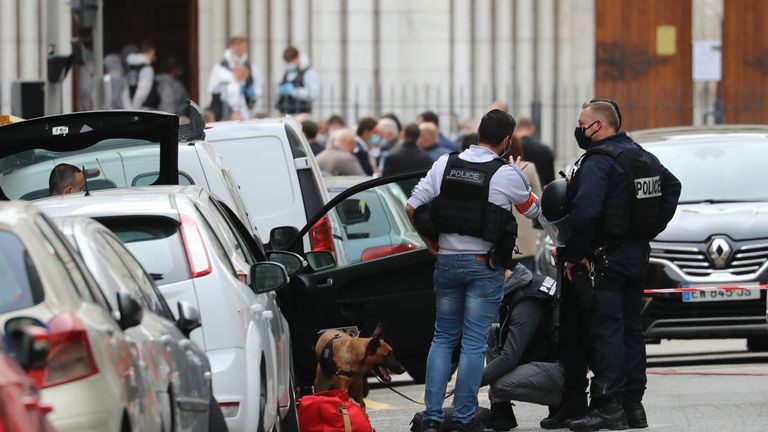 “It’s more than sadness,” he said.

“Disgust. Anger also, anger at what happened. Anger also because we’re not doing what we need to. We’re letting people run around who shouldn’t be here. They shouldn’t be allowed to be free.”

As we sipped mint tea and the children drank their orange juice, Said told me that French politicians – in particular the French president – are just as culpable.

Emmanuel Macron, he said, was becoming increasingly hostile towards Islam and that many French Muslims, particularly immigrants, felt besieged. With France now on its highest state of alert, Said said he feared that other attacks might still follow.

“Macron needs to take responsibility for his words. When you draw caricatures of Prophet Muhammad, you insult two billion Muslims. Who can control that many people?

“And of those two billion Muslims, how many of the young ones are going to be legitimised after Macron’s words? Why put fire on fire? He needs to take a step back.”

Said accepts there is more that people in his own community could do to help steer younger, more impressionable Muslims away from a path towards extremism.

But he says it’s increasingly difficult to connect with those young people.

“In our mosque, we see some young people who don’t understand Islam. We used to have the resources to help them but we don’t anymore, so these young people are abandoned.

“Closing mosques makes it worse. With them closed, they go to other places where the people are more dangerous, which is totally uncontrollable.”

As we left Said’s apartment, he thanked us for taking interest in his story. He wants the world to know of the growing groundswell of anger within immigrant communities like his, but has little hope that anything will change for the better anytime soon.