Russia: Germany and France urged to 'stand up' by expert

Michael Shoebridge, security director of the Australian Strategic Policy Institute (ASPI), urged France and Germany to stand up to Russia as without opposition the nation will continue to push buttons and encroach on other countries. Mr Shoebridge explained Russian movement appeared to test the character of US President Joe Biden who U-turned on sending two US warships to the Black Sea. Mr Shoebridge added Germany may be able to put more pressure on Russia due to their Nord Stream 2 gas pipeline arrangement and stressed NATO and the US need to do more to oppose Putin.

Discussing the issue of Ukraine and the Russian military’s operation near its border, Mr Shoebridge told Sky News Australia: “[Putin] is wanting to use this moment to say, don’t forget about Russian power.

“So it’s a moment for the new US president and NATO and big powers in Europe like Germany and France to stand up.

“Because if they don’t oppose this Russian move then the prospects of potent acting are higher.

“So it’s time for the US, NATO, Germany and France to show their words matter. 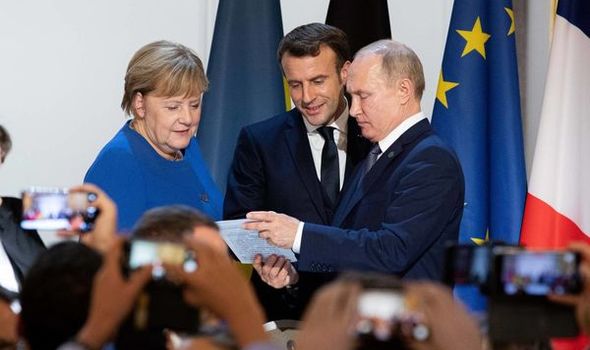 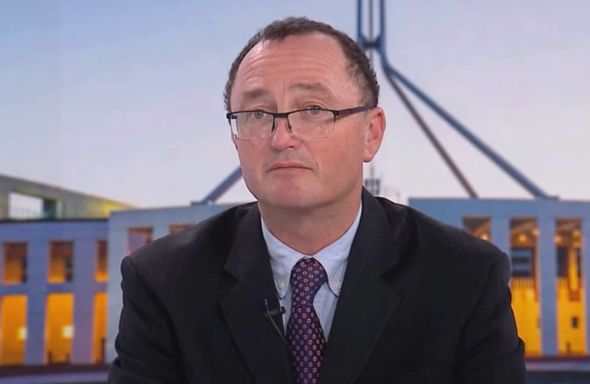 “But I think the bigger reasons that Russia is acting beyond that are Russia is under a whole lot of international pressure now.

“There are sanctions against Russia because of their solar wind hack, that giant global cyber hack.

“The Ukrainian Government’s put sanctions on about 80 Russian companies and some Russian officials.

“And we’re right in the middle of the finalisation of the Nord Stream pipeline.”

The Nord Stream 2 pipeline is 95 percent complete and it will deliver Russian gas to Europe but will circumvent Ukraine. 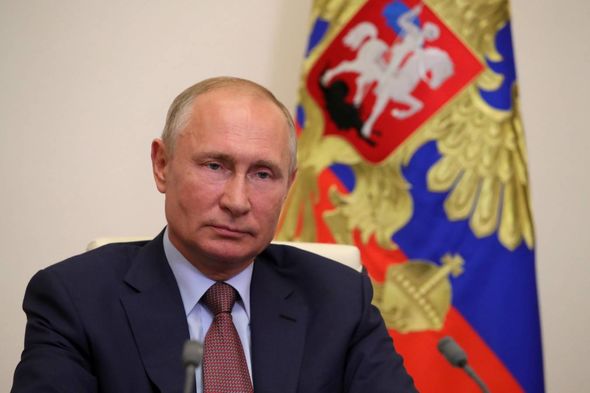 The pipeline has been a huge diplomatic issue between Europe, Russia and the US, with the latter putting sanctions on companies involved in its construction.

Gas had entered Europe via Ukraine who charges a sizeable “transfer fee” to allow the gas to move through.

But the new pipeline will go around Ukraine meaning no fee will be paid and will increase energy dependence on Russia in Europe – a move President Biden and the US administration opposes.

Mr Shoebridge continued: “Putin needs to distract from things at home as his main domestic critic, Alexei Navalny, is on a hunger strike and his supporters are calling for mass protests. 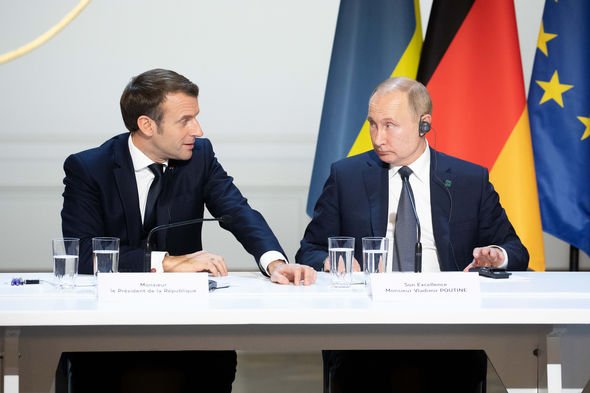 “All of this adds up to them thinking maybe the use of the military is a great way to distract from these growing problems and solidify support at home.”

The defence expert was then asked what would be the worst thing that could happen with Russia.

He explained: “Well, the worst is a further Russian invasion of Ukrainian territory – maybe taking control of those Russian separatists enclaves.

“Maybe expanding territorial control there and putting a very naked challenge in front of the US and NATO.

“I think the thing that might hold Putin back actually is the Nord Stream pipeline.

“This multibillion-dollar deal with the Germans to bypass Ukraine with an undersea gas pipeline.

“There seems almost no way Merkel could complete that deal if he acts militarily against Ukraine in that way.”