BERLIN (Reuters) – Chancellor Angela Merkel announced steps on Wednesday to ease the coronavirus lockdown in Germany but at the same time launched an “emergency brake” mechanism allowing for renewed restrictions in case infections pick up again. 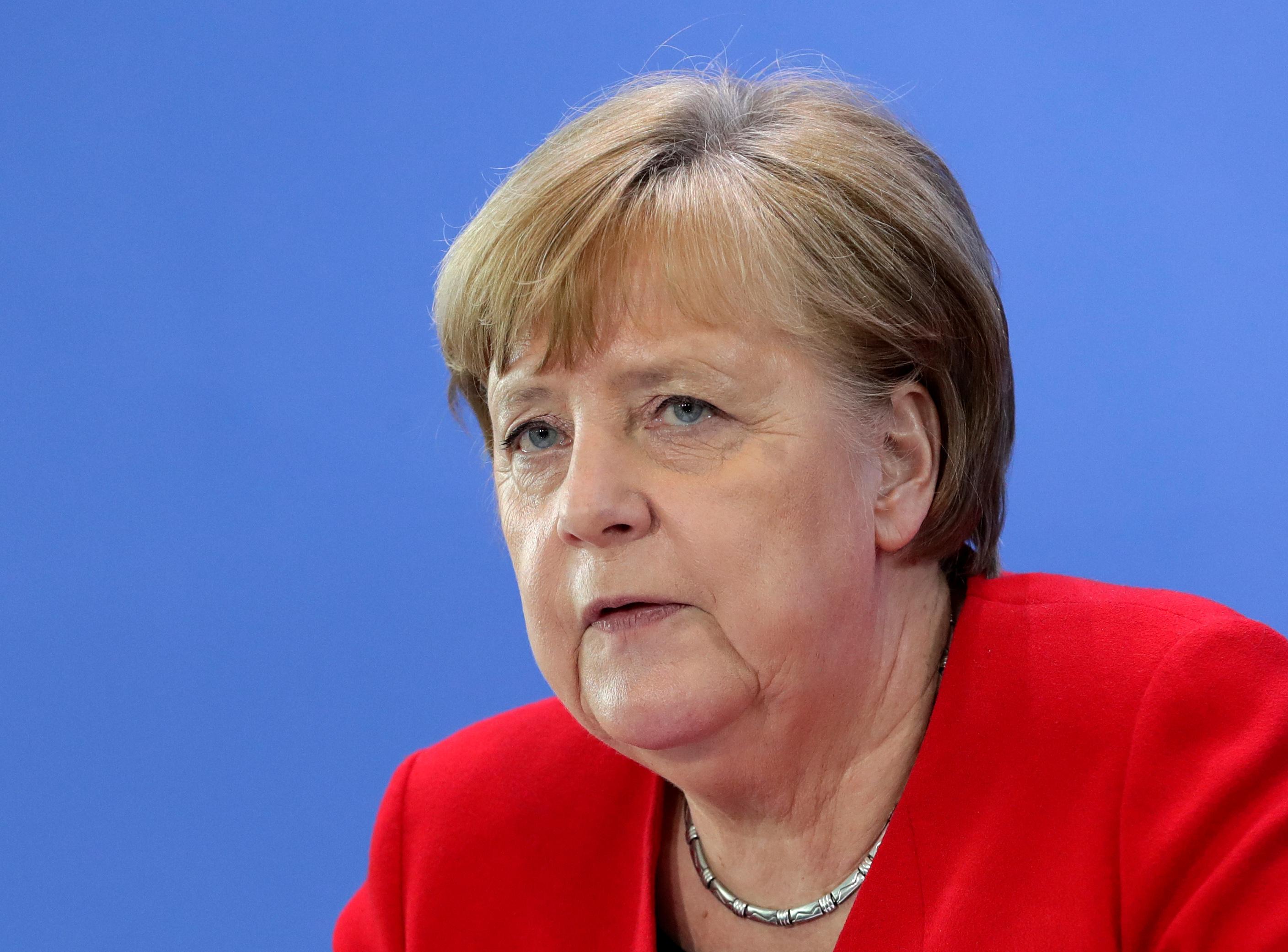 Declaring an end to the first phase of the pandemic in Germany, Merkel said there was still a long way to go in the battle against the virus, which has battered Europe’s largest economy.

The government will decide on an economic stimulus package in June, Merkel said, adding this was a “very ambitious” time frame.

Germany went into lockdown in March to contain coronavirus contagion. Its reproduction rate has been falling for several days, and Merkel said it was now consistently below 1 – meaning a person with the virus infects fewer than one other on average.

“We are at a point where our goal of slowing the spread of the virus has been achieved and we have been able to protect our health system…, so it has been possible to discuss and agree on further easing measures,” Merkel told reporters.

Under measures agreed with Germany’s 16 federal state leaders, people from two households will be allowed to meet, and more shops will open, provided hygiene measures are in place.

But guidelines on people keeping a distance of 1.5 metres (5 feet) from each other and wearing mouth and nose masks on public transport will remain in place.

Germany’s Bundesliga soccer league can resume in the second half of May, Merkel said.

Schools would gradually start reintroducing all pupils and emergency care for kindergarten-aged children would be expanded, with details to be regulated by the states.

Their plan includes an “emergency brake”, a fail-safe under which restrictions would be reintroduced if an area registers more than 50 new infections per 100,000 inhabitants within seven days.

“If something happens locally, we won’t wait until it has spread through the whole republic, but rather we will act locally,” Merkel said.

She said she had a good feeling about Wednesday’s decisions, particularly given the emergency brake, but warned: “We have to be careful that we don’t lose control of this thing.”

The number of confirmed coronavirus cases in Germany increased by 947 to 164,807, data from the Robert Koch Institute (RKI) for infectious diseases showed earlier on Wednesday. The reported death toll rose by 165 to 6,996.

The federal and state governments will wait and see how the easing measures pan out, Merkel said, adding: “We now face a phase in which there will be a lot more (person-to-person) contact than was the case up to now.”

“We are following a bold path. We can afford to be a bit bold but we must remain cautious.”