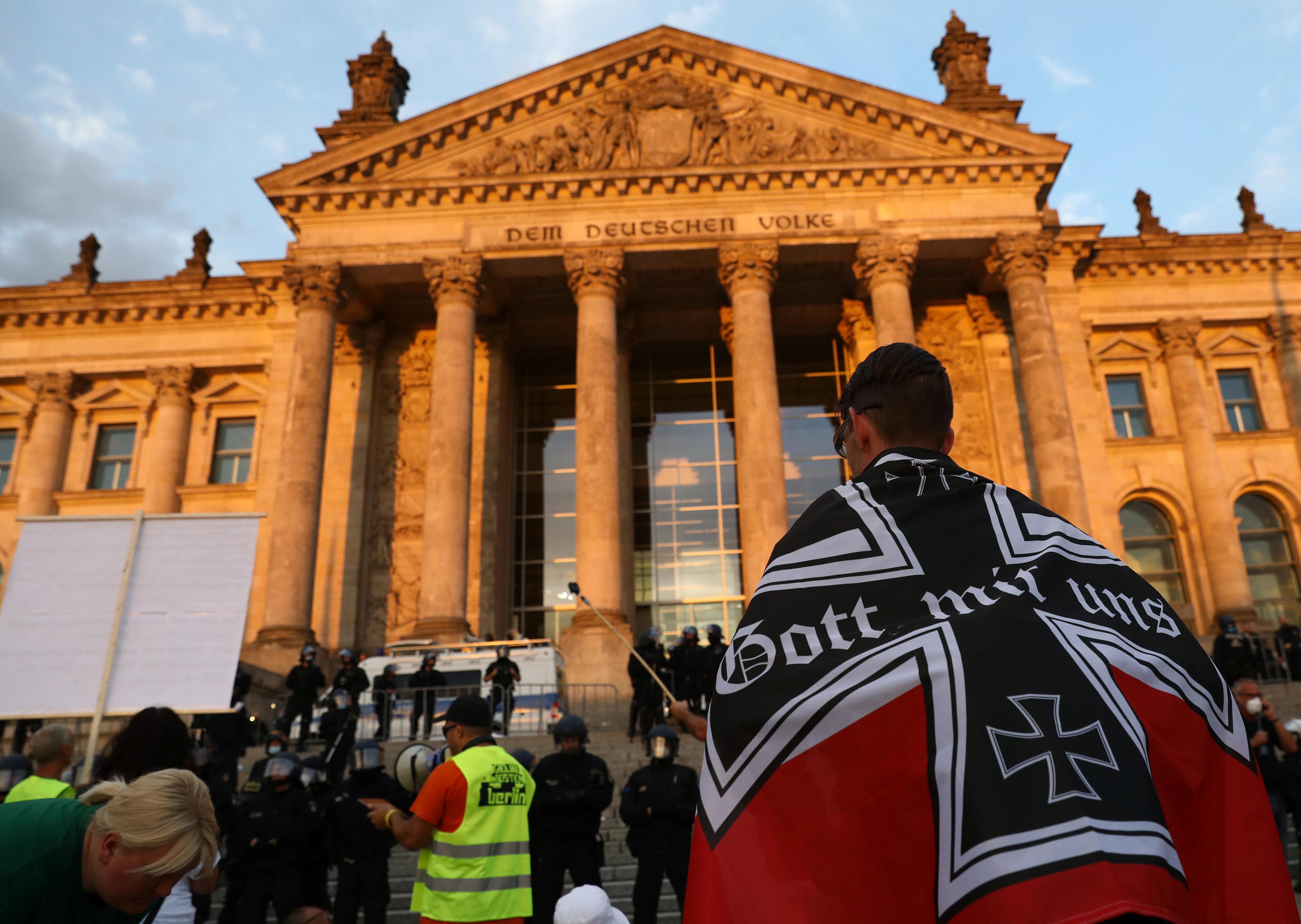 BERLIN/FRANKFURT (Reuters) – Leading politicians on Sunday condemned protesters who stormed the steps of Germany’s Reichstag parliament building, some of them holding far-right flags, during mass marches against coronavirus curbs a day earlier.

Police in the nation’s capital were able to prevent demonstrators from entering the building, but the day saw hundreds of arrests, pockets of violence with injured police, and the forced break-up of one mass protest.

Finance minister Olaf Scholz, of the Social Democrats, the junior partner in Angela Merkel’s conservative-led ruling coalition and candidate to succeed her as chancellor, said Germans must do everything possible to prevent such scenes.

“It is unacceptable that some now appear in front of the Bundestag building, the Reichstag building, the most important symbol of our democracy, the parliament, with symbols from a bad dark past, flags that have nothing to do with our modern democracy,” Scholz told journalists at a brief news conference outside his party’s headquarters in central Berlin.

Some 3,000 far-right sympathisers and extremists were among the tens of thousands of protesters on Saturday, according to Berlin’s interior minister.

Demonstrators broke through a barricade to access the steps of the Reichstag, one of Germany’s most structures that was renovated with a glass dome by architect Norman Foster after the fall of the Berlin Wall.

Scholz’s comments were echoed by politicians including German President Frank-Walter Steinmeier and the chair of Merkel’s Christian Democrats, Annegret Kramp-Karrenbauer.