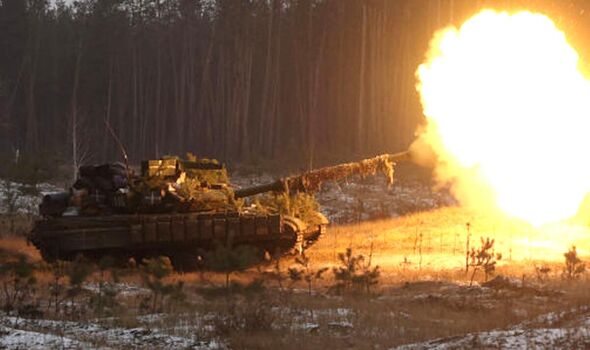 Germany will come under pressure from a coalition of Ukraine’s European backers on Friday over its hesitancy to allow its Leopard 2 tanks to be sent into battle, as top Western officials warned there is “a risk of a massive assault” around the frontline in the next few weeks. The group, likely to be led by Poland, who on Thursday reiterated that it was “ready to donate a company (14) of Leopard 2s”, is expected to have significant support, with at least another two of the twelve nations in possession of the military vehicles telling reporters that they will send their main battle tanks as soon as Germany permits it. The tanks could prove vital to fighting Russia along the 620-mile frontline after European Council President Charles Michel said “the following weeks could be decisive in Ukraine”.

European Council President Charles Michel has urged European officials to be “very ambitious” in their military pledges at the Ramstein Air Base meeting on Friday ahead of what could be a “decisive” few weeks for Ukraine.

Speaking after visiting Ukrainian President Volodymyr Zelensky, as well as the Prime Minister Denys Shmyhal, in Kyiv, Mr Michel said: “The following weeks can be decisive in Ukraine, because of the military situation. There is a risk of a massive assault.”

The Russian mercenary outfit of fighters, stationed aroudn Bakhmut in eastern Ukraine, known as the Wagner Group have “formally registered a legal entity”, the British Ministry of Defence reported in their daily update.

The group’s unofficial status was a core part of their founding but recent political moves from its leader, Yevgeny Prigozhin, suggest he is looking to cement his status in the Kremlin.

Good morning from London. I’m Tom Watling, I’ll be bringing you all the latest developments on the war in Ukraine. Please feel free to get in touch with me as I work if you have a story or tips to share! Your thoughts are always welcome.