BERLIN (Reuters) – The far-right Alternative for Germany (AfD) has scolded one of its two co-leaders after he said the party should split and expel a radical wing within its ranks as the only way to build a broader support base. 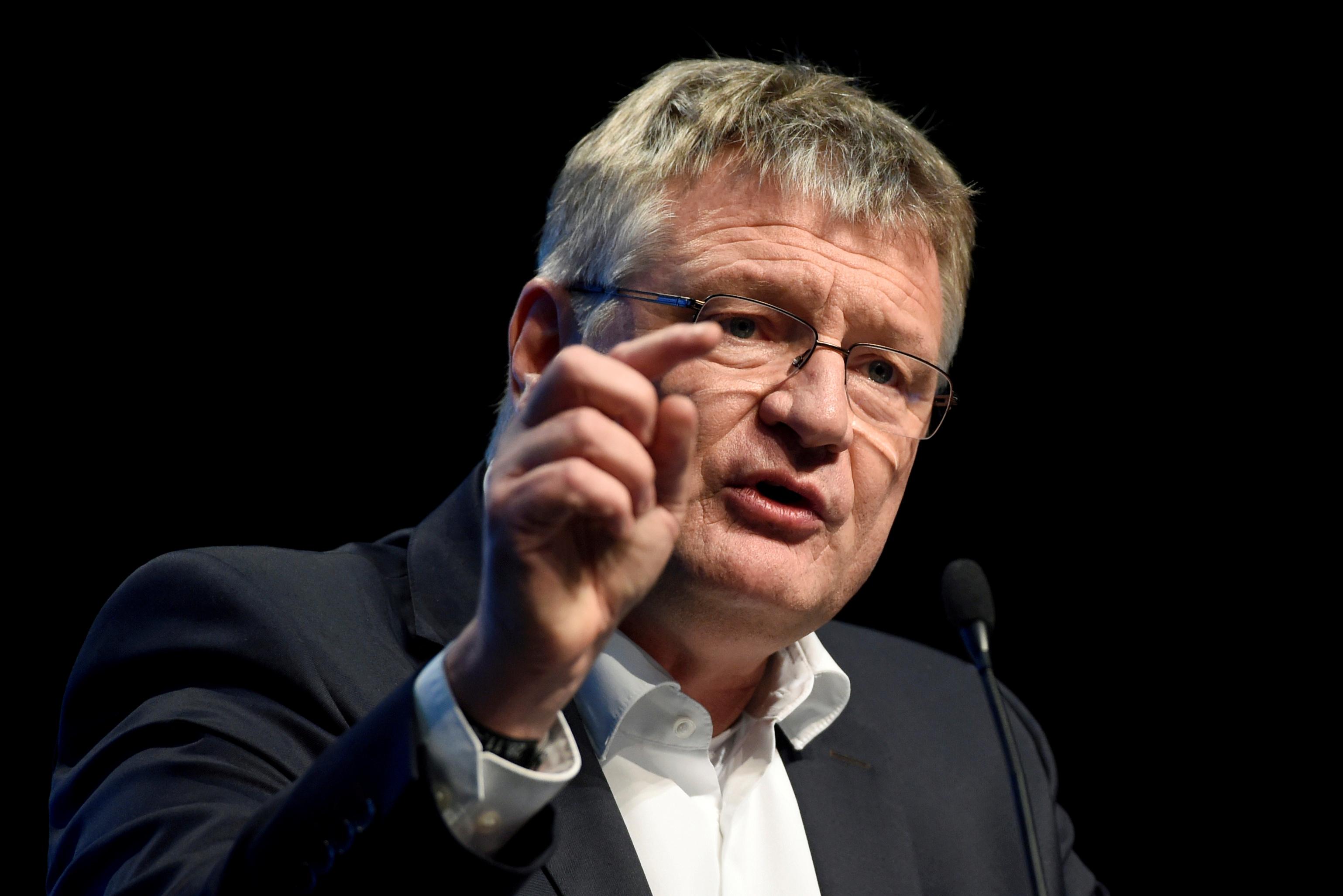 The suggestion of a split by co-leader Joerg Meuthen reflects a deepening crisis in Germany’s largest opposition party set off by the domestic intelligence agency’s decision last month to step up monitoring of “Der Fluegel” – The Wing – that it designated as an extremist organisation within the AfD.

“Joerg Meuthen has admitted that he made a big mistake,” the AfD governing board said in a statement posted on the party’s website late on Monday after a teleconference. “Meuthen said he would not pursue this discussion anymore.”

Meuthen said in an interview last week that Chancellor Angela Merkel’s conservatives “would lose conservative voters in droves if the AfD was without the Fluegel,” revealing deep divisions in the party about its future direction.

He also suggested that Fluegel leader Bjoern Hoecke, who also heads the AfD branch in the eastern state of Thuringia, would do better in elections if he were to establish the Fluegel as a party totally separate from the AfD.

The AfD has been shifting to the right since it was founded in 2013 as a platform to oppose further monetary integration in the euro single currency zone. It entered the German parliament in 2017, drawing support from voters angry at Merkel’s decision two years earlier to open the borders to asylum seekers.

Some AfD members have been alarmed by the rising influence of Hoecke in the party, which crystallized with the election last year of Tino Chrupalla, a lawmaker from Saxony backed by the Fluegel, as co-leader alongside Meuthen.

Two previous leaders of the AfD, including its founder, had resigned over what they called rising racism in the party.

The decision by the BfV intelligence agency to monitor the Fluegel was a setback to the AfD’s efforts to deflect accusations that it harbour racist views – a taboo for many Germans given the country’s Nazi past.

Support for the AfD, which won about 13% in 2017, has fallen by two points in recent weeks. Merkel’s conservatives have seen their popularity rise over voter satisfaction with the government’s handling of the coronavirus pandemic.