Face-to-face comes two months after an international conference hosted in Berlin on bringing peace to Libya. 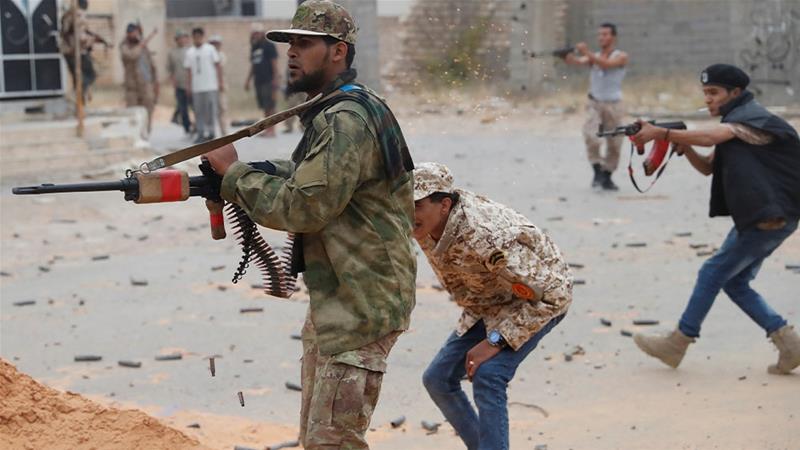 The meeting comes less than two months after an international conference was hosted in Berlin and touted at the time as a significant breakthrough in the years-long conflict.

At Tuesday’s meeting, Merkel stressed there can be no military solution to the conflict and so “a ceasefire and progress in the political process, in line with the decisions of the Berlin conference, are necessary”, her spokesman, Steffen Seibert, said in a statement.

He did not detail Haftar’s response.

Leaders in the German capital on January 19 agreed to uphold a United Nations arms embargo and end military support for the country’s warring factions. The embargo has not been effective, however, and the Berlin meeting failed to make any real difference on the ground.

Last month, rival Libyan military officials met in Geneva, where the UN said they agreed to a draft ceasefire agreement that involved the return of displaced civilians to their homes. The fate of the draft agreement remains unclear.

A senior French official, speaking on condition of anonymity in line with the presidency’s customary practices, said Haftar committed to sign the draft ceasefire deal from last month, but noted it depends on the other side respecting the truce.

Libya has been in turmoil since the 2011 overthrow of longtime leader Muammar Gaddafi and has become a battleground for rival proxy forces, which has drawn in foreign powers.

An administration backed by Haftar’s forces controls most of Libya’s east and south, while the UN-recognised Government of National Accord, led by al-Sarraj in Tripoli, holds a shrinking area in the west, including the capital.

Turkey supports the Libyan government, while Haftar is supported by the United Arab Emirates, Egypt, and Russia.