BRUSSELS (Reuters) – European Union leaders may not reach a deal on a coronavirus stimulus plan on Sunday, German Chancellor Angela Merkel said as marathon negotiations ran into a third day and acrimony mounted over the demands of rich but thrifty countries. 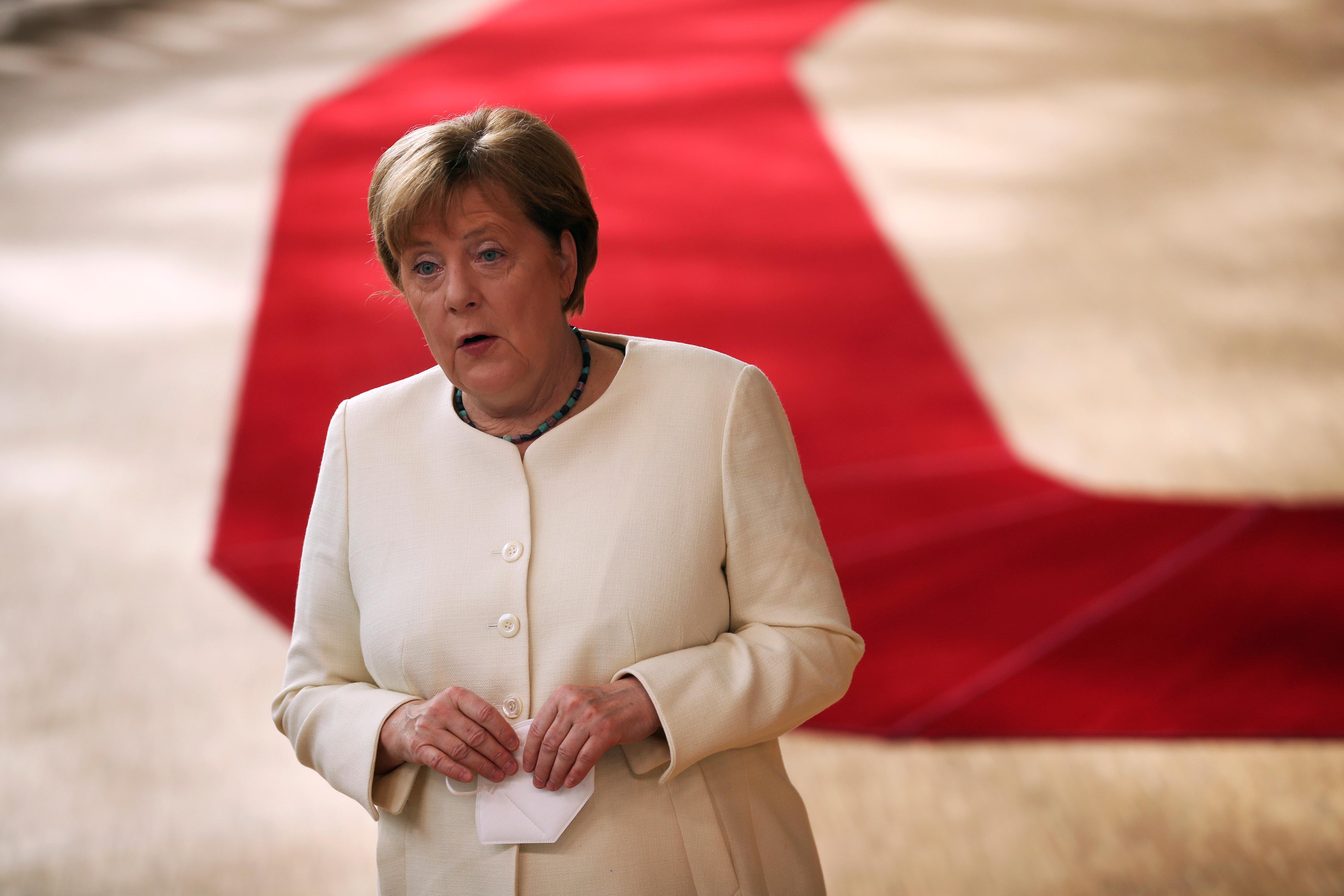 Germany and France, the EU’s powerbrokers, are seeking a deal on a 1.8 trillion euro ($2.06 trillion) economic recovery package to rescue the bloc’s economies that are facing their worst recession since World War Two.

After two exhausting days of negotiations, a “frugal” group of northern, richer states led by the Netherlands appeared no more willing to back down from demands for cuts to the package, underscoring the depth of the EU’s north-south split.

“There is a lot of goodwill, but also many positions. I will make every effort but it is possible that there is no result,” Merkel said in Brussels as she arrived for a third day of talks.

Late on Saturday, she and French President Emmanuel Macron left the day’s final stretch of informal talks early, refusing to accept that the level of free grants to ailing economies in the package fall below 400 billion euros.

In their first face-to-face summit since the spring outbreak of the coronavirus in Europe, leaders wearing face masks have framed the summit as a ‘make-or-break’ moment for nearly 70 years of European integration.

Failure to come together amid an unprecedented health and economic crisis would raise serious questions about the continued viability of the bloc, officials and experts say.

Macron said there was a willingness to compromise, but it should not deter “from the legitimate ambition that we need to have,” referring to the level of money available in the planned 750 billion euro recovery fund, which is to be funded by money raised on capital markets.

Dutch Prime Minister Mark Rutte, who faces parliamentary elections by March 2021, was frank about the divisions with France and Germany on Saturday night.

“They walked away annoyed,” Rutte said of Merkel and Macron. “Large differences still remain,” he said.

While the Netherlands and its allies held out, other obstacles remained, not least because Britain’s departure from the EU means others have to stump up more cash to cover the gap in the bloc’s joint coffers.

Hungary, backed by its eurosceptic ally Poland, has threatened to veto the package over a new proposed mechanism, supported by the Dutch and most other EU countries, to freeze out countries flouting democratic principles.

“There are very different positions,” Czech Prime Minister Andrej Babis told reporters. “The Netherlands insists that rule of law must be one of the conditionalities to provide funds.”