Greta Thunberg has returned to school after spending the last year out of the classroom as she campaigned to tackle climate change.

The Swedish environmental activist, 17, shared a photo of herself wearing a backpack and holding her bicycle.

“My gap year from school is over, and it feels so great to finally be back in school again!” she wrote. 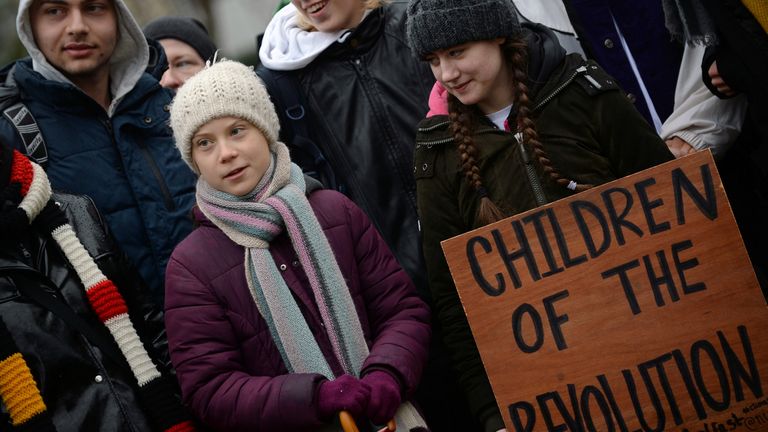 The teenager has been doing lessons remotely since leaving school in June last year.

During her gap year, she urged world leaders to take action against climate change and sailed across the Atlantic to reach the COP25 UN climate conference in Chile.

The conference was later moved to Madrid due to tensions in Chile, forcing Ms Thunberg to sail back from the US to Europe onboard a catamaran.

The 17-year-old also met former US president Barack Obama, was given the keys to the city of Montreal, and travelled across North America in a Tesla electric car belonging to action star Arnold Schwarzenegger.

Last week, Ms Thunberg was among a group of young activists who held talks with German Chancellor Angela Merkel to press for tougher action on climate change.

As they arrived at the chancellery in Berlin, they were accompanied by a handful of climate protesters who chanted: “We are here, we are loud, because our future’s being stolen.”

:: A New Climate is a series of special podcasts from the Sky News Daily. Listen on Apple Podcasts, Google Podcasts, Spotify, Spreaker

Ms Thunberg rose to prominence after starting her solo protests outside the Swedish parliament two years ago.

She was quickly joined by other students around the world and helped to stage larger protests.

But mass protests on climate action have been unable to take place since the coronavirus pandemic, prompting climate activists to push for the issue to be put back on the agenda.