More than 900,000 people contract COVID-19 globally as countries intensify efforts to control spread of the pandemic. 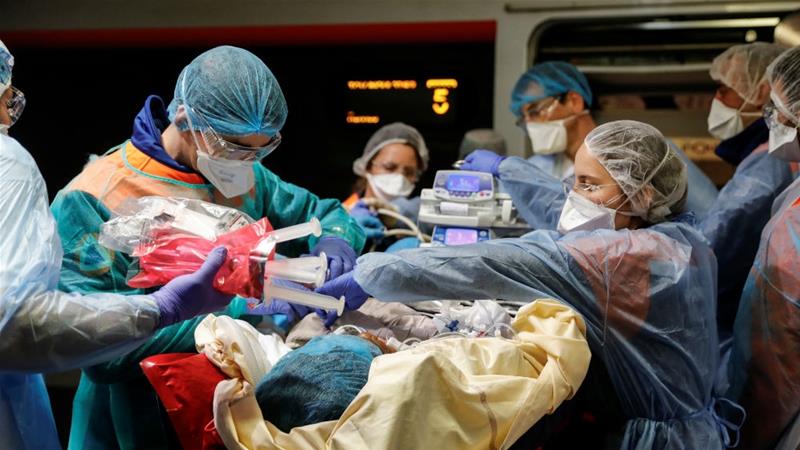 Spain, the United Kingdom and the United States have all reported the highest number of deaths in a single day since the start of the coronavirus pandemic.

The US recorded 884 coronavirus deaths, according to data collected by Johns Hopkins University. It has also confirmed more than 213,000 cases of the disease.

In the UK, a further 563 people died from COVID-19, in what Prime Minister Boris Johnson described as a “sad, sad day”.

In Spain, an additional 864 people died.

Globally, about 933,000 have been diagnosed with the virus, and some 193,000 have recovered. Nearly 47,000 people have died from the disease, which originated in China late last year.

The southern Chinese city of Shenzhen has issued the most sweeping ban yet on the breeding and consumption of wild animals.

The coronavirus has been traced to a market in Wuhan that sold wild animals such as pangolins and civet cats, as well as more conventional fare such as chicken and fish.

The Shenzhen regulations permanently ban the trade in and consumption of wild animals, a step beyond the temporary ban issued by the central government at the start of the current outbreak. Along with snakes, lizards and other wild animals, it also bans the consumption of dog and cat meat.

02:30 GMT – Australia says it is slowing the spread of the coronavirus

Some good news from Australia, where Prime Minister Scott Morrison has said the country is slowing the spread of the coronavirus, and parliament will reopen next Wednesday.

US President Donald Trump says passengers on board the Zaandam cruise ship will be evacuated after it docks in Florida. 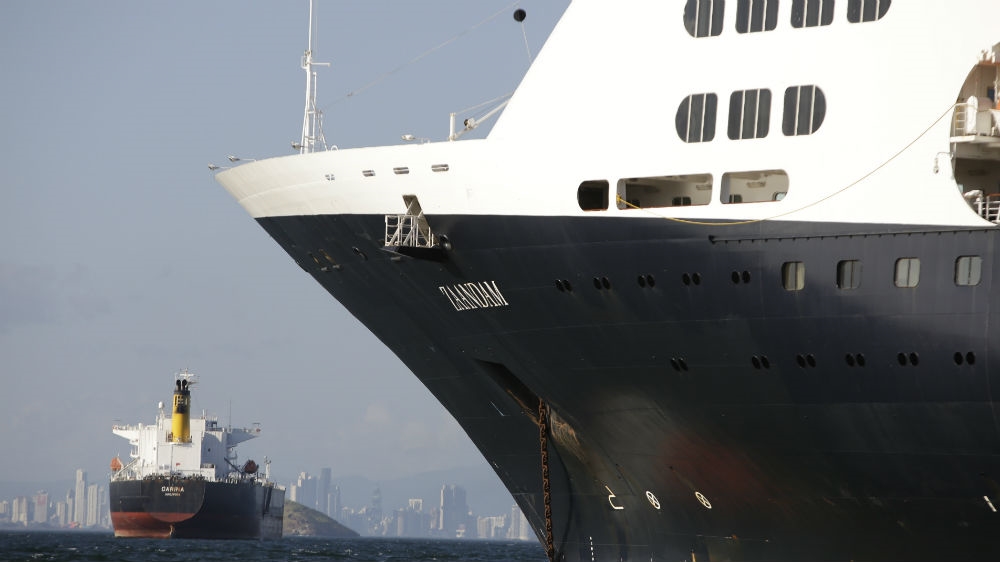 The ship, where dozens of people have fallen ill from coronavirus, has been barred from several South American countries.

The Zaandam and its sister ship, Rotterdam, are expected to enter US waters early on Thursday and dock in in Fort Lauderdale.

Trump said the US was “sending medical teams on board the ships” and taking people off, with foreigners sent home.

South Korea started campaigning for the April 15 parliamentary elections on Thursday with the government’s response to the coronavirus outbreak, and its impact on the economy, expected to be among voters’ key concerns.

There are 253 direct seats and 47 proportional seats up for grabs, with voters able to cast two ballots – one for a candidate and one for a political party, according to Yonhap news agency. 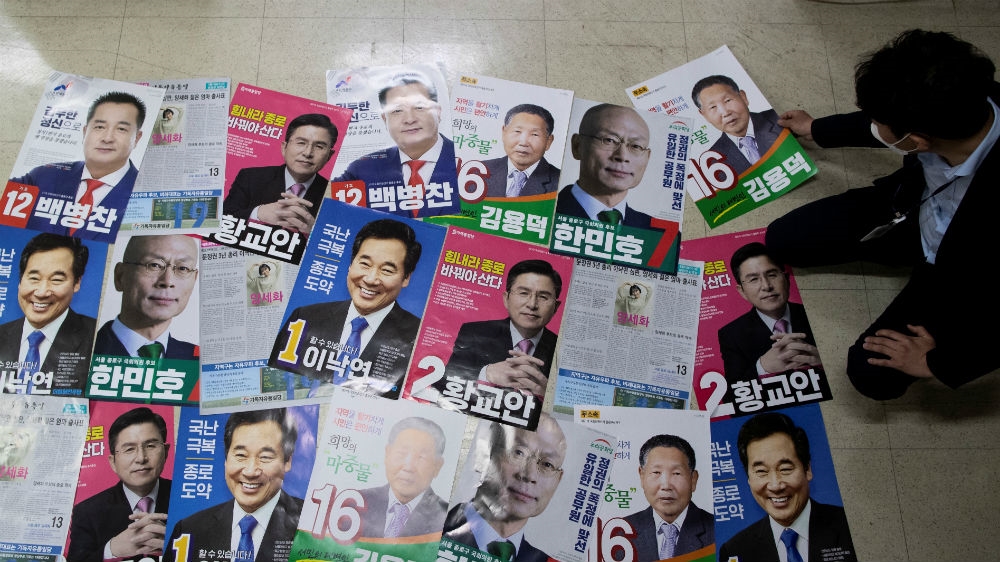 “These sweeping, undefined and unchecked powers should set off alarm bells among Cambodia’s friends and donors,” HRW’s Asia Director Brad Adams said in a statement.

The group urged Cambodia to submit a new draft prioritising public health and safeguarding basic rights. The bill is due to go to the one-party National Assembly next week.

00:15 GMT – Sailors to be taken off aircraft carrier by Friday: US Navy

Nearly 3,000 sailors on board a US aircraft carrier where the coronavirus has spread will be taken off the ship by Friday, Navy officials said on Wednesday.

Acting Navy Secretary Thomas Modly said some need to remain on board the USS Theodore Roosevelt to protect the ship and run critical systems.

“We cannot and will not remove all sailors from the ship,” Modly told Pentagon reporters.

He said about 1,000 have gone ashore and that number will grow to at least 2,700 in a couple of days. Just under 100 of the nearly 5,000 sailors on the ship, now docked in Guam, have tested positive for the virus.

Israeli Health Minister Yaakov Litzman and his wife have tested positive for the novel coronavirus, his office said late on Wednesday.

The Health Ministry says the 71-year-old and his wife are feeling well, receiving medical care and will remain in isolation.

Litzman is the most senior Israeli official to be diagnosed with the virus and will continue to work from home.

Read all the updates from yesterday (April 1) here.