Meanwhile a second specialist in Russian affairs has said the attack was probably carried out by operatives of the FSB, the successor to the USSR’s KGB. Dramatic pictures today showed a distraught Alexander Dugin as flames engulfed the car in which his daughter had been travelling. He was said to have suffered a heart attack as a result.

Journalist Ms Dugina, like her father, was an outspoken supporter of Putin’s war on Ukraine, though immediate speculation suggested he, not her, had been the intended target.

Multiple reports suggested Mr Dugin, a self-confessed fascist and proponent of the concept of a Euro-Asian empire led by Russia, was a close adviser to Russian President Vladimir Putin, despite holding no official office or title, and has even been referred to as “Putin’s brain”.

Putin himself swiftly pointed the finger for what he described the “evil” attack at Ukraine, with the FSB claiming the attack was carried out by a Ukrainian woman born in 1979, whom it named and whose picture and personal information appeared on Russian news websites, and who it claimed had fled to Estonia.

State-run Kremlin news agencies claim Natalia Vork, driving a Mini Cooper with her daughter Sofya, 12, tailed Ms Dugina in Moscow. Natalia, who Russia claim is a spy, then allegedly detonated a bomb planted under the car using a remote control and turning it into a fireball. Moscow claimed Natalia and Sofya fled to Estonia.

However, Russian-American historian Yuri Felshtinsky was highly sceptical about the Kremlin’s version of events. 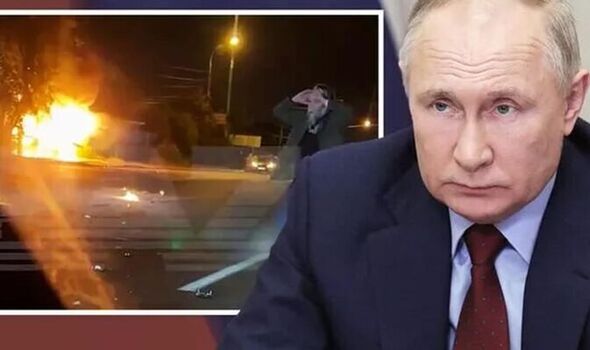 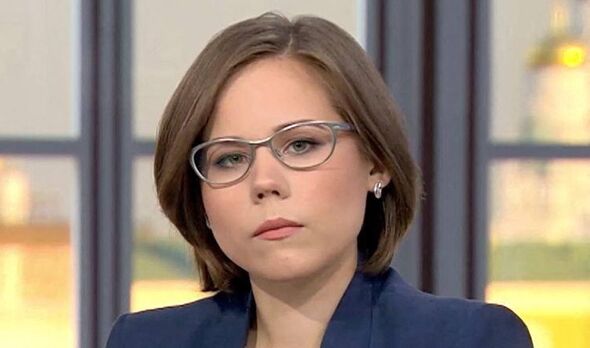 Referring to the General Staff of the Armed Forces, another wing of the Russian secret service, he said: “The attack on Alexander Dugin has all the hallmarks of a GRU execution of including the target’s family and would have been authorised by the Kremlin.

“In the UK, the GRU attacked former GRU officer Sergei Skripal and his daughter in 2018. In 2004, two GRU officers assassinated former Chechen President Zelimkhan Yardarbiyev by blowing up his car with Yardarbiyev and his 15-year old son inside. The two officers were later released at Putin’s request.

As well as being “very smart” and even more right-wing that Putin himself, Dugin “had a gift for being unruly, difficult and making enemies in Russia to the point that he was ejected from the organisations he joined”, explained Mr Felshtinsky, author of Blowing up Ukraine: The Return of Russian Terror and the Threat of World War III. 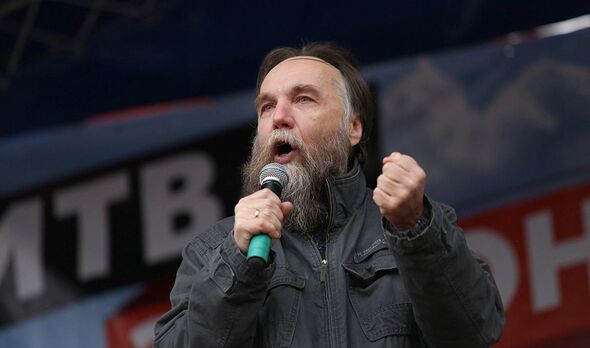 Mr Dugin’s father had been a GRU officer, and while the Kremlin had “uneasily used Dugin” in its intelligence work it had “never trusted him”, stressed Mr Felshtinsky.

He added: “He himself was careful never to make the potentially life-threatening claim that Putin was one of his followers, but merely to point out to foreign media that he advocated Russia’s actions such us taking Crimea, Georgia, Ukraine, before the Kremlin made them national policies.

“Now, as always, the Kremlin is using Dugin in its own global propaganda war counting on the fact that the international media does not realise that Dugin was considered uncontrollable and a persona non-grata at the Kremlin.”

Similarly, Nikolai Petrov is a senior research fellow on the Russia and Eurasia Programme at Chatham House, believed the assassination was almost certainly ordered by the Kremlin. 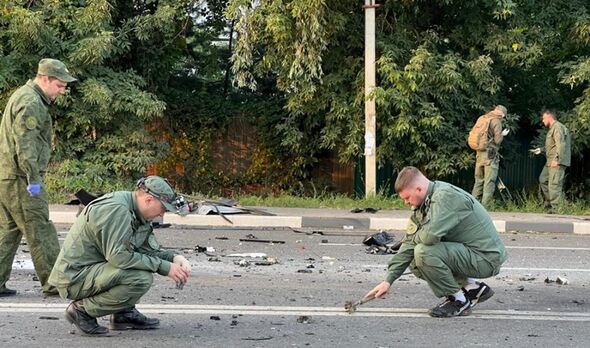 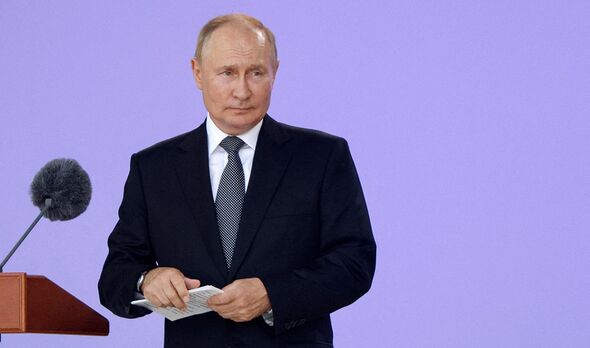 He said: “I think that it has been done with Russian FSB participation, although you never know whether it was done by the order from the very top or by some lower level initiative.

“Alexander Dugin is a media figure rather than a political one. He is the ideologist of the new Eurasianism, his name is well-known, but he has nothing to do with real politics, especially in the role of ‘Putin’s adviser’, a ‘gray cardinal’, or even ‘Putin’s Rasputin’, which is sometimes attributed to him in the West.

“Once, 20 years ago, he was an adviser to the speakers of the State Duma, first Valery Seleznev, then Sergey Naryshkin, but this is long in the past, and now he is an adviser to Konstantin Malofeev, a businessman and Orthodox nationalist who sponsors the Tsargrad TV channel and militants in the ‘People’s Republics’ of Donbas.

“Dugin’s 29-year-old daughter Daria was nothing in political terms, and many, including me, learned of her existence only now. 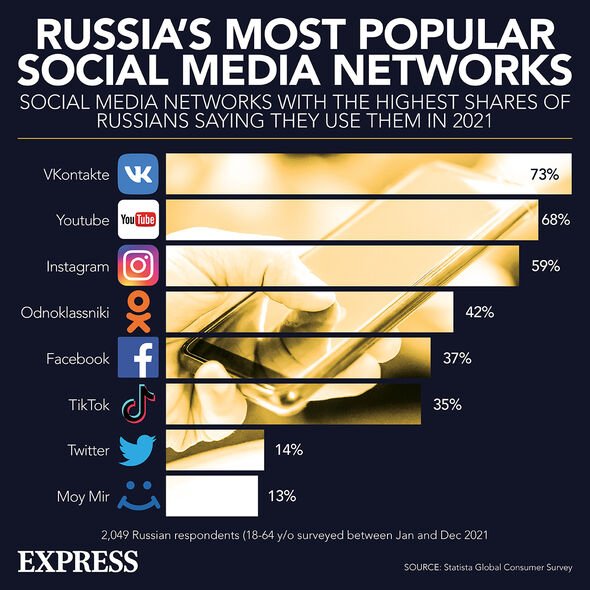 “At the same time, she recently performed an active propaganda and organisational role with her father, and was included into sanctions list by four countries.

“She was also connected with the European, especially the French right. It is believed that Dugin himself, being much less charismatic, was preparing her for the role of Marie Le Pen.”

Russia’s motivation for assassinating Dugin would broadly speaking have been “to remove one of the active and poorlycontrolled radical nationalists” and simultaneously “to use what happened as a pretext for tightening repression, including against relatives of those who Putin does not like”, Mr Petrov explained.

Speaking today, Putin paid tribute to Dugina as a Russian patriot calling her murder “evil and cruel”, while Margarita Simonyan, editor-in-chief of the Kremlin-backed RT media organisation, suggested Russian agents could track the woman deemed responsible down in Estonia. 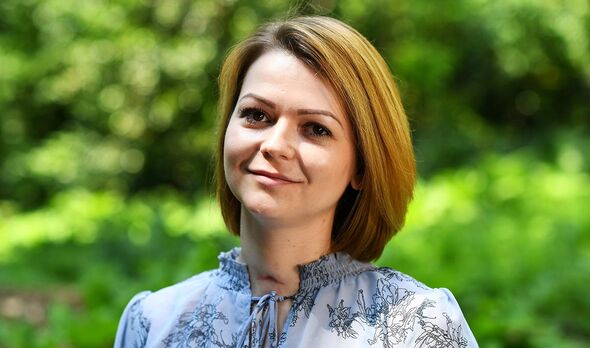 In a thinly veiled reference to the Novichok poisoning of Mr Skripal and his daughter in Salisbury, she added: “I think we can find professionals who want to admire the spires in the vicinity of Tallinn.”

In his first public statement since his daughter’s death, Dugin said: “Our hearts are not simply thirsting for revenge or retribution.

“We only need our victory. My daughter has sacrificed her young life on the altar of victory. So please win!”

Russia’s attempt to blame Ukraine was swiftly rejected by Mykhailo Podolyak, an adviser to President Volodymyr Zelensky, who tweeted: “Ru-propaganda lives in a fictional world: woman and her 12-year-old child were “assigned” responsible for blowing up the car of propagandist Dugina.

“Surprisingly, they did not find the ‘Estonian visa’ on the spot. Vipers in special services started an intraspecies fight.”