LONDON (Reuters) – Prime Minister Boris Johnson returned to work on Monday after recovering from COVID-19 with a warning that it was still too dangerous to relax a stringent lockdown hammering Britain’s economy for fear of a deadly second outbreak.

Looking healthy again after a life-threatening bout of the coronavirus, Johnson compared the disease to an invisible street criminal whom Britons were wrestling to the floor.

“If we can show the same spirit of unity and determination as we’ve all shown in the past six weeks then I have absolutely no doubt that we will beat it,” the 55-year-old said outside his Downing Street home a month and a day after testing positive.

“I ask you to contain your impatience because I believe we are coming now to the end of the first phase of this conflict and in spite of all the suffering we have so nearly succeeded.”

With unemployment soaring, many companies crippled and a recession looming, Johnson said he understood the concerns of business and would consult with opposition parties pressing for clarity on a pathway out of lockdown.

But with Britain suffering one of the world’s highest death tolls – 20,732 hospital deaths reported as of Saturday – he stressed it was still a time of maximum risk and there would be no swift lifting of restrictions.

“We simply cannot spell out now how fast or slow or even when those changes will be made, though clearly the government will be saying much more about this in the coming days,” he said.

“We must also recognise the risk of a second spike, the risk of losing control of that virus and letting the reproduction rate go back over one because that would mean not only a new wave of death and disease but also an economic disaster.”

The lockdown has left Britain facing possibly the deepest recession in three centuries and the biggest debt splurge since World War Two. Johnson’s government, party and scientific advisers are divided over how and when the world’s fifth-largest economy should start returning to work, even in limited form. 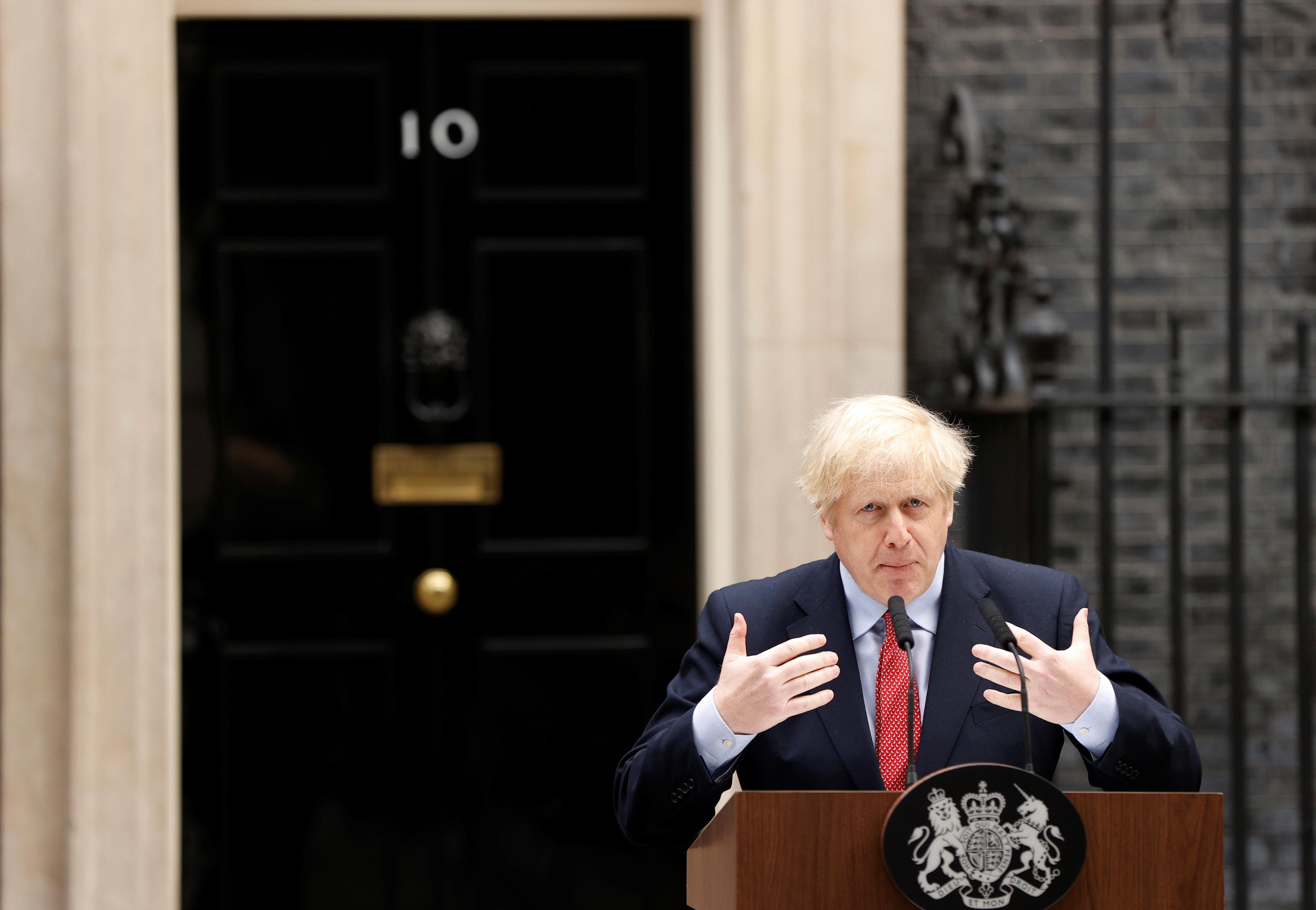 The government is next due to review social distancing measures on May 7. Johnson initially resisted introducing the lockdown but changed course when projections showed a quarter of a million people could die.

Since the lockdown on March 23, his government has faced criticism from opposition parties and some doctors for initially delaying measures, for limited testing capabilities, and for a lack of protective equipment for health workers.

His spokesman said the government may not know if a target of 100,000 tests per day by the end of April had been met on Thursday because of a time lag with data.

The spokesman added that Johnson will meet opposition Labour Party leader Keir Starmer this week after he urged the prime minister to say when and how restrictions might be eased.

In his statement, Johnson said the government would take decisions on the lockdown with maximum transparency.

“I want to share all our working and our thinking, my thinking, with you the British people,” he said, adding he wanted to bring in other parties to reach consensus. 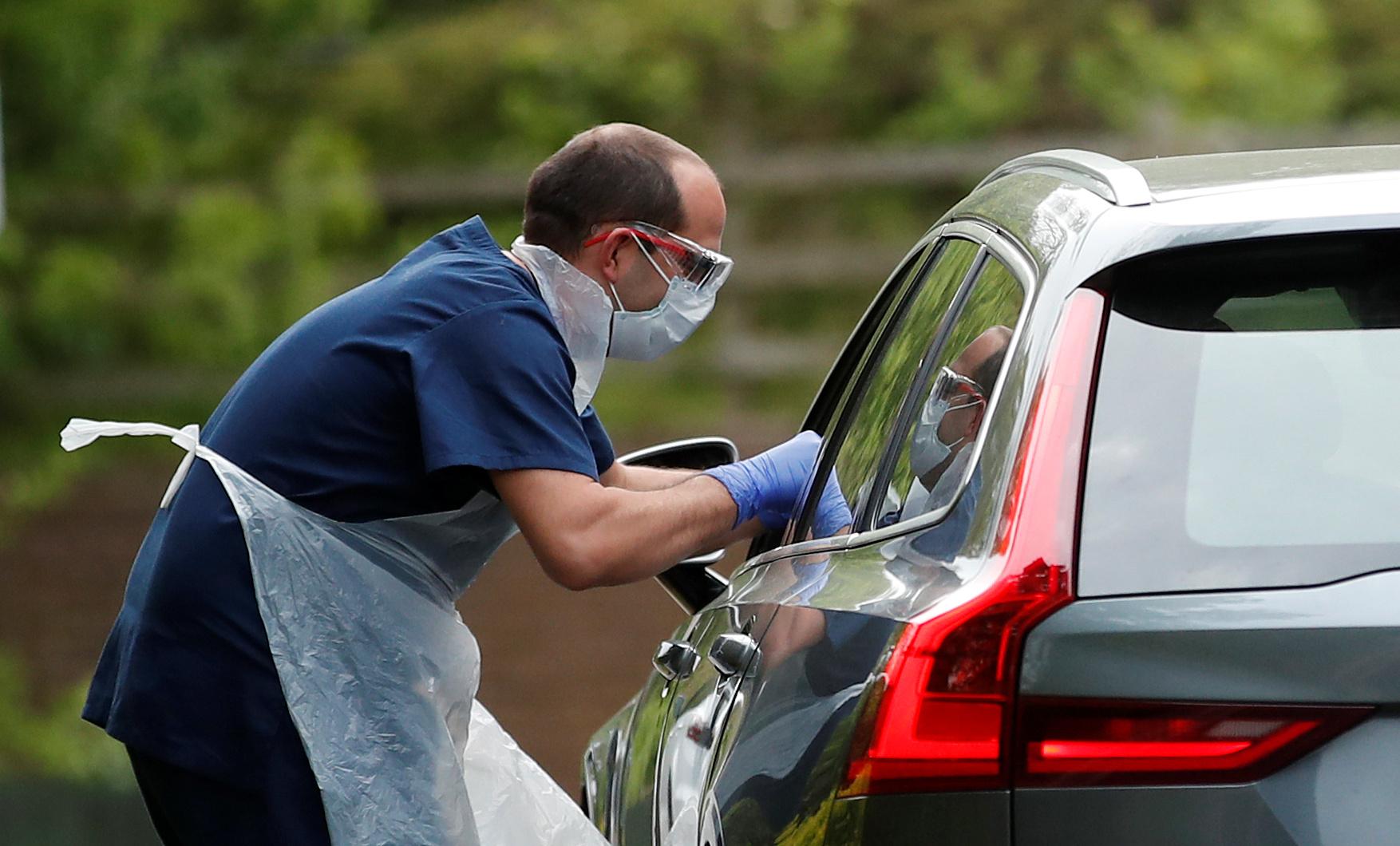 Latest data on Sunday showed deaths related to COVID-19 in hospitals were up by 413 in the previous 24 hours, the lowest daily rise this month. Some 29,058 tests were done on April 25.

Based on those statistics, the United Kingdom has the fifth worst death toll in the world, after the United States, Italy, Spain and France.

But the full British toll is much higher as statistics for deaths outside hospital – for example in care homes – are slower to be published.

However, Stephen Powis, medical director of the National Health Service in England, said the “very definite” downward trend in coronavirus cases in hospital demonstrated that social distancing was reducing virus transmission and spread.