The strike organised by labour unions, and a student group is set to take place next week but strikers are warned that schools will come down hard on protesters if they proceed.

In 2003, Hong Kong’s same proposition for the law to be enforced was met by similar outrage and protests led to the resignation of the first Chief Executive, C.H Tung.

Kevin Yeung, Secretary for Education, in a letter to all primary and secondary school principals suggested pupils were being “exploited” by labour unions and student activists.

He said: “Any teachers taking part in class boycotts advocated by [the groups] are not only deliberately failing to perform their jobs and neglecting their duties but also purposefully bringing politics into schools.”

Yeung added: “It is a demonstration to students of an expression of political demands in breach of established rules.”

The Education Chief encouraged schools to take disciplinary action on those who intend to strike.

He also told schools the Education Bureau would “seriously” follow up any cases. 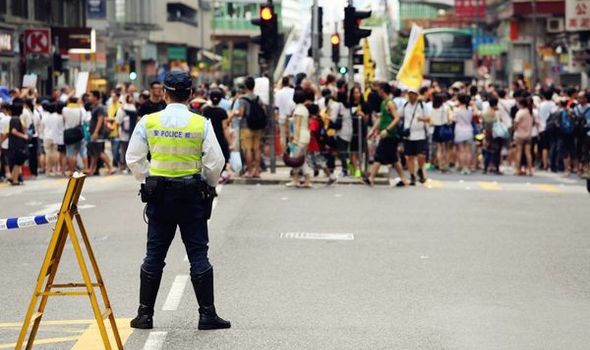 He also told schools the Education Bureau would “seriously” follow up any cases.

A vote will determine if the strike will go ahead as planned next week.

For the vote to pass, organisers will need a 60 per cent majority from the 70,000 attendees.

Yeung believes that students should not take part in chanting slogans, forming human chains or spreading the political message of unions in any form as this would turn schools into venues for expressing political demands.

READ MORE: World War 3: How the UK is affected by tensions between US and China 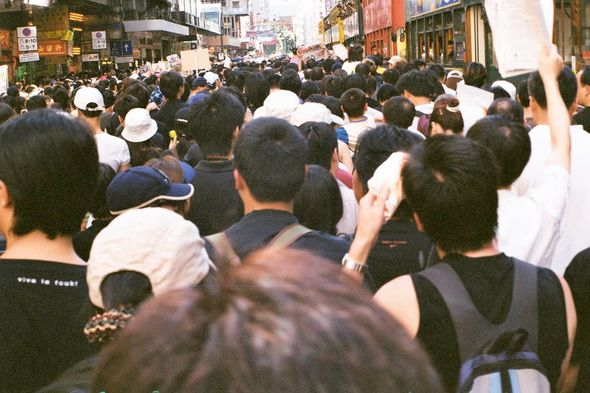 Yeung said: If individual students refuse to comply with the instructions after repeated persuasion, schools should take appropriate counselling and disciplinary actions … to maintain discipline and order.

”In response to the Education Chief’s hard-line approach, a spokesperson for one of the organisers accused Yeung of creating “white terror”.

He added: “I can’t imagine what it will be like after the imposition of the national security law.

UK in the crosshairs: China ready to lash out with ‘wolf warriors’ 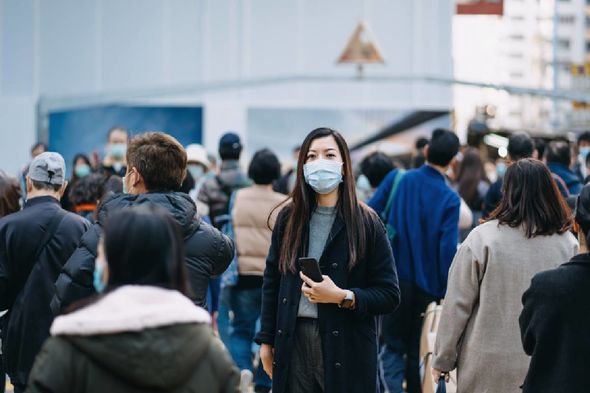 The suppression by the Government is exactly the reason why students need to make their voice heard through the referendum,” Cheng a-long said.

A total of 23 pro-democracy labour unions support the strike, including 10,000 members from 20 industries such as aviation, transport, construction and information technology.

The planned strike is being described as a “first phase” response.

Hong Kong was witness to a general strike in August, last year in response to the government’s extradition bill.

Those who struck lined the streets, blocked roads and occupied malls to have their voice heard.