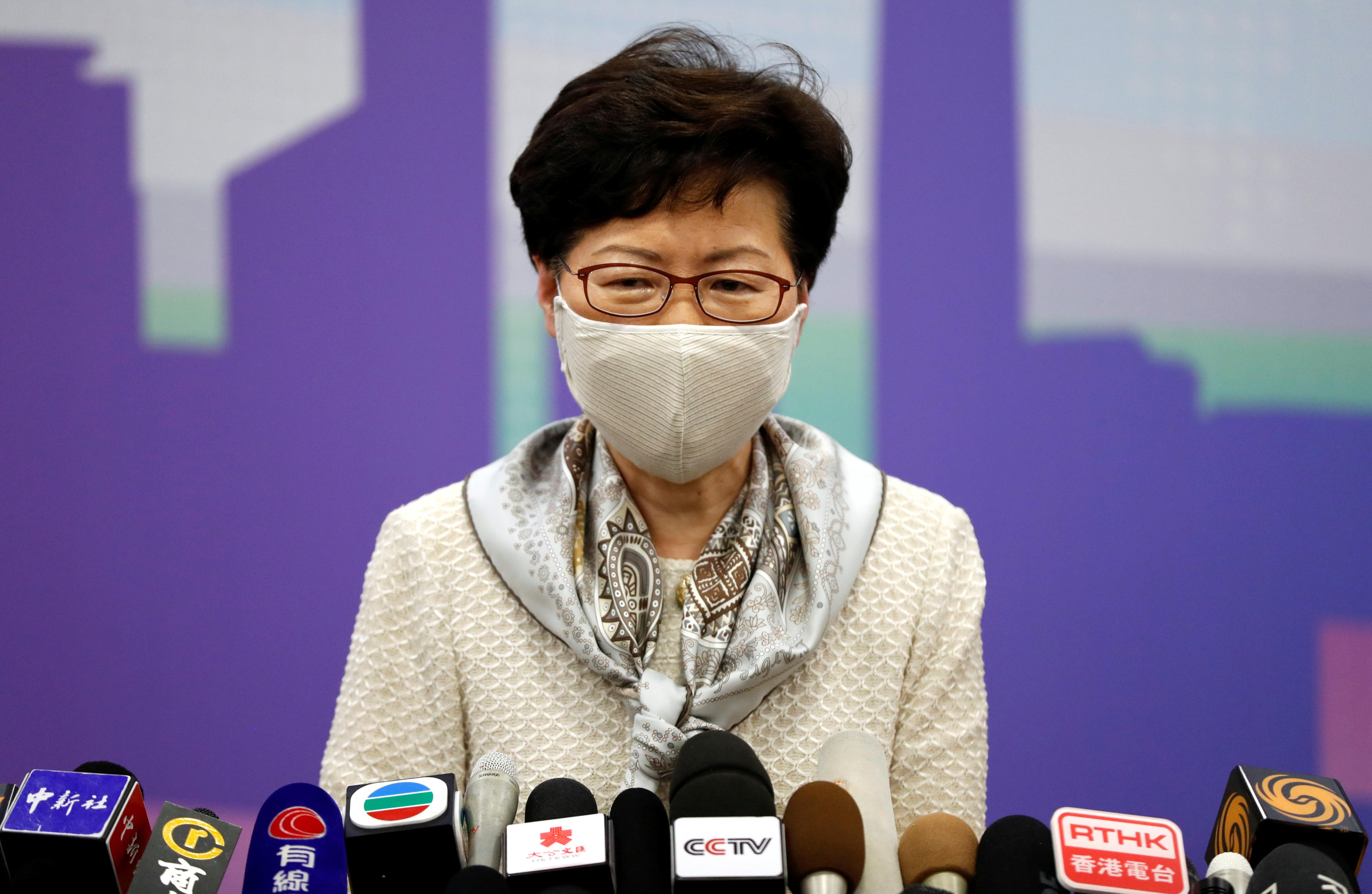 HONG KONG (Reuters) – Hong Kong leader Carrie Lam said on Tuesday she will not handpick judges for national security cases but will appoint them based on recommendations from a judicial body that advises her on such designations.

Chinese state media unveiled details on Saturday of a draft national security law that gives Beijing sweeping powers over its enforcement in Hong Kong, paving the way for the biggest change to the city’s way of life since it returned to Chinese rule in 1997.