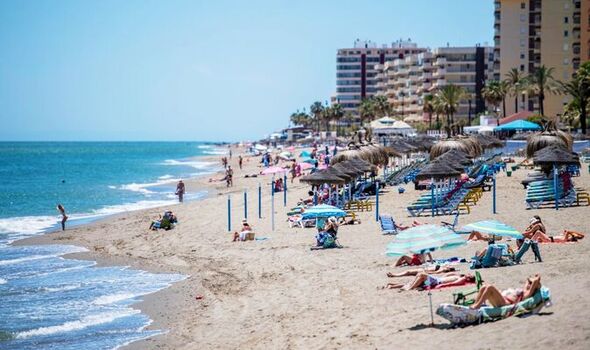 A man from Spain has been arrested and remanded in custody over the incident in the Costa del Sol. The victim was said to be in his forties and was known by locals in the area to frequent a place where homeless people gather at night.

The body of the ill-fated man was found by a jogger at 6.30 am the next morning.

The victim was seen lying on the beach with a large amount of blood on the sand next to his body.

Reports suggest police had received calls stating someone had been crying for help a short time before the incident was alleged to have taken place.

The suspect was arrested by police officers at 7.00 pm on the same evening the body was discovered by the passer-by.

Police were able to track the suspect using CCTV, and upon arrest, discovered clothing stained with the victim’s blood.

Although the incident happened on March 12, details of the nationality of the victim are now only just emerging.

According to a report in the Irish Mirror, the victim was believed to have been from Cork.

Officers investigating the murder initially believed the victim had been struck with a heavy object such as a rock due to the extreme severity of his head injuries.

Yet, a post-mortem concluded the victim had in fact suffered from being kicked and punched by the suspect.

Detectives were able to ascertain the victim was part of the homeless community in the area after having spoken with local shops and supermarkets who recognised the victim as an Irishman.

The victim also had documents suggesting his Irish nationality.

In order to confirm the identity, authorities submitted the victim’s fingerprints to Interpol in order to gain more details.

They are currently attempting to contact relatives in a bid to repatriate his remains.

The suspect appeared before a judge three days after the killing.

Express.co.uk has contacted the Irish Embassy in Madrid for comment.

According to data, there are around 15,000 Irish nationals living in Spain.

Many of them live in Spain’s eastern Valencia region as well as the Alicante province and the Valencia province.

They’re also avid fans of the Canary Islands, with nearly 6,000 settling in the four islands that fall under the province of Santa Cruz de Tenerife (Tenerife, La Gomera, La Palma and El Hierro) and a further 1,393 in Las Palmas province (Gran Canaria, Fuerteventura and Lanzarote).

In Málaga in Spain’s southern Andalusia region, there are over 2,500 Irish nationals registered, by far the most popular province among the Irish population in the region, although there are medium-sized Irish communities in Granada, Almería, Cádiz and Seville.