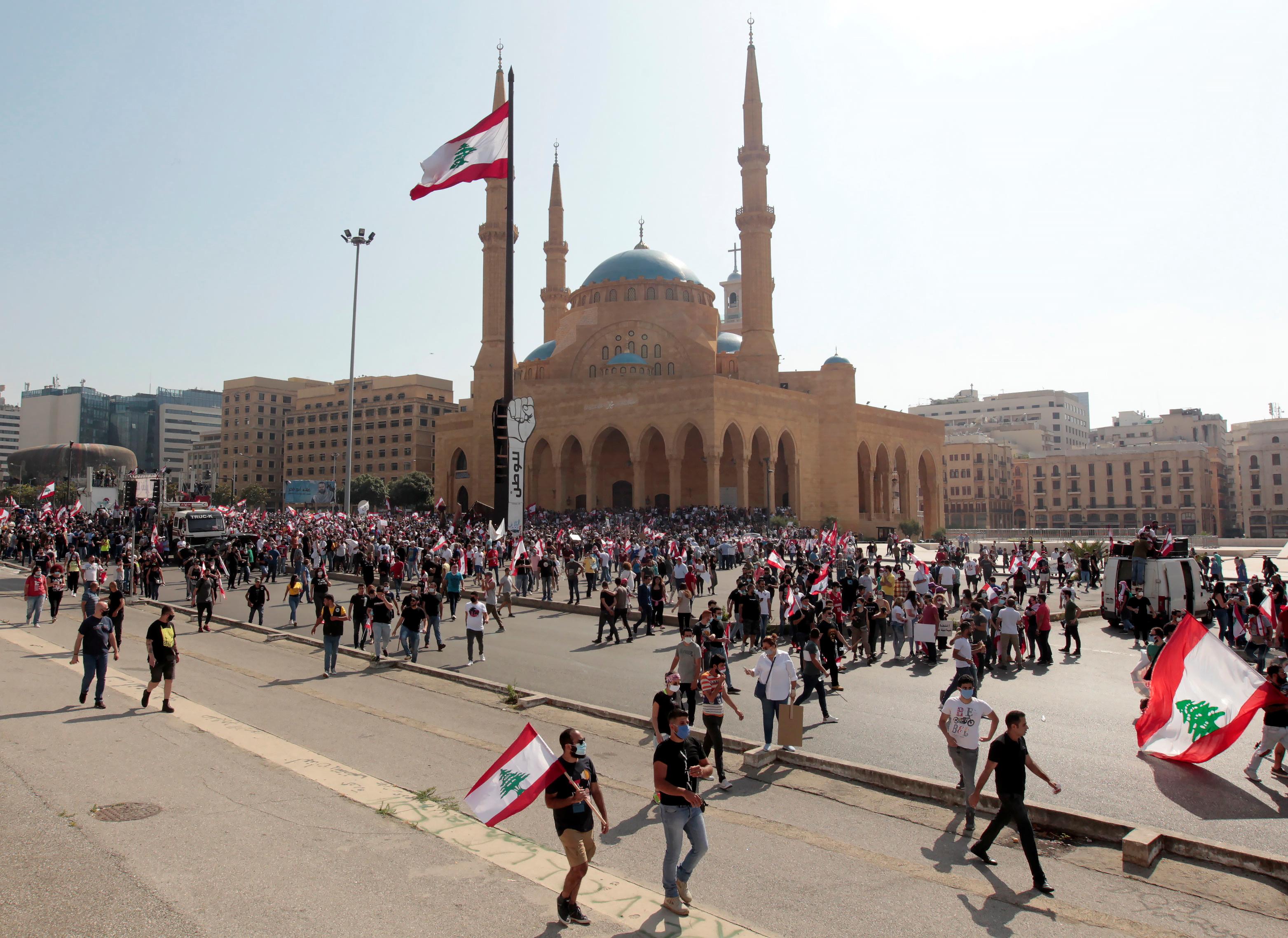 BEIRUT (Reuters) – Several hundred Lebanese protestors took to the streets on Saturday, with some throwing stones and demanding the government resign over its handling of a deep economic crisis as hardship increases.

The demonstrators, many wearing face masks and carrying the national flag, converged on a main square in Beirut that was an epicenter for protests last year but which has been mainly quiet over recent months in part due to the coronavirus lockdown.

With most of the virus curbs now lifted and economic conditions worsening, they resumed protests with calls for the five-month-old government to resign and for early parliamentary elections to be held.

Others demanded that the powerful Shi’ite paramilitary group Hezbollah be disarmed.

Prime Minister Hassan Diab took office in January with the support of the Iran-backed Hezbollah and its allies after the previous government was toppled by the protests.

Diab’s government is in talks with the International Monetary Fund for an economic reform programmer’s it hopes will secure billions of dollars in financing and spark a recovery.

The situation has grown dire since then. The pound currency has lost more than half of its value on the parallel market, prices have soared, and companies dealing with the double blow of the coronavirus have axed jobs.