The 2020 hurricane season has already broken a number of records, including being the first hurricane season on record in which nine tropical storms have formed before August 1. The hurricane season runs from June 1 until November 30, but the formation of tropical cyclones is possible at any time during the year, as seen with Arthur on May 16 and Bertha on May 27. Now, there are another five weather systems churning around the world, which all have the potential to progress and develop into tropical cyclones.

The first which has been spotted is an area of low pressure located about 700 miles south of Honolulu, Hawaii.

The weather system is currently producing an array of random showers and thunderstorms.

Further environmental chaos is expected over the following days as the system slowly moves in a westward direction, says the National Oceanic and Atmospheric Administration (NOAA).

Tropical Storm Fausto is another of the systems developing and is sitting just off the coast of the USA, located about 640 miles west-southward of the southern tip of Baja, California. 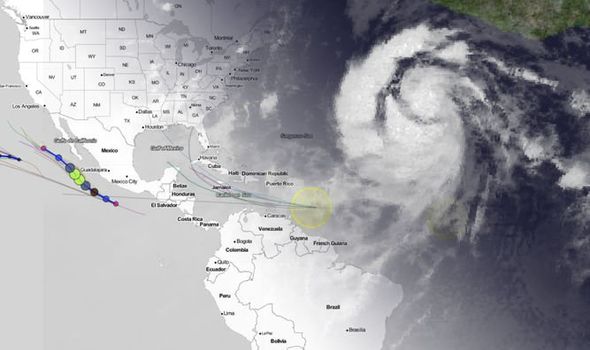 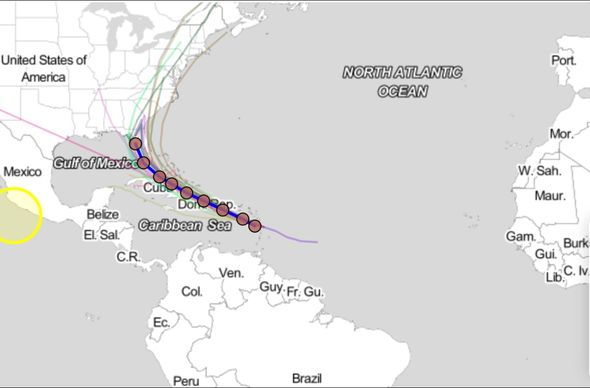 Fausto started off as a tropical depression in the eastern Pacific before being upgraded into a named storm.

The storm’s maximum sustained winds are at 40mph currently and is moving northwest at 15mph.

Fausto is, however, unlikely to bring damage to people or property as it is forecast to move further west into the Pacific Ocean.

Upon arrival, it is more than likely Fausto will weaken back into a tropical depression, according to Weather Nation. 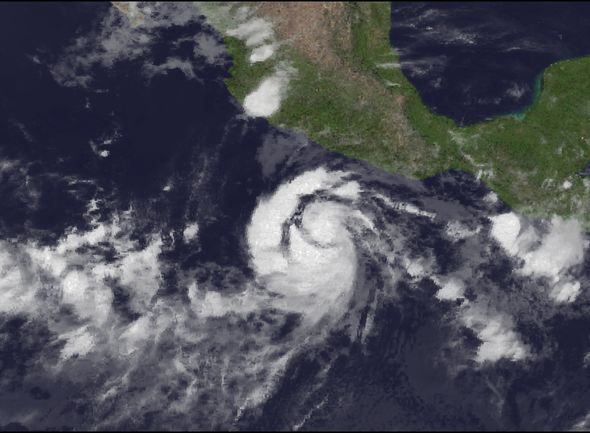 A second tropical storm is brewing, this time one which goes by the name of Genevieve.

Tropical Storm Genevieve formed on Sunday afternoon in the eastern pacific and is exhibiting winds of 45mph.

The latest updates show the storm is strengthening, with winds now estimated at 60mps with movement of 18mph to the west-northwest.

Genevieve is currently sitting 310 miles south of the coast of Acapulco, Mexico, and large swells generated by this system will start affecting portions of the southern coast of Mexico throughout Monday and Tuesday. 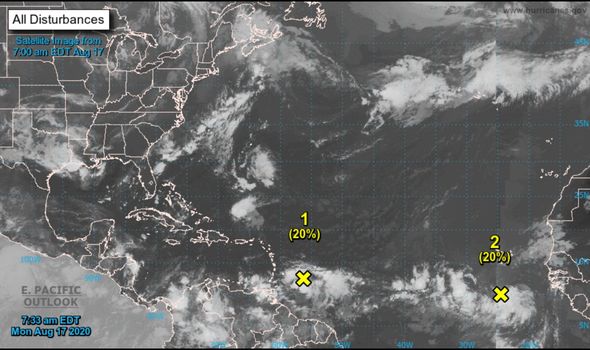 Another weather system in the form of a fast-moving tropical wave has been identified hundreds of miles east of the Windward Islands, in the West Indies.

This weather system is expected to bring “disorganised shower and thunderstorm activity”, according to the NOAA.

It is likely to move westward at an estimated speed of 20mph during the next few days, as it moves towards the Leeward Islands before entering the Central Caribbean Sea on Tuesday and Wednesday.

Following this, the system is expected to move more slowly westwards across the western Caribbean Sea, where winds could be more likely to form into a tropical depression.

Another tropical wave is churning after being spotted over the eastern tropical Atlantic Ocean, to the south-southwest of the Cabo Verde Islands.

The tropical wave is forecast to produce disorganised cloudiness and heavy downpours in the area.

The system is expected to move westward to west-northwestward at a speed of 15 to 20mph during the next few days.

Environmental conditions are understood to become more likely for the development of a tropical depression towards the end of the week.