India’s External Affairs Ministry has summoned the Pakistan charge d’affaires Syed Hyder Shah amid accusations the men had been aducted by Pakistan’s Inter-Services Intelligence (ISI) agents. Security sources later claimed the officials had been arrested by Pakistani authorities for their alleged involvement in a “hit and run accident”.

New Delhi said it had made clear the men should not be interrogated or harassed the Indian officials and warned the responsibility for their safety and security lay with the Pakistani authorities.

Sources close to the case said the Pakistan side was asked to return the two officials along with the official car to the High Commission immediately. 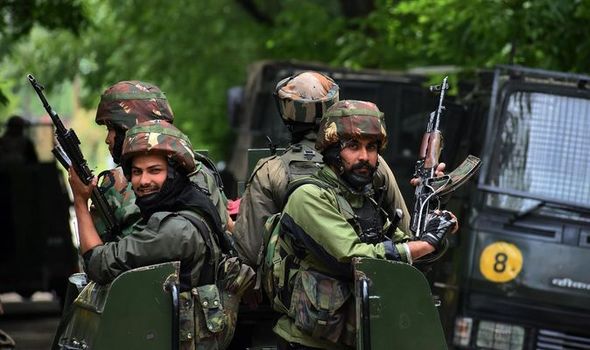 An Indian defence force said: “One vehicle with two Central Industrial Security Force (CISF) drivers had gone out for duty but did not reach the destination.”

Two officials of the Pakistan High Commission were apprehended by law enforcement officials for their alleged involvement in espionage and have been asked to leave the country within 24 hours.

The Indian Ministry of External Affairs said: “The government has declared both these officials persona non grata for indulging in activities incompatible with their status as members of a diplomatic mission and asked them to leave the country within 24 hours.” 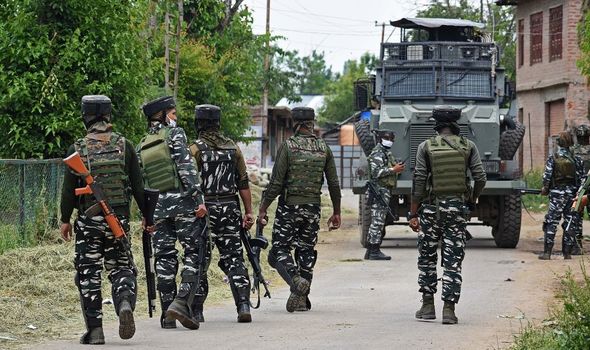 According to sources, the two persons have been identified as Abid Hussain and Tahir Khan.

The duo were apprehended in a joint operation by the Delhi Police and Military Intelligence and were handed over to the MEA.

A third Pakistani, a driver with the mission, was also detained during the operation.

Tensions between the nuclear armed neighbours boiled over last week when the two sides exchanged fire over the disputed border in Kashmir.

The Indian Army accused the Pakistani Army of violating the ceasefire at three various locations along the border and shots were fired.

According to reports, India’s bomb disposal team were called to detonate an IED recovered on the Baramulla-Handwara Highway in North Kashmir.

The Indian Army said in a statement: “Heavy exchange of fire is currently underway in Jammu and Kashmir.

“Pakistan has violated the ceasefire in Mankato at about 6.30am by firing with small arms and intense shelling with mortars and the Indian Army retaliating.” 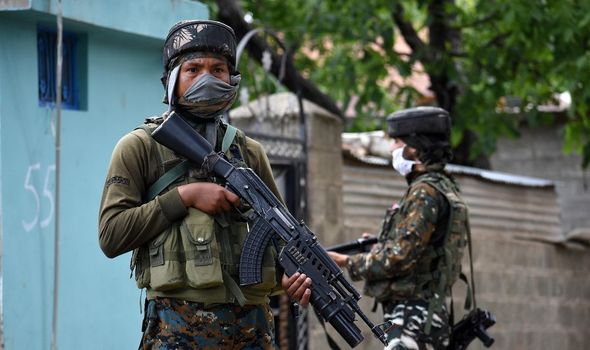 During a joint search operation by the Kupawara Police and Indian security forces, large quantities of arms and ammunition from a weapons dump were found in the village of Keran.

Over the years, New Delhi and Islamabad have fought deadly conflicts over the region since the petition in 1947.

India is facing increased military pressure on its borders with Pakistan and China.