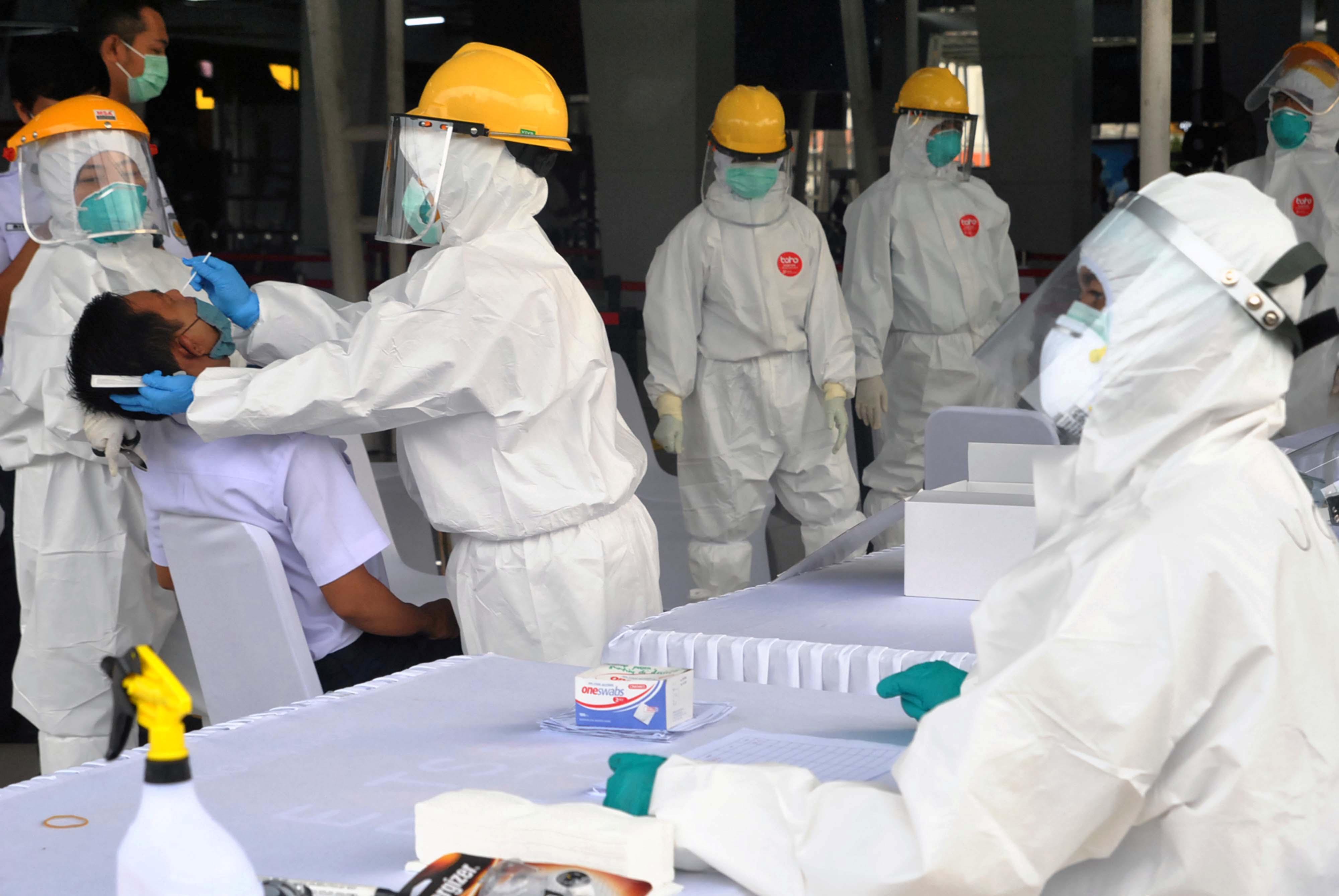 The world’s fourth most populous country has officially reported 9,096 coronavirus cases, the second highest number in Southeast Asia after Singapore, although some medical experts are concerned relatively low testing is masking a much higher rate of infection.

Indonesia, which has reported 765 deaths, the highest number in East Asia outside China, has also been slower to bring in restrictions on movements than some neighbouring countries.

“The president has asked that we work harder, for the people to obey and be more disciplined, and for the authorities to be more stern so that by June, we’re hoping we can lower the infections in Indonesia,” Monardo said after a cabinet meeting.

“In July, we’re hoping to resume our normal lives,” he said, pledging to increase testing between April and May “massively”.

Indonesia had tested more than 59,000 people as of Monday, but the number was well below Singapore, which with a population of only 5.6 million people has tested 82,644 people.

The struggle by Indonesia, which has a population of over 260 million, to increase testing has been partly put down to a lack of staff to conduct tests and a shortage of reagents needed for testing.

Monardo said 479,000 additional reagents had been dispatched from South Korea and China.

Monardo said the infection curve in the Indonesian capital Jakarta was flattening, due to large scale social restrictions measures limiting public gatherings and mass transportation that have been in place until May 22.

According to official data, Jakarta has recorded 3,869 infections and 367 deaths, the most in all 34 provinces.

At the start of the Muslim fasting month of Ramadan, Indonesia has also temporarily halted air and sea travel, with some exceptions, until May 31 in a bid to curb the spread of the virus. The country has the world’s largest number of Muslims.

Indonesia has banned citizens’ traditional annual exodus from the cities to provinces across the archipelago during the holiday period.