Iranian armed forces launched missiles “buried underground” during military drills intended to send a deadly warning to the US. The Islamic Republic has conducted a range of well-publicized military drills across two days amid heightened tensions with Washington. Earlier this week, Iran’s paramilitary Revolutionary Guard (IRGC) launched missiles blowing up a mock US aircraft carrier in the strategic Strait of Hormuz.

Following the underground missile exercise, the IRGC proclaimed it as “the first time in the world” that such an exercise had been carried out.

The Revolutionary Guard hailed “the successful launch of ballistic missiles from the depths of the Earth in a completely camouflaged way” as an “important achievement that could pose serious challenges to enemy intelligence organisations”.

Iran is known to have invested heavily in vast underground bases hiding its ballistic missile arsenal.

During another drill, so many missiles were fired that the US military temporarily put two regional bases in the Middle East on alert. 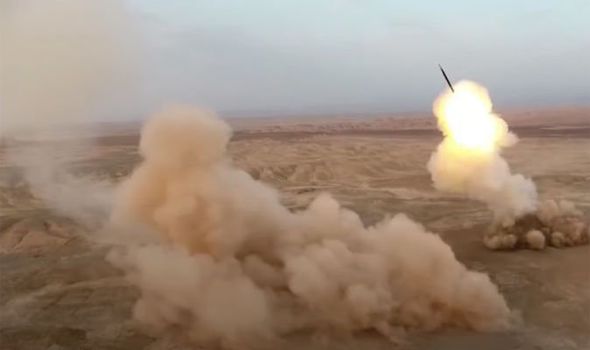 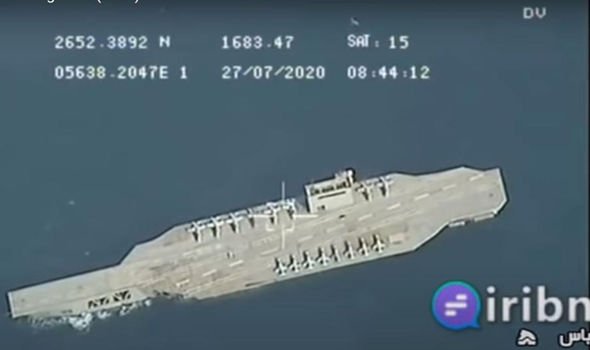 The US military confirmed that ballistic missile fire detected resulted in American troops being put on alert at Al-Dhafra Air Base in Abu Dhabi in the United Arab Emirates and Al-Udeid Air Base, the forward headquarters of the US military’s Central Command in Qatar.

US Army Major Beth Riordan, a Central Command spokeswoman, confirmed that US troops sought cover during that time.

She said: “The incident lasted for a matter of minutes and an all clear was declared after the threat had passed.”

The launches came a day after the elite Guard struck a mock-up of a US aircraft carrier with volleys of missiles along the Strait of Hormuz, a vital shipping lane responsible for moving one-fifth of global oil output. 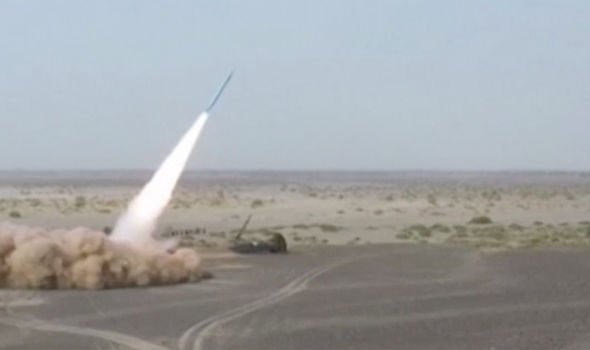 Later satellite photos showed the giant mockup of a US Navy Nimitz-class aircraft carrier capsized just outside the port of Bandar Abbas after being used for target practice.

The US Navy called the recent drills “irresponsible and reckless”, accusing Tehran of trying to “intimidate and coerce”. 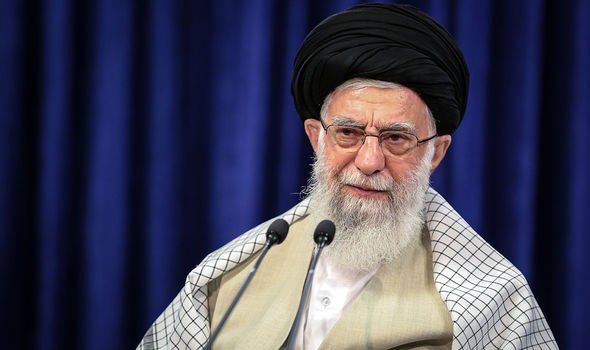 They also shared images of the Al-Udeid Base in Qatar, which hosts thousands of US troops, taken by Iran’s newly-launched satellite, Nour-1.

During the exercises, Iran’s Supreme Leader the Ayatollah Ali Khameini said the US presence in the Middle East is a “detriment”.

He told Iranian troops that the US presence was “a cause for insecurity, destruction and backwardness of the countries”.