TRES UNIDOS, BRAZIL (Reuters) – Tres Unidos, an indigenous village in Brazil’s Amazon rainforest, locked out all visitors, hoping that isolation would keep it safe. And yet the new coronavirus still came. 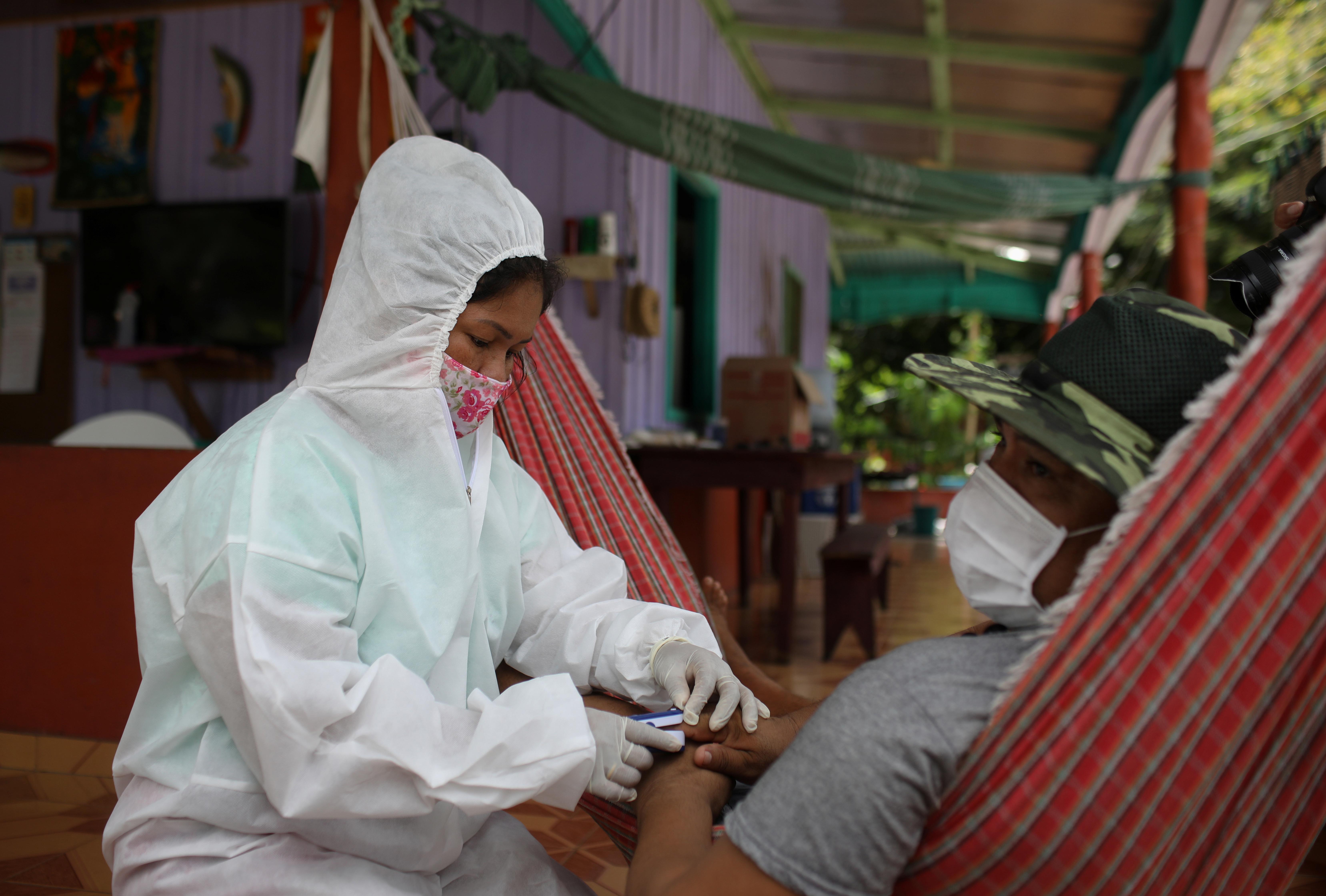 It arrived, most likely up the Rio Negro, the giant snaking river that connects Tres Unidos with the Amazon’s largest city, Manaus – five hours away by boat.

The rivers, the lifeblood of these remote communities, are now also bringing disease. The dots of confirmed coronavirus deaths on a map published by Brazil’s government follow the rivers in these remote parts.

Waldemir da Silva, the village chief better known here as Tuxuau Kambeba, said the virus came quietly, as if carried on the wind.

“The virus is treacherous,” he said, wearing a white face mask and a wooden headdress.

“We started getting ill and thought it was a bad cold, but people got worse. Thank God the children did not get it,” the 61-year-old told Reuters.

The drama of the 35 families of the Kambeba tribe is repeated in indigenous communities across the Amazon, as the epidemic moves upriver from Manaus, one of the hardest hit cities in Brazil, where hospital have run out of intensive care units and cemeteries are using collective graves to bury the dead.

With the virus comes fear. For the inability to know who has the virus. For the poor quality healthcare. For the future of indigenous people.

A non-profit conservationist group, Fundacao Amazonia Sustentavel, based in Manaus, is trying to help.

It has donated test kits and the state government delivered 80 on Thursday to the Kambeba village.

Three people resulted positive when they were tested by the community’s nurse technician, Neurilene Kambeba, adding to 13 previous confirmed cases in the village of 106 people.

“We feared the whole village was infected because many people had symptoms and we had no way of knowing,” she said.

“We are fighting for that virus to disappear and no one dies, because Manaus is very far away and we might not get there in time to save a critical patient.”

The Kambeba, who originated in the upper reaches of the Amazon in the forests of Peru, are known for their mastery of archery. Two men from the village have won medals competing in Brazil’s national team.

The community is treating the sick with hot drinks of traditional herbs prescribed by the elder indigenous woman to cure ills, such as garlic and lemon for coughs, or mangarataia, the word for ginger in their language. 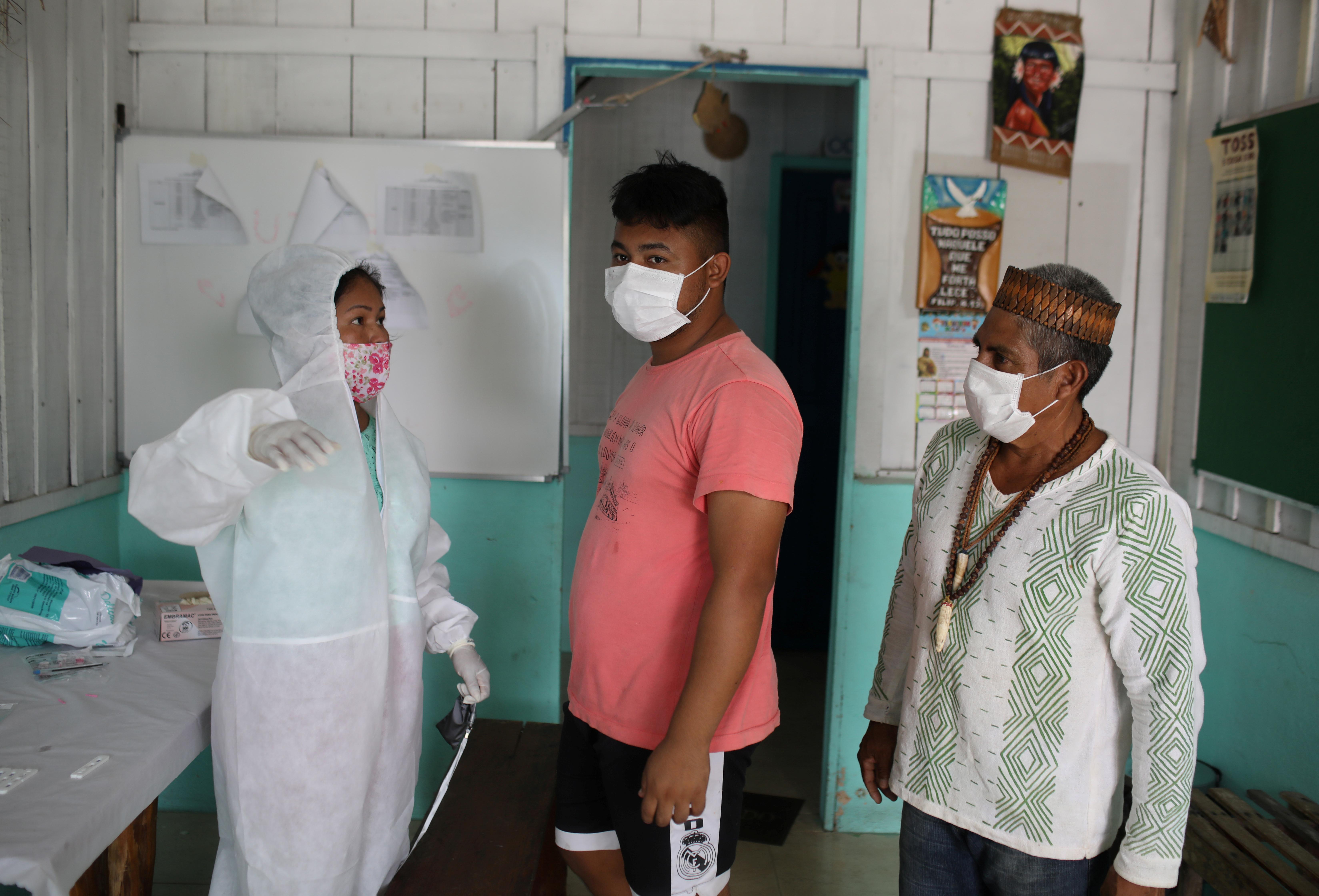 Virgilio Viana, head of the Fundacao Amazonia Sustentavel, said the villages nearest to Manaus were most vulnerable to infection by the coronavirus.

Brazil is far behind other countries in testing for the virus and the situation is even more challenging in the Amazon, he said. The government has said it had difficulties buying tests abroad but has now stepped up testing as it plans to open up the economy, despite surging deaths from COVID-19.

“The rapid tests are very important to be able to diagnose COVID-19 cases so that medical protocols of social distancing can then be followed to avoid contagion,” Viana said.