Despite only being in Hollywood for five years, James Dean became an iconic figure after his death and had only starred in three major films – ‘Rebel Without a Cause’, ‘East of Eden’ and ‘Giant’. His passing at the age of 24 was mourned across the US and a memorial plaque was later installed on Route 466, now SR 46, in California. In the years that followed his collision, it was believed that the daredevil driver’s speed and recklessness led to his untimely demise. But reconstructions of that tragic crash, which happened 65 years ago today, reveal a different side of the story.

On the day of the actor’s death – September 30, 1955 – Dean appeared happy as he smiled at a camera and held his hand in the air, as he sat inside his beloved Porsche 550 Spyder, which was nicknamed ‘Little B*****d’.

The actor was alongside mechanic Rolf Wutherick, who he travelled with on that fateful journey and intended to participate in Salinas Road Race.

The crash later that day seriously injured Wutherich and claimed the actor’s life, who was later buried in Indiana near his uncle’s farm, where he grew up.

Dean was advised to drive to the venue by his passenger, in the thought that he could better acclimatise to the vehicle and prepare himself for the race.

During his journey, Dean was ticketed for speeding a couple of hours before he reached the fatal intersection where his car collided with a Ford Tudor Sedan.

The moment sent the vehicle bouncing across the highway, threw Wutherich out of the car and trapped the actor inside – where he suffered horrific injuries, including a broken neck. 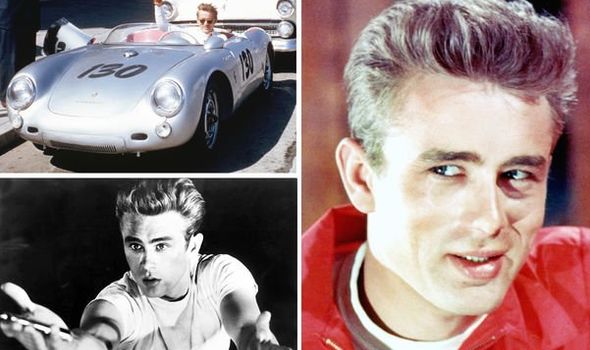 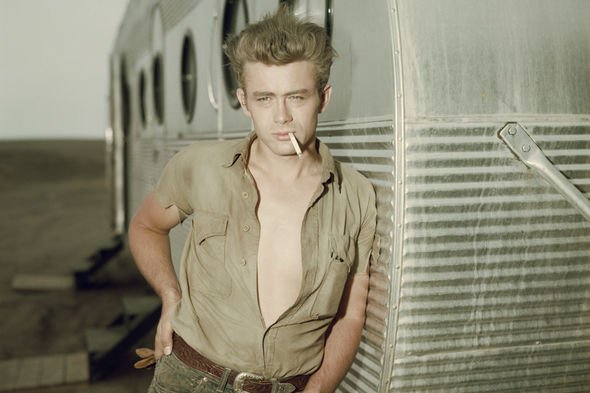 It was believed the actor was unable to brake in time due to the speed his car was travelling at but the Channel 5 documentary ‘The Day That James Dean Died’ suggested otherwise.

Using computer technology, which rescontructed the scene, Dean was said to have travelled at just over 70mph – around 20mph slower than was previously thought.

They also claimed that he braked sharply, in contradiction of initial beliefs that he tried to speed-up to accelerate around the oncoming vehicle.

The documentary also claimed that the testimony of Dan Dooley, who was 15 years old when he observed the fatal crash, was inaccurate.

Previously, the witness and his brother-in-law raced over to the crash site after the accident and claimed to see Dean “on the left side facing us, on the passenger side”.

This led him to conclude: “The man in the plaid shirt, the mechanic (Wutherick), was doing the driving.” 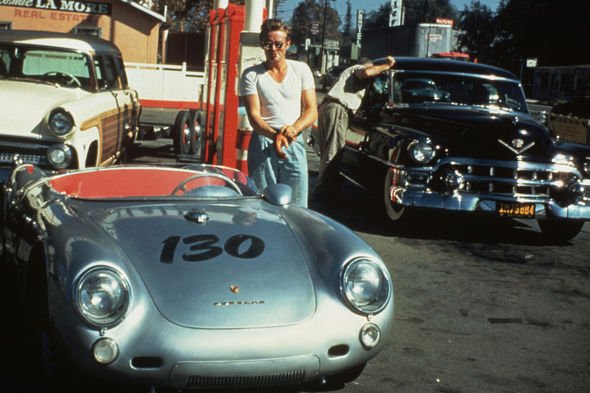 Mr Dooley’s account was discounted during the inquest, where he was described as an “untrained eye” – but he strongly clung onto his beliefs about the crash.

He said: “That is what I saw, the things I say, I say truthfully out of memory. I have nothing to gain by lying about it.”

Despite the claims, the documentary’s modern recreation of the collision revealed that Dean’s body took the full-force of the impact.

They claimed Dean was pushed from the driver’s seat into the passenger side after Donald Turnspeed’s Coupe collided with ‘Little B*****d’ during the crash.

Mr Turnspeed only gave one interview after the collision in which he stated: “I didn’t see him coming.”

In a chilling clip shortly before his death, while he filmed ‘Giant’ and when he was banned from race car driving, Dean made a government advisory video about speeding.

During the public service announcement, he denounced driving at reckless speed on the US highways and was supposed to end the clip with the statement: “The life you save may be your own.”