TOKYO (Reuters) – Japan’s Defence Minister Taro Kono said on Saturday he had agreed with his U.S. counterpart Mark Esper that both countries opposed any unilateral attempt to change the status quo in the key waterways of the South China Sea and the East China Sea. 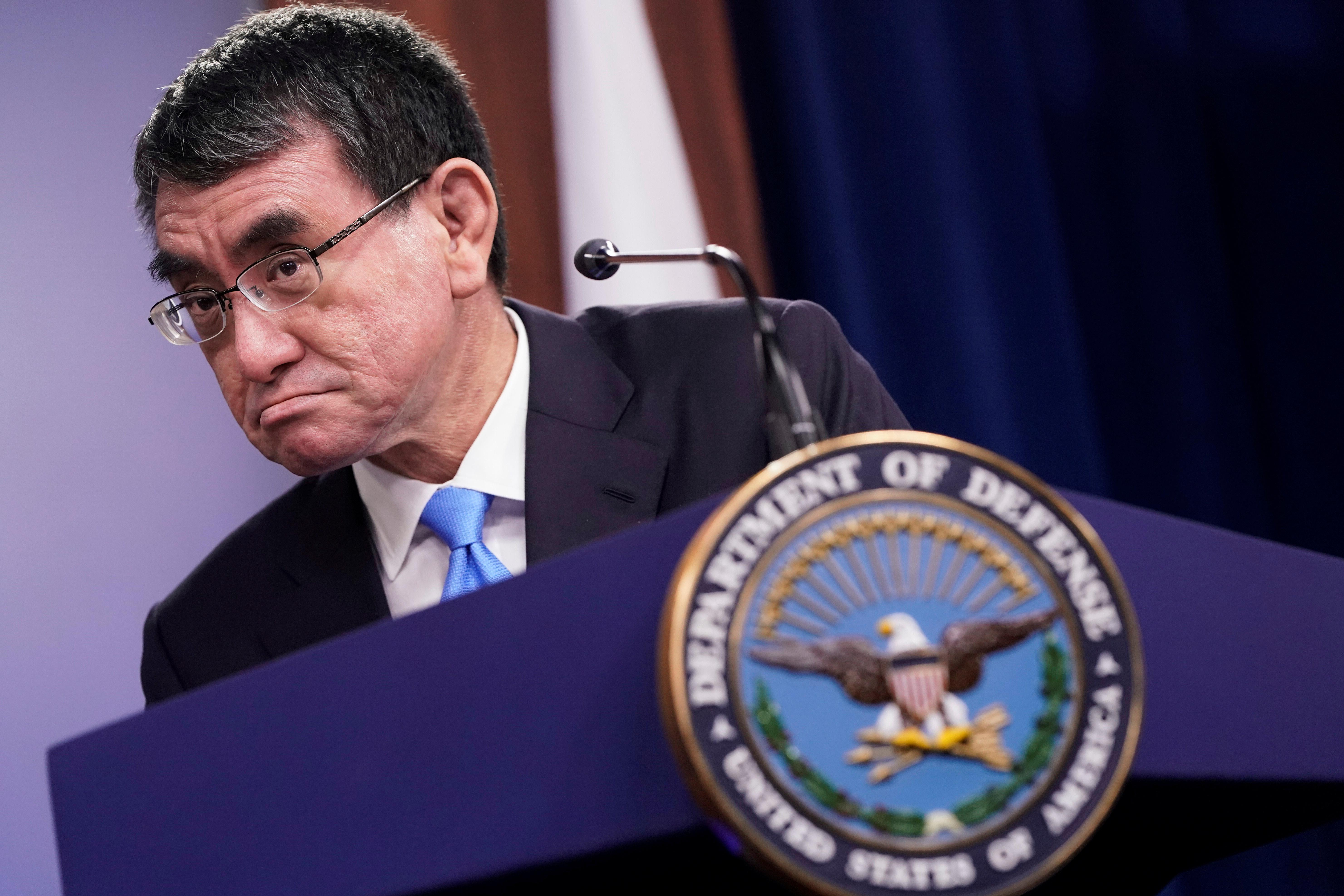 Kono shared his view with the U.S. defense secretary at a time when the United States and China are at loggerheads over issues ranging from technology and human rights to Chinese military activities in the disputed South China Sea.

A thorny issue in China’s ties with Japan is Beijing’s claim to a group of tiny East China Sea islets controlled by Tokyo.

“We agreed that the international community will respond firmly to any unilateral change to the status quo in the South China Sea as well as the East China Sea,” Kono said.

He was speaking online from Guam to reporters in the Japanese capital following his meeting with Esper.

Kono said Esper had confirmed that the U.S.-Japan security treaty covered the East China Sea islets, known as the Senkaku islands in Japan and the Diaoyu islands in China.

Turning to Japan’s domestic politics, Kono said he would think hard about running in a ruling party election to choose a successor to Prime Minister Shinzo Abe, who abruptly announced his resignation for health reasons on Friday.

The United States has long opposed China’s expansive territorial claims in the South China Sea and has sent warships regularly through the strategic waterway.

China claims 90% of the potentially energy-rich waters but Brunei, Malaysia, the Philippines, Taiwan and Vietnam also lay claim to parts of it.

About $3 trillion worth of trade passes through the waterway each year. China has built bases atop atolls in the region but says its intentions are peaceful.