Women will be invited to attend key meetings of the ruling political party in Japan – as long as they don’t speak.

The Liberal Democratic Party proposals will allow five female lawmakers to join the party’s all-male board meetings as observers.

The women would be able to “look” at the “kind of discussions” taking place and submit any opinions afterwards.

It follows the resignation of the Tokyo Olympic organising committee chief after he said during an online meeting that women talk too much.

In the latest case, Toshihiro Nikai, the ruling party’s secretary general, said he had heard criticism that the board was male-dominated, but was keen to stress that the members are elected.

The 82-year-old said: “It is important to fully understand what kind of discussions are happening. Take a look, is what it is about.”

But requiring female observers at meetings to remain quiet has drawn fierce criticism that the party is out of touch.

Belinda Wheaton, a cultural sociologist at the University of Waikato in New Zealand, said: “People will just put women on them as a kind of PR exercise.

“I think it’s probably time to be asking questions as to why it is that we feel that men in their 70s or 80s are able to fulfil these roles better versus a man in their 40s or 50s, or a woman.” 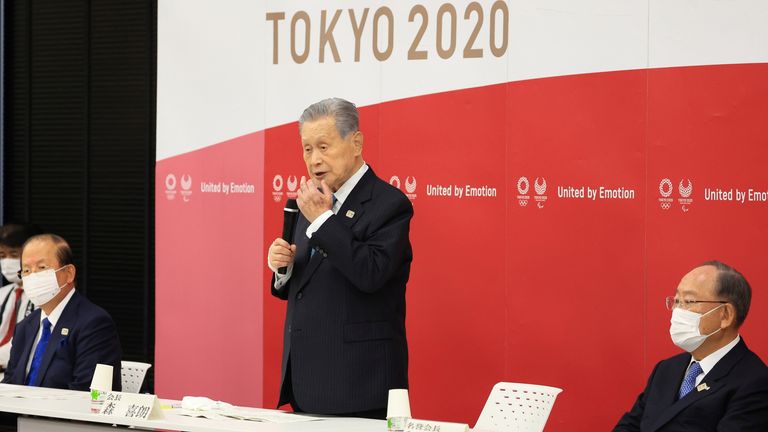 Yoshiro Mori, 83, stepped down as the Tokyo Olympics organising committee chief after his comments triggered a backlash at home and abroad.

The former Japanese prime minister had initially refused to resign and later, when asked whether he truly believed women talked too much, replied: “I don’t listen to women that much lately, so I don’t know.”