TOKYO (Reuters) – Japan’s economy minister says the government will urge businesses to aim for 70% telecommuting and enhance other social distancing measures amid a rise in coronavirus cases among workers, some infected during after-work socialising. 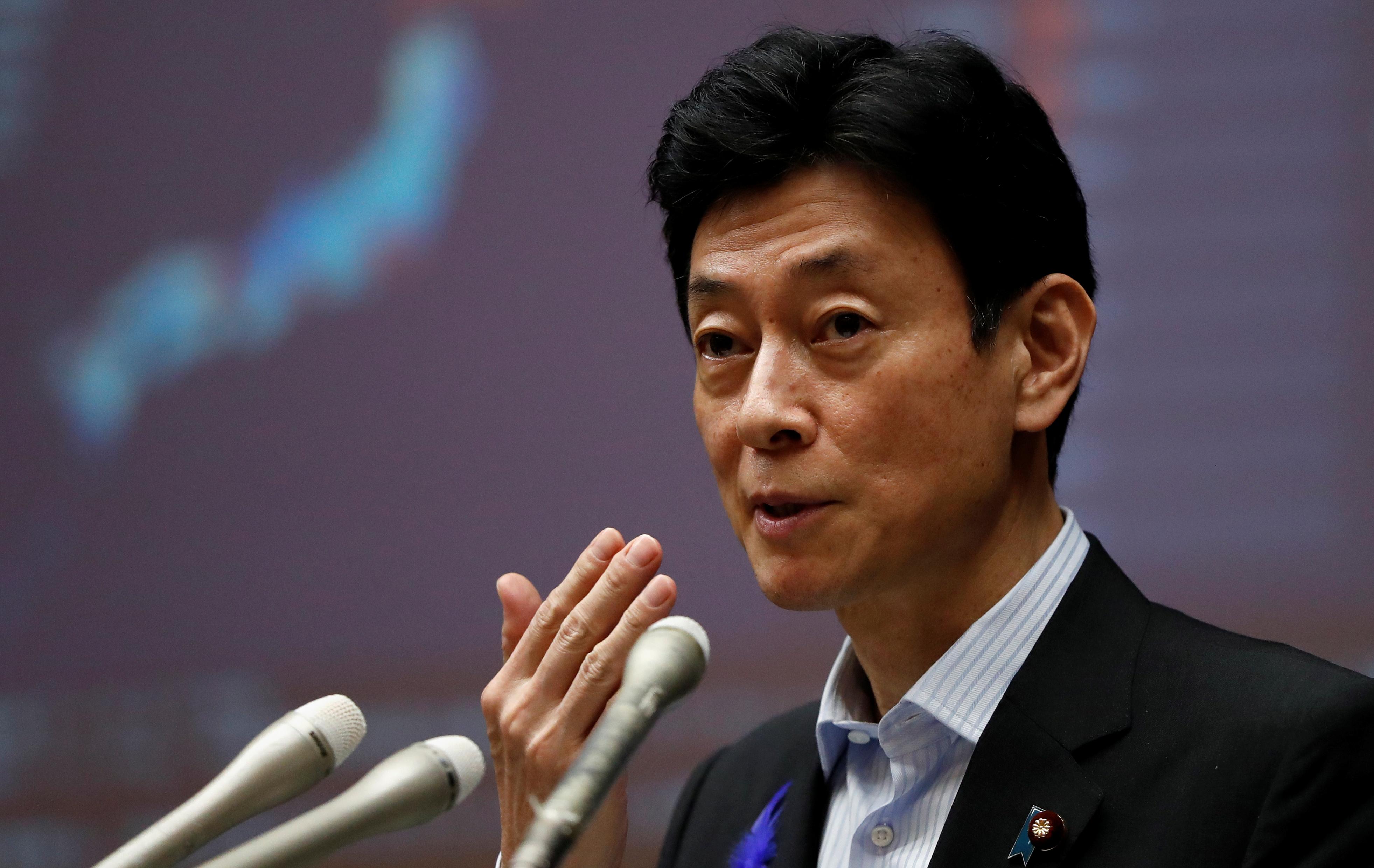 Though Japan has largely avoided the mass infections that have killed tens of thousands overseas, a record surge in cases during the past week in Tokyo and other major urban areas has experts worried the country face a second wave.

Economy Minister Yasutoshi Nishimura late on Sunday called on business leaders to enhance anti-virus measures such as encouraging the level of telecommuting achieved during Japan’s state of emergency this year.

Tokyo last week reported a daily record of 366 cases, with 239 on Sunday. The southern city of Fukuoka reported a record 90 cases on Sunday, along with rising numbers in Osaka.

“At one point, commuter numbers were down by 70 to 80%, but now it’s only about 30%,” Nishimura said. “We really don’t want to backtrack on this, so we have to explore new ways of working and keep telecommuting high.”

He also called on companies to avoid large gatherings and to urge staggered shifts.

Nishimura said last week that concern was rising about clusters, specifically those involving host and hostess bars as well as others connected to workplaces and after-work socialising.

Though the number of serious cases remains relatively small, the government is also concerned about a rise in infections among people in their 40s and 50s.

The rate of telecommuting has lagged in Japan because of a paper-driven culture and technological shortcomings, experts say.

The central government remains determined to restart economic activity and last week launched a domestic travel campaign in the face of widespread criticism.

But Tokyo was omitted from the plan and Tokyo governor Yuriko Koike called on the city’s residents to stay home during a four-day weekend starting Thursday.