You may dote on your garlic, adore your onions, worship your shallots, but do you really know the difference between a spring onion and a scallion? A ramp and a ramson? A Welsh onion and a leek?

The base of countless dishes across nearly every cuisine, alliums are an essential kitchen staple. But they’re also bewildering, with unfixed and overlapping designations that can be difficult for even professionals to classify. (“Allium,” the Latin word for garlic, refers to a genus of plants that includes hundreds of species edible and decorative and sometimes both.)

Edible alliums are linked by their stink, a pronounced aroma caused by the sulfur compounds that make them up. This odoriferous character, ranging from sweet and herbal to strident and metallic, means you always know when there’s an allium in the room, often before it’s even sliced. It’s these same sulfurous vapors that can sting your eyes. (To curb any tears, chill especially aggressive varieties like onions and shallots before chopping.) But alliums’ harshness mellows considerably when cooked, their sugars browning and caramelizing. Or if using raw alliums, tame their bite by rinsing them under cool water or soaking them in an acid like lemon juice or vinegar for a few minutes before whisking into dressings and sauces.

Because there are so many different varieties with all their varying levels of pungency, even seasoned allium lovers can get confused as to the best ways to put each one to use (raw? simmered? caramelized?). To help clarify, here’s a guide for every cook looking to get the most out of everything from those first green ramps of the season all the way to the stalwart storing onions in winter’s depths. 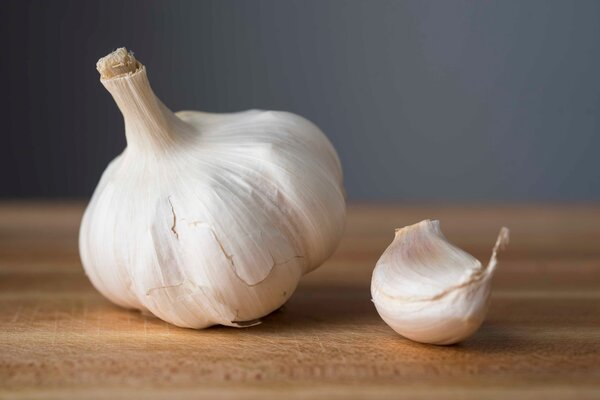 The most potent of all alliums, garlic has been a love-it-or-hate-it proposition throughout history.

In the kitchen, it makes its presence known, especially when added raw to salads, sauces and relishes. But, cooked at low or moderate heat, its strident nature softens, becoming sweet and almost candylike. It’s best to avoid high heat when cooking garlic; once burned, its acrid flavor will taint everything else in the dish.

Cultivated garlic — as opposed to wild garlic, which is another species — falls into two main categories, hardneck and softneck (the neck is the garlic’s stalk). Softneck is what you’re most likely to see in supermarkets because it’s easier to grow and more shelf-stable. Hardneck garlic, such as rocambole, is grown in cooler climates, and has a more nuanced flavor that’s earthier and less sharp than softneck varieties. But it’s also expensive and can be hard to find outside farmers’ markets.

Garlic scapes are a relatively new offering among alliums: They’ve found a market among garlic lovers only in the past two decades. Exuberantly curlicue and pale green, they are the fresh stems of hardneck garlic varieties. Farmers typically trim them off maturing plants to encourage the bulbs to grow larger.

With a firm, succulent texture and a mildly spicy undertone, scapes are vegetable and aromatic all in one. Slice them up and sauté them like green beans, steam them like asparagus, add them to soups and stews or purée them into dips and pesto. Theirs is a gentle, herbal bite.

The roots of the garlic plant are also edible — good to know if you’re growing garlic yourself. The farmer and cookbook author Lee Jones of The Chef’s Garden in Huron, Ohio, describes them as having a sweeter, more delicate flavor than garlic, and recommends using them raw in salads, floated in broths or fried as wispy garnishes.

Green garlic is harvested before it’s fully mature. The youngest, skinniest ones look like scallions, but with flat stems, and have a fresh, grassy, zippy garlic flavor. As they mature, green garlic plants will develop bulbs, but they are still milder and juicier than cured garlic (the standard kind you buy in grocery stores). Because green garlic doesn’t have papery outer layers to remove, you can just chop up the whole bulbs along with any nice-looking stems. Use them either raw or cooked, in salads, sautés, marinades, sauces and dips. Green garlic also makes an excellent substitute for scallions anywhere you’d like a garlicky jolt.

And finally, there’s elephant garlic, which doesn’t belong to the garlic species at all; instead, it’s a cultivar of wild leeks. It has larger bulbs and a more muted flavor than common garlic, making it good for garlic-phobes but not very compelling for garlic fans.

Although leeks are mostly used as a supporting ingredient in the United States, they’re a star in other parts of the world, served roasted, baked, poached or grilled, usually whole to flaunt their elegant length.

Milder and sweeter than many alliums, leeks have been cultivated since ancient times, and were especially popular in medieval Europe, served during Lent as the centerpiece of meatless meals.

Leeks do well in the cold, making them a winter mainstay. In order to cultivate the sweetest, straightest and palest bulbs, farmers often heap earth onto leek beds to keep them tucked underground all winter long, then harvest them in the spring. This treatment has one downside: Leeks require thorough cleaning to get rid of all the soil nestled in their layers.

To clean a leek, first slice off the hairy roots and trim away any withered, yellowing bits from the green leaves. Then, the leeks can be sliced, soaked in a bowl of water until the soil sinks to the bottom, and rinsed well in a colander. Or, slice the leeks lengthwise and hold the cut sides under a tap, letting the cascade of water sluice away the dirt.

Most recipes call for using only the white and light green parts of the leek, saving the dark greens for stock. But when thinly sliced and sautéed, the dark greens have a rich mineral, herbal taste that’s a lot deeper than the mild white sections. The slimmer the leek, the finer and less coarse its greens tend to be, so choose the smallest ones you can get and use every part.

A staple in almost every kitchen, onions range in shape from softball-size orbs to diminutive pearl or cipollinis, any of which can be yellow, white or reddish purple, with papery skins. In general, white and red onions tend to be sweeter, while yellow varieties are more pungent, though that can vary depending on the cultivar. (If a recipe calls for a generic “onion,” it’s the yellow kind, usually one that’s 2 to 2½ inches in diameter, though a little onion more or less really won’t harm a dish.)

Emily Weinstein has menu suggestions for the week. There are thousands of ideas for what to cook waiting for you on New York Times Cooking.