Furious Kyiv officials said that Russian warplanes launched 13 missiles on the Odesa region, destroying a number of residential buildings in the popular resort
of Zatoka.

The attacks came just days after a new deal was signed to allow grain shipments to resume from Ukraine’s Black Sea ports after a blockade.

The Ukrainian army also said it has successfully stepped up its battle to reclaim the city of Kherson, aided by Western rocket systems. 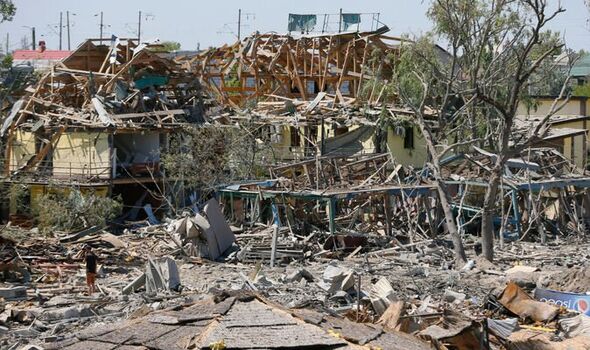 The increasingly intense attacks on the Russian-occupied southern city – the first to fall to Kremlin forces earlier in the war – have now become the focus of the defending forces’ fightback.

Meanwhile, Ukraine president Volodymyr Zelensky said he does not want Boris Johnson to “disappear” after he stands down as Prime Minister.

Mr Zelensky said: “He is a big friend of Ukraine. I want him to be somewhere in politics, in a position to be someone.”