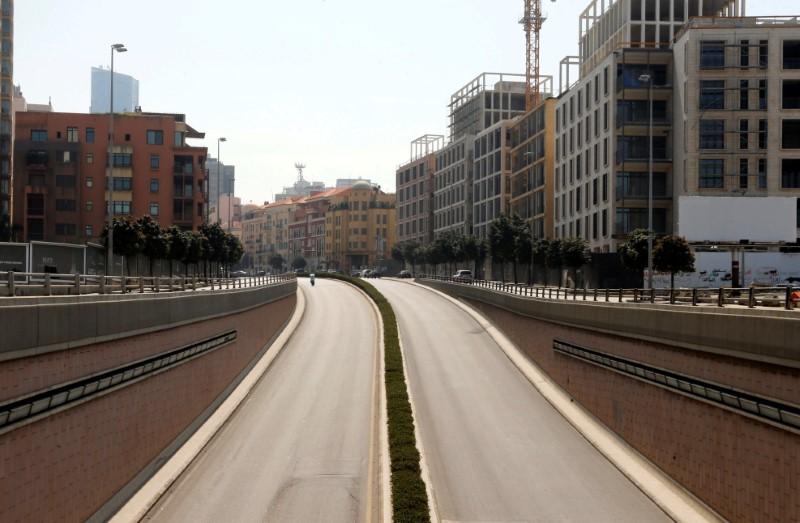 BEIRUT (Reuters) – Lebanon is extending a lockdown by two weeks until April 12 to combat the spread of the coronavirus, its information minister said on Thursday, while introducing strict new steps that seemed to amount to an overnight curfew in all but name.

Under the lockdown, declared under a state of medical emergency on March 15, people can only leave their homes to buy food and medicine and all non-essential businesses have been closed, along with Beirut airport.

“We are still in a very dangerous stage for the spread of the corona epidemic and therefore it is necessary to extend the deadline,” Information Minister Manal Abdel Samad said, citing remarks from Prime Minister Hassan Diab after a cabinet meeting.

Lebanon on Thursday tightened measures further, ordering the closure of supermarkets and food producers between 7 p.m. and 5 a.m. and allowing only the operation of pharmacies, producers of medical supplies, mills, and bakeries during this time.

Diab’s office said in a statement outlining the steps that Lebanese would be banned from going out during these hours, and the restrictions would be enforced by the military and security forces.

Lebanon, already hard-hit by a crippling financial crisis, has not declared a state of emergency or a formal curfew, which would require parliamentary approval.

The powerful paramilitary group Hezbollah, which has some posts in government, said on Wednesday it was mobilising 25,000 people including medics and readying hospitals to bolster the state’s response to the virus.

Lebanon said on Thursday it had recorded 368 cases of coronavirus and six deaths.