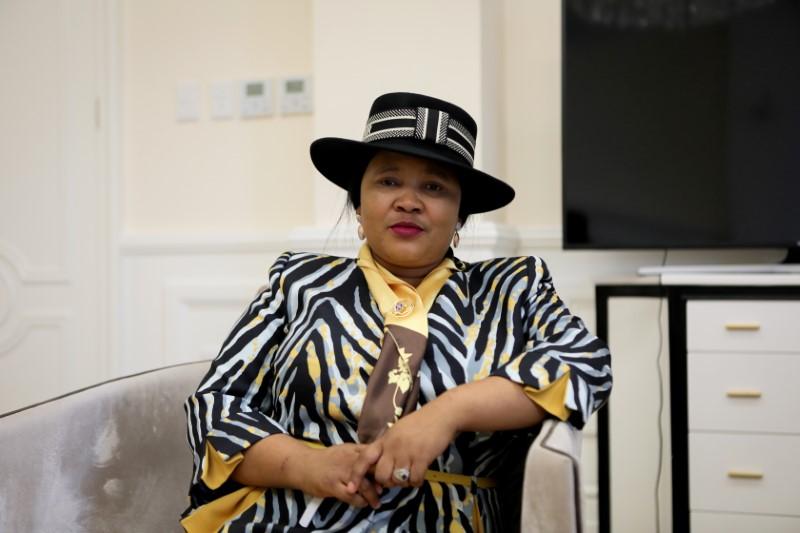 MASERU (Reuters) – Lesotho’s former first lady, Maesaiah Thabane, was arrested on Wednesday over the murder of the previous wife of her husband and former prime minister, Thomas Thabane, police said.

Lesotho’s Appeal Court revoked her bail last week on suspicion that procedure was not followed correctly when her bail was granted.

Thabane was transferred to court, where she wore a fur coat and black protective anti-coronavirus mask, a Reuters witness said.

The date for a new bail application was set as June 6.

Maesaiah Thabane has been charged with ordering the killing of Lipolelo Thabane, her love rival, who was shot dead near her home in Lesotho’s capital, Maseru, in June, 2017. Maesaiah Thabane was released on bail in February.

Lipolelo was estranged from Thomas Thabane at the time of the murder.

The case had been causing growing political instability in the independent mountain kingdom of 2 million people encircled by South Africa before Thomas Thabane resigned as prime minister last month.

He is also a suspect in the murder. He denies any involvement and has yet to be formally charged.