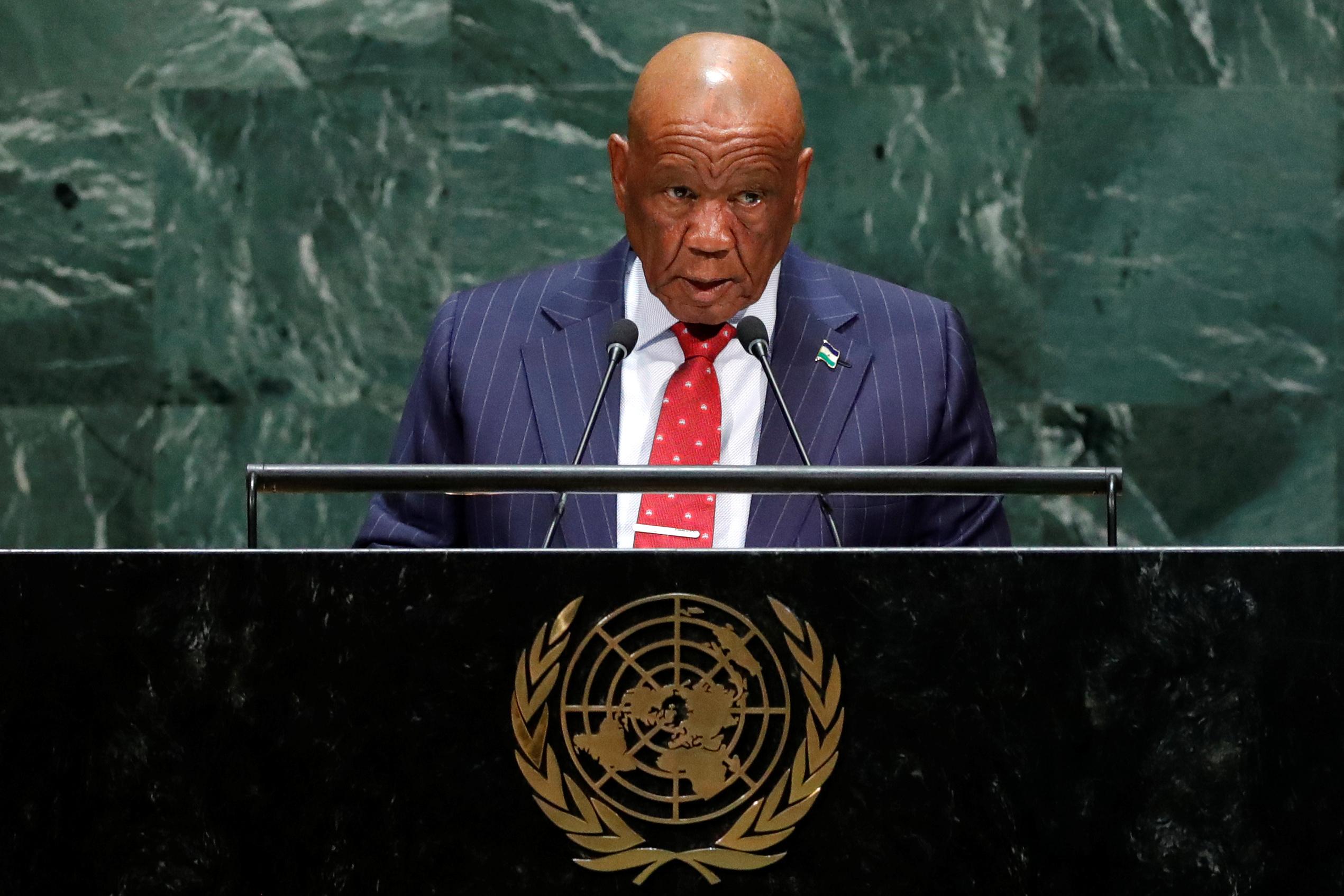 JOHANNESBURG (Reuters) – Lesotho’s Prime Minister Thomas Thabane will resign by May 22nd, his spokesman said, adding he knew nothing of a report that the prime minister would hand in his resignation to the king on Wednesday.

Thabane’s departure would resolve a political crisis that erupted late last year, and end a career marked by exile, political feuding, intrigue and strains with the military.

The prime minister had been under pressure to resign over a case in which he and his current wife are suspected of conspiring to murder his former wife nearly three years ago. They both deny any involvement.

The AFP news agency quoted Thabane in an interview overnight as saying he would send a resignation letter to King Letsie III on Wednesday. He is required to step down by the end of next week to make way for a new government, after his coalition fell apart on Monday, but he had not signalled when he intends to go.

Thabane’s spokesman, Thabo Thakalekoala, said the prime minister would leave by the 22nd, but had no further information.

Police named Thabane and his current wife, Maesaiah, in the murder case late last year, heightening political tensions as he came under pressure to step down.

All parties have provisionally agreed on Finance Minister Moeketsi Majoro to replace Thabane.

Maesaiah has been charged in the murder case, while Thabane has been named as a suspect though he has yet to be formally charged. Lawmakers said he was not offered immunity when he signed the deal to dissolve the government.

Members of the ruling All Basotho Convention (ABC) and opposition parties had been heaping pressure on Thabane to step aside, as had Lesotho’s bigger neighbour, South Africa, for whom its mountains are a vital source of water.