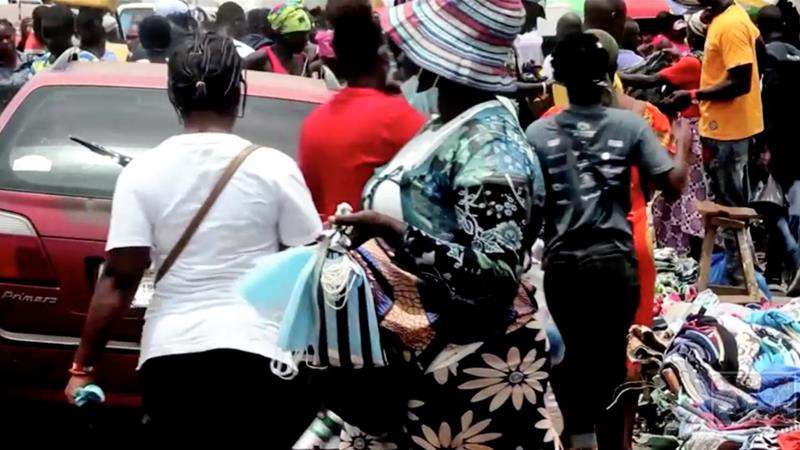 Monrovia, Liberia – “Please open up!” blared a man’s voice through a megaphone as a government patrol vehicle stopped next to a tightly-knit group of women.

The women, most of them vendors at the Waterside market in Liberia’s capital, Monrovia, momentarily dispersed. They have been unable to trade after municipal authorities last week demolished their stalls in a bid to reduce overcrowding and prevent the spread of the new coronavirus.

“They told us they would close the market and we agreed,” Fatumata Kaba, 33, said on Thursday. “We don’t want to be affected by the virus and bring it home to our children,” added the single mother of seven, who until last week earned living selling slippers and sunglasses.

“In other countries where markets are closed people are getting money. But here people are still eating and we’re not eating!” she complained, gesturing to open stores behind her. “If they don’t close the market, they should bring our tables back.”

Liberia’s first confirmed case of COVID-19, the highly infectious respiratory disease caused by the new coronavirus, was announced on March 16: a government official who, according to President George Weah, evaded quarantine after travelling to Switzerland. His cook tested positive soon after.

On March 22, the health ministry declared a national health emergency after the source of a third case could not be determined.

Churches, mosques, bars and beaches were closed in two counties and gatherings of more than 10 people banned, with citizens ordered to stand two metres (six feet) apart. Schools have been closed nationwide.

A further three cases were announced on April 1. Two were high-risk contacts of the country’s index case, while the third had travelled to Sweden in February, according to Thomas Nagbe, director for the infectious diseases and epidemiology department at Liberia’s public health institute.

The country is familiar with deadly viruses following the devastating 2014-16 Ebola epidemic that killed more than 11,000 people in West Africa, including 4,810 in Liberia.

Building on this experience, it was one of the first countries to introduce airport screening measures as the new coronavirus began spreading outside China, where it emerged late last year, while hand-washing facilities appeared outside shops and offices as early as January.

Frequent and thorough hand–washing with soap and water is one of the most basic weapons against the coronavirus.

According to Nagbe, the Liberian government’s primary focus is on “active case finding and contact tracing in communities” to try and reduce community transmission. A total of 121 samples had been tested by April 1. Promoting social distancing is another priority.

“Contact tracing and testing are needed to ensure Liberia gets ahead of the curve,” said Tolbert Nyenswah, a senior research associate at the Johns Hopkins Bloomberg School of Public Health in the United States, who also led Liberia’s Ebola response team in 2014-16.

“With the current number of cases, there is a possibility of it being contained.”

Widespread testing, however, will be a challenge, with only one laboratory in the country capable of testing for COVID-19 and a shortage of cartridges and primers.

While several other testing sites are due to be set up and more test kits are on their way, Nagbe concedes that “not all counties are adequately prepared because of inadequate resources”.

Communities are well-organised to assist with contact tracing and awareness-raising, said Joyce Kilikpo, who chairs a network of local civil society organisations working in the health sector.

But, she continued, existing social structures are not being utilised, with poor communication around transmission and confirmed cases leading to misinformation and mistrust for the authorities.

“Mishaps are going on as if to say we do not have the solid experience of Ebola,” she said.

While noting the widespread distribution of buckets for hand-washing in communities that lack running water, Kilikpo believes a deeper level of engagement is required to raise awareness for COVID-19 and the necessary measures to prevent its spread.

“We need to equip communities with information to be able to respond,” she said.

“During Ebola, communities had checkpoints and helped to enforce lockdowns. The same community leaders should be undertaking tracking and surveillance to find people who are sick and identifying sites for observation centres.”

Liberia currently has the capacity to treat about 30 COVID-19 patients at a designated facility, according to Nagbe, while other sites have been identified for reconditioning should the need arise.

Nagbe said there is just one ventilator in the country, located at a hospital outside of the capital operated by rubber company Firestone. Ventilators – mechanical breathing devices – are crucial in the fight to save COVID-19 patients whose lungs are assailed by the virus.

“The worst-case scenario for Liberia would be 50 to 100 cases,” Nyenswah said. “It would be impossible to manage that number of cases of respiratory disease.”

Nyenswah also warned of the trade-off between getting rid of COVID-19 and treating other prevalent diseases such as malaria and tuberculosis.

“That would pose a problem for the already stressed health system,” he said.

“For too long, people have not put their trust in the public health system,” Kilikpo said.

“If people are ill, they often go to church first to have someone pray for them.

“Even before COVID-19, we were told healthcare was free,” she said. “But at the facilities, there are no supplies or medication. If you call an ambulance, you have to fuel it yourself. So people don’t trust the system because they don’t get the services they need.

“The best we can do is prevent, prevent, prevent,” Kilikpo added. “To do that, we need to engage and mobilise people living in communities as early as possible and communicate measures to prevent further spread.” 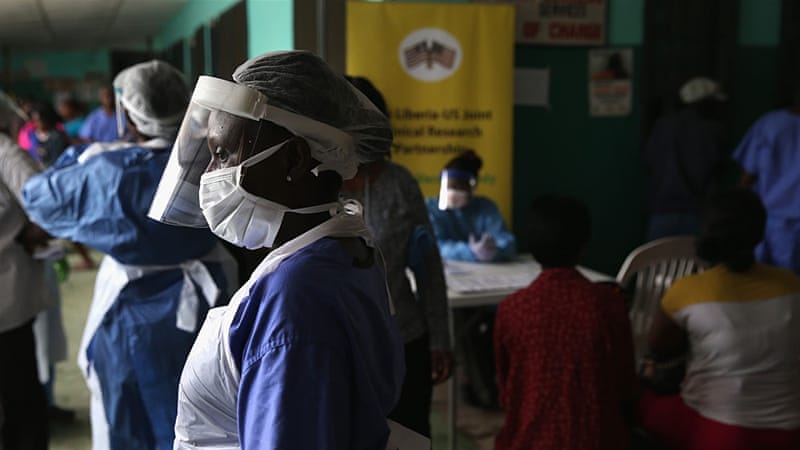