BBC Weather: Temperatures set to drop as band of snow moves in

The Met Office has issued a warning for snow and ice across southern England, which includes London. The Met Office warning reads: “An area of rain will cross the west and southwest of the country on Sunday morning and turn readily into snow as it spreads eastwards, and also lead to some icy surfaces. Mainly one to three CM of snow accumulation for most parts, but possibly five to 10cm over 100m with a small possibility of 10 to 15cm over high ground, for example on Dartmoor, the Brecon Beacons and Snowdonia.

“These snow amounts will cause some disruption to transport, especially on routes that cross even modest high ground.”

The warning stretches across all of Wales, London and the vast majority of England, running from 3am to 6pm on Sunday.

The weather agency warns that some roads and railways are likely to be affected with longer journey times by road, bus and train services.

For those using public transport in London, there is likely to be some delays as a result of the adverse weather. 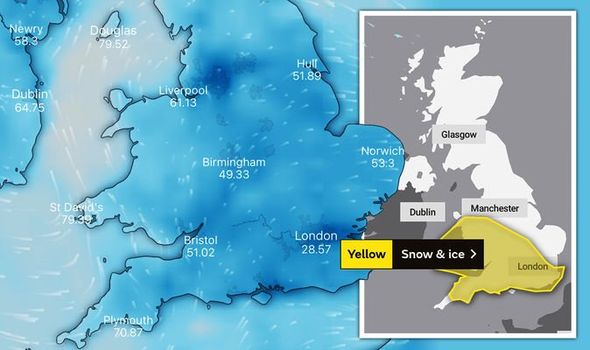 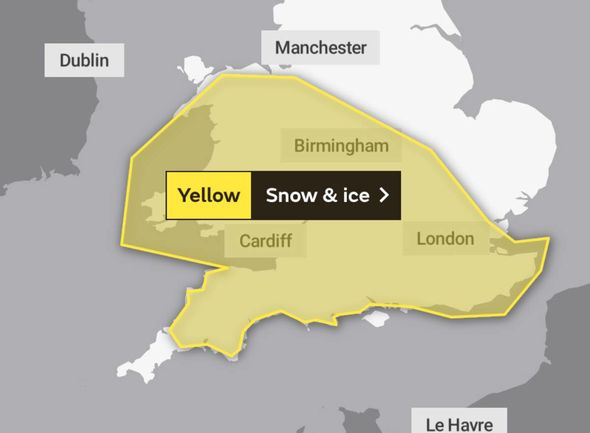 There will likely be some icy patches on untreated roads, pavements and cycle paths, too, which means all motorists and cyclists should take extra care this weekend.

According to weather maps from WXCharts, the snow will likely hit the capital on Sunday, staying throughout the day and into the early hours of Monday morning.

However, by the end of Monday the snowfall will have likely dissipated as bands of rain move into the capital instead.

The cold weather, a remnant of Storm Christoph, will likely remain in place until early next week as conditions are due to become more unsettled. 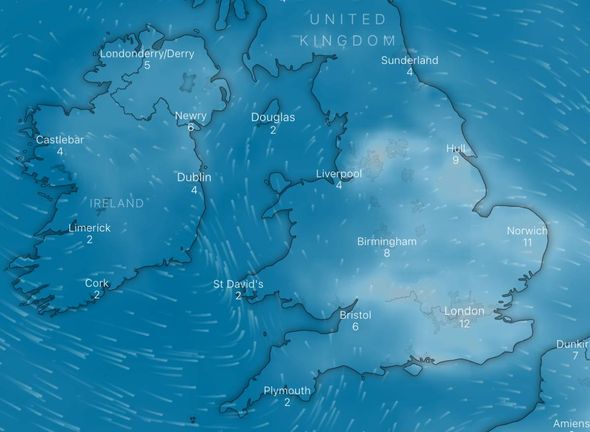 Chris Tubbs, Deputy Chief Forecaster for the Met Office, said: “The cold conditions are forecast to remain across the UK until Tuesday.

“More Atlantic-dominated weather is due to exert an influence, gradually bringing milder, but wetter conditions to the UK once more, although this may take a while to reach the north east.

“Once the certainty increases about which areas are most likely to be affected by potentially heavy rain, we may need to issue further warnings, especially if next week’s rainfall is likely to compound the impacts from this week.”

The bad weather comes amid a number of flood warnings issues for London and the rest of the country. 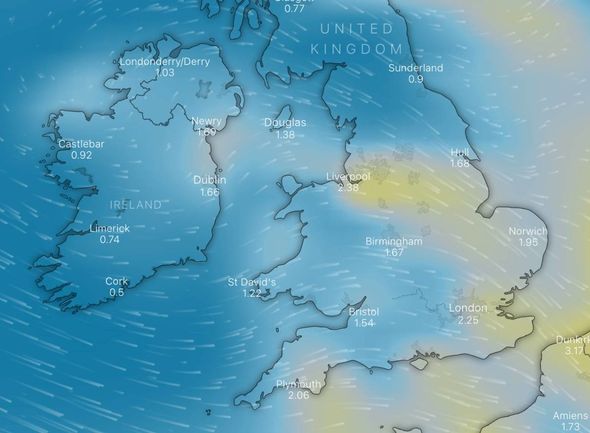 There are currently 11 flood alerts in place for the Capital, in which the environment agency warns people to “be prepared”.

The agency writes: “Flooding of low-lying land, footpaths and roads is expected to continue along the length of the Thames, bust most notably in the Stadhampton area.

“We expect river levels to remain high throughout the coming days in response to recent rainfall. We are closely monitoring the situation.”

The agency adds: “Please remain safe and aware of your local surroundings and avoid contact with flood water.”

The flood alerts in London are: