LONDON (Reuters) – Andrew Wong knew from an early age that running a restaurant required improvisation, having watched his parents steer their London Chinese restaurant through nearly 30 years of good times and bad. 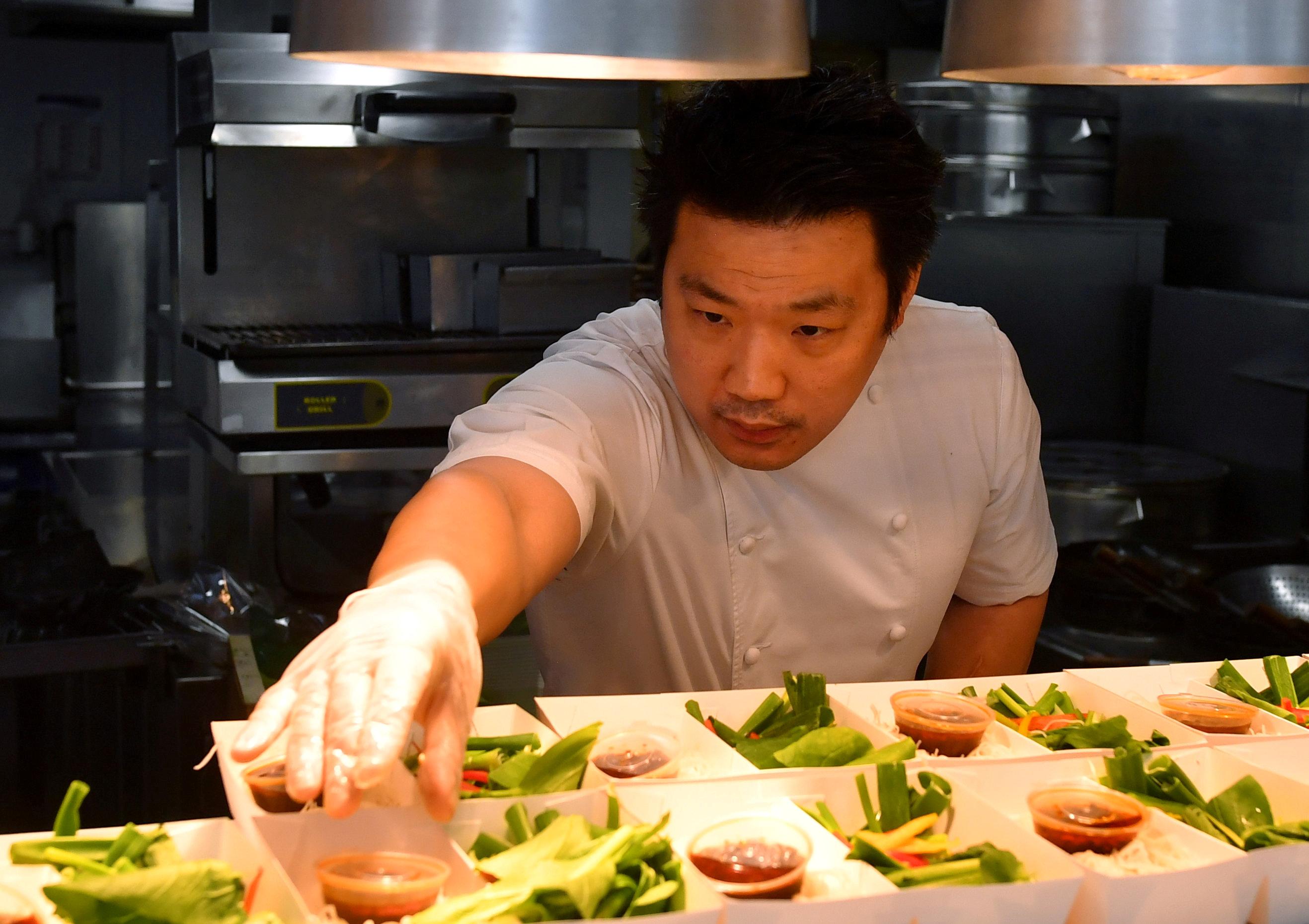 The Michelin-starred chef is now drawing on that experience, one of hundreds of high-end restaurant owners looking to take their “temples of gastronomy” to a wider audience while the coronavirus keeps diners away.

Where once customers would fly in for a booking made months in advance, London’s most famous eateries across Mayfair, Knightsbridge, Notting Hill and Chelsea are now offering takeaways, online cooking classes and recipe boxes.

“You will see a lot of restaurants beginning to diversify,” Wong told Reuters in his A. Wong restaurant in Pimlico, central London, the same building where his parents were based.

“What we will see is restaurants no longer being just temples of gastronomy where people come from all over the world, but really restaurants going out into the world.”

Britain’s restaurants, once the butt of jokes for Europeans, flourished over recent decades but the coronavirus lockdown has choked them of cash, leaving many owners with high debts, London rents and a bleak future.

Wong believes many higher-end restaurants already adhere to social distancing for customers while they also have more scope to hike prices and reduce covers.

But in his own restaurant, part of the experience comes from the front-of-house team led by his wife Nathalie who explains the ancient Chinese regional cooking techniques used to produce dishes such as Xian city lamb burger.

“Masked up, gloved up in front of house: you’re putting up a psychological barrier. The job for myself and the team is to come up with possible solutions,” he said.

While Wong has his reputation to help him through the turmoil – he has opened a second restaurant, Kym’s, near the Bank of England – others were just making a name for themselves.

After meeting in the kitchen of Dinner by Heston Blumenthal, chefs Will Murray and Jack Croft had just opened Fallow off Regent Street when they had to shut 10 days later.

They did not qualify for the government’s salary support scheme and are trying to raise money for a reopening by taking donations, doing deliveries and providing BBQ packs and online cooking tutorials. bit.ly/3fplceT

“We will find a way, restaurateurs are resilient. But there are not going to be as many around,” James Robson, Fallow’s chairman, said.

James Hacon of Think Hospitality says the government will need to support restaurants through social distancing because they will not be financially viable otherwise.

In Pimlico, Wong will improvise. “What else can you do?” he said.