Home » World News » Long-range snow forecast maps show heavy snow across the UK – is Beast from the East back?

In 2018 the UK was hit with heavy snow and freezing temperatures, causing widespread travel disruption. Dubbed the “Beast from the East”, there is concern the phenomenon could be making a comeback to the UK next week. The 2018 weather event, which caused a -15C freeze and several deaths, was the result of a phenomenon known as “sudden stratospheric warming”.

Grahame Madge, from the Met Office, said: “Many weather agencies are united in the view that this SSW [sudden stratospheric warming] will take place next week.

“When that happens, around 30km up in the stratosphere, our traditional wind pattern can be reversed.

“What is less clear is the long-term outlook for the impact of this event.

“Two out of three SSW events result in very cold episodes, but one in three has little impact at all.” 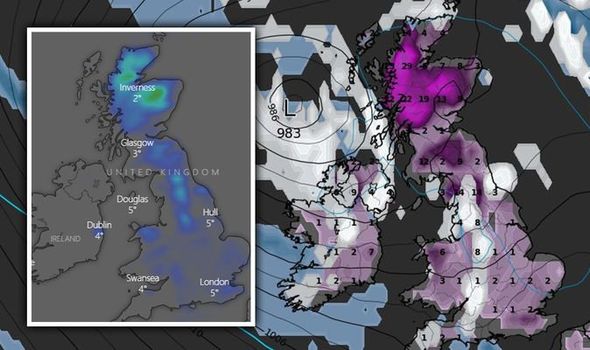 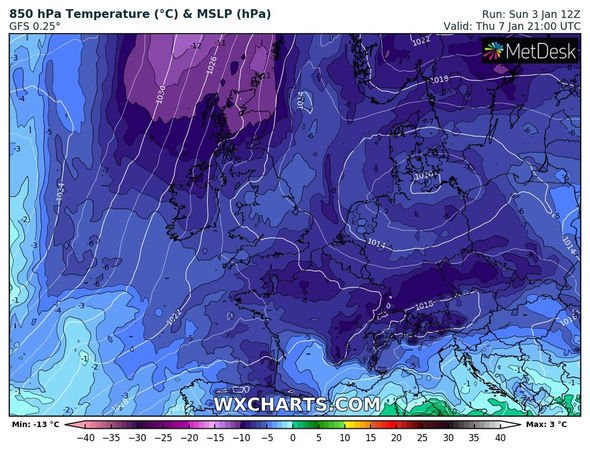 This weekend swathes of the UK have already witnessed snowfall, with the Met Office issuing a number of snow and ice warnings.

UK snow forecast maps also show heavy snowfall across the UK over the coming days, along with chilly temperatures.

According to Windy new snow maps, Scotland is likely to see the most of the cumulative snowfall over the next 10 days.

However parts of northern England, the Midlands, East Anglia and the South East are also forecast to see some snowfall, along with some areas of Wales. 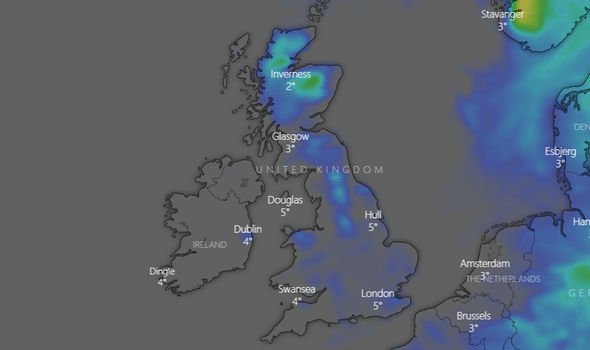 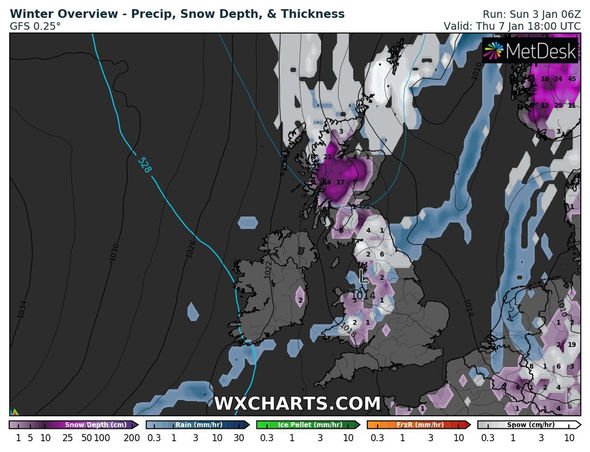 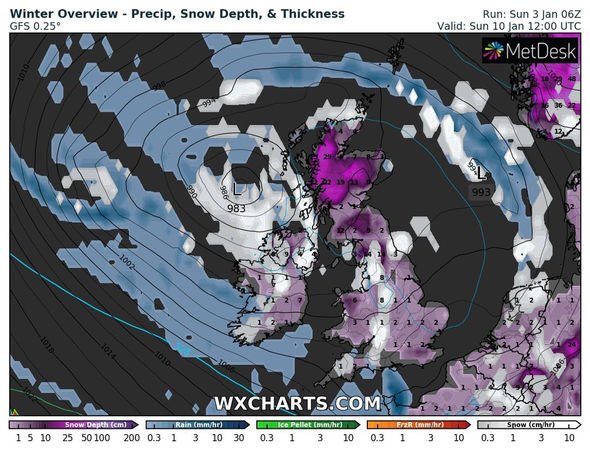 The Met Office forecast for Tuesday to Thursday predicts a band of snow will make its way across the UK.

“A band of rain, sleet and snow arrives across the northwest on Wednesday, before pushing erratically southeast across the country on Thursday.”

WXCHARTS winter overview maps, which use data from MetDesk, show on Thursday, January 7 the heaviest snow depth is predicted for Scotland. 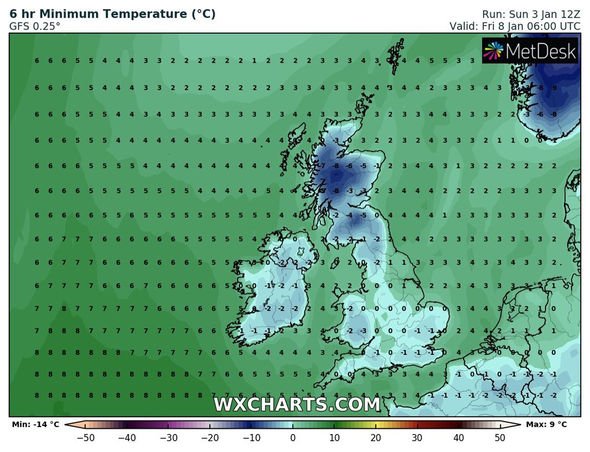 On this date, as much as 21cm (eight inches) of snow depth is predicted in some areas of Scotland.

Additionally, a band of new snow is forecast to shift to northern England, the Midlands and Wales.

By the weekend, WXCHARTS winter overview maps show even more widespread snow depth across the entirety of the UK on Sunday.

Some areas of the UK have been placed under warning for ice today (Sunday, January 3, 2021). 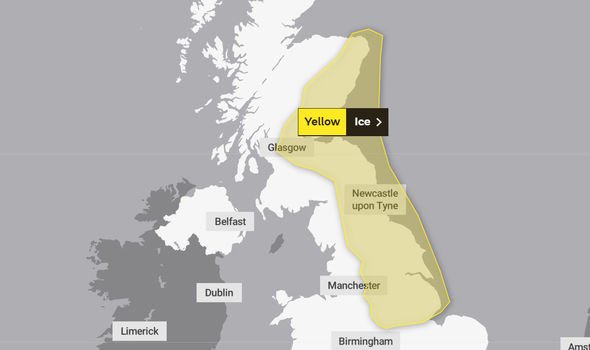 Met Office yellow ice warnings have been issued for parts of Scotland and northern England from 6pm today until 11am on Monday.

Swathes of Scotland are under the warning, including Aberdeen, Stirling, Edinburgh, Glasgow and Dundee.

The warning also affects parts of north east England and the Midlands, including Newcastle upon Tyne, York, Leeds and Nottingham.

As well as ice, the Met Office also warned some areas could see further snow over the coming hours.

The Met Office ice warning reads: “Icy patches are expected to develop, especially on untreated surfaces, where snow has been melting on Sunday and where frequent showers occur through the night.

Speaking of potential dangers on the roads, RAC Breakdown spokesman Simon Williams warned: “The message for those who have to drive is to adjust their speed according to the conditions and leave extra stopping distance so 2021 doesn’t begin with an unwelcome bump and an insurance claim.

“Snow and ice are by far the toughest driving conditions, so if they can be avoided that’s probably the best policy.”