The French President appointed Gerald Darmanin, a close friend of former conservative President Nicolas Sarkozy, as interior minister, a powerful administration that oversees the police, counterintelligence and religious matters. However, feminist movements have held demonstrations in cities across France over Mr Macron’s decision to promote the 37-year-old.

It comes after a Paris appeal court reopened an investigation into allegations Mr Darmanin raped a woman in 2009 when he was a junior official in the centre-right Republicans party.

Among the demonstrations were three topless women who protested in front of the Elysee Palace in Paris on Wednesday.

One of them bore the slogan “RIP The Promises”, shortly before President Emmanuel Macron held his first cabinet meeting with his reshuffled government.

Another woman had the words “The Sinisters’ Council” painted on her body. 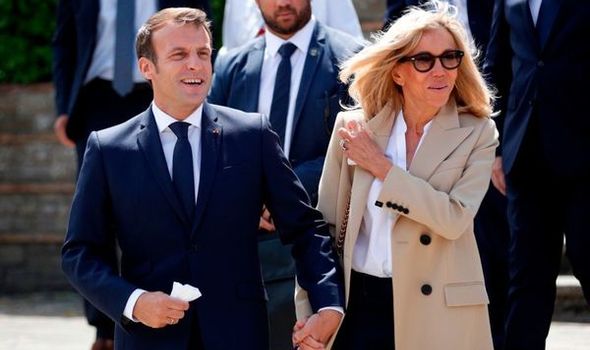 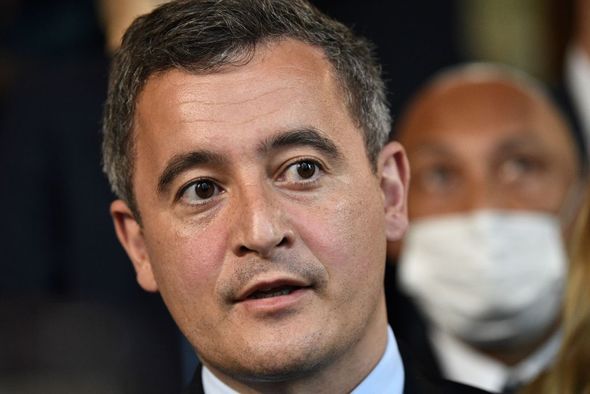 The three women, at least one of whom had the name of the feminist group Femen written on her back, were arrested by police.

Mr Darmanin denies the claim and says that the woman consented to having sex.

The controversy is seen as a blow to Mr Macron after he pledged to make women’s rights a “great cause” of his term of office before he was elected. 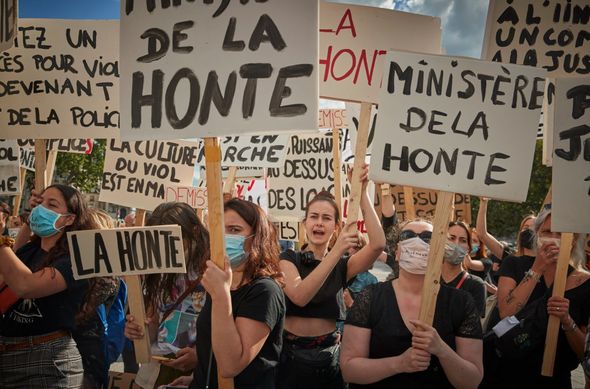 During an interview on French radio, Brigitte was forced to take centre stage and defend her husband.

She said: “Emmanuel is a very solid man, extremely reassuring and extremely kind.

“I am very lucky to be married to a man like him.

“We talk all the time, we see each other a lot. We live [in the Élysée], we work here, we exchange our points of view enormously. 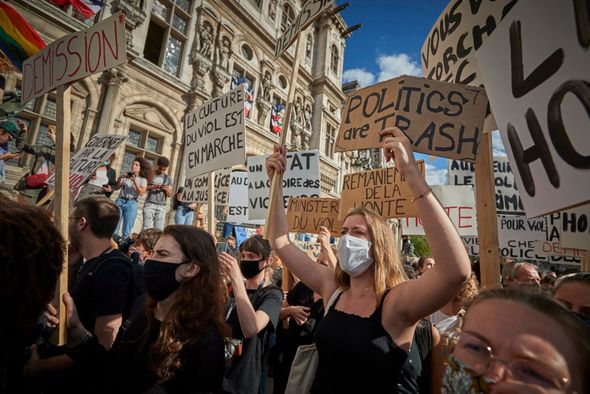 “But of course I would never allow myself to advise him.”

Prime Minister Jean Castex added: “He [Gerald], like everyone else, has the right to the presumption of innocence.”

However, Christelle Bertrand, political correspondent at influential French newspaper La Dépêche du Midi said it had “irreversibly ruined the first steps of the new government”, upon which the unpopular Mr Macron is counting to boost his presidency.

Mr Darmanin replaces Christophe Castaner, a former Socialist, who had a troubled relationship with police unions. 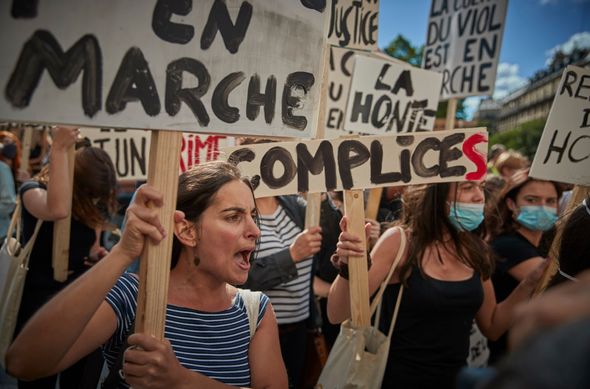 There has been an angry response in past weeks to his ban on chokeholds as anti-police violence protests spread to France forced Castaner to back down.

Responding to the appointment, he said: “Police forces can be assured of my total support.”

Mr Macron swept to power in 2017 promising to cut corporate taxes and ease regulation to drive growth and create jobs, while protecting the most vulnerable.

But the worst depression in decades has reversed some hard-fought gains and left Macron with 21 months to persuade voters that his reforms will leave them better off. 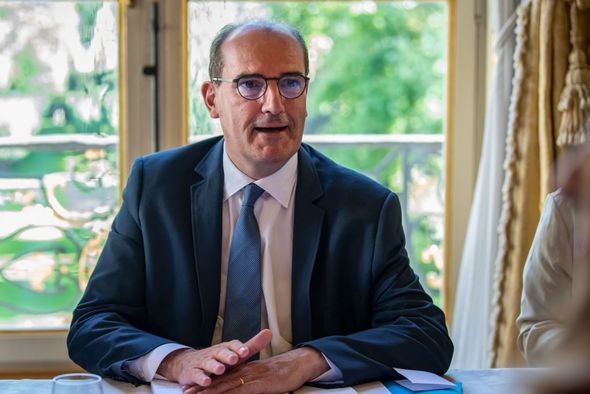 Redrawing the political landscape three years ago, he poached ministers from the left and right.

On Monday, he let go of several former Socialist ministers, while promoting others from conservative ranks.

He also named a former ecologist to lead the environment ministry, but campaign groups voiced doubt over how much influence Barbara Pompili would have.

An Odoxa-Dentsu Consulting poll also showed eight in every 10 people believed the reshuffle would not lead to a shift in policy direction.

In response to the concerns, the Elysee Palace said the probe was “not an obstacle” to Mr Darmanin’s appointment to his new role in charge of police and other law enforcement bodies