BEIRUT/PARIS (Reuters) – French President Emmanuel Macron on Tuesday gave Lebanese politicians until the end of October to start delivering on reforms or else financial aid would be withheld, and sanctions imposed further down the line if there is proven corruption.

Macron also told a news conference in Beirut that political leaders had agreed to form a government of experts in the next two weeks to help chart a new course for the Middle East nation collapsing under the weight of an economic meltdown.

“There is no blank cheque,” Macron said in his second visit in less than a month to press for action to tackle a financial crisis rooted in corruption and mismanagement, that is the biggest threat to Lebanon’s stability since its civil war.

“If your political class fails, then we will not come to Lebanon’s aid,” he said.

Macron said he could not exclude targeted sanctions if there is proven corruption, but that sanctions were not on the agenda for October.

In central Beirut, riot police and armoured personnel carriers fired teargas to disperse protesters outside parliament as they vented anger at the mismanagement and corruption that has dragged Lebanon into crisis. Some protesters hurled rocks.

Riot police also deployed outside the venue where Macron met Lebanese political and religious leaders. One group held a banner reading: “Legitimacy comes from the people.”

Macron, who toured Beirut’s port that was devastated in an Aug. 4 blast, adding to the national crisis, has said he wanted “credible commitments” and a follow-up mechanism from Lebanon’s leaders, including legislative polls in six to 12 months.

Lebanese politicians, some former warlords who have overseen decades of industrial-scale corruption, face a daunting task with an economy in meltdown, a swathe of Beirut in tatters after the port blast and sectarian tensions rising.

Pressure from Macron, who said he would visit again in December, has already pushed major parties to agree on a new prime minister, Mustapha Adib, who has called for the rapid formation of a government and promised to implement reforms swiftly to secure a deal with the International Monetary Fund. 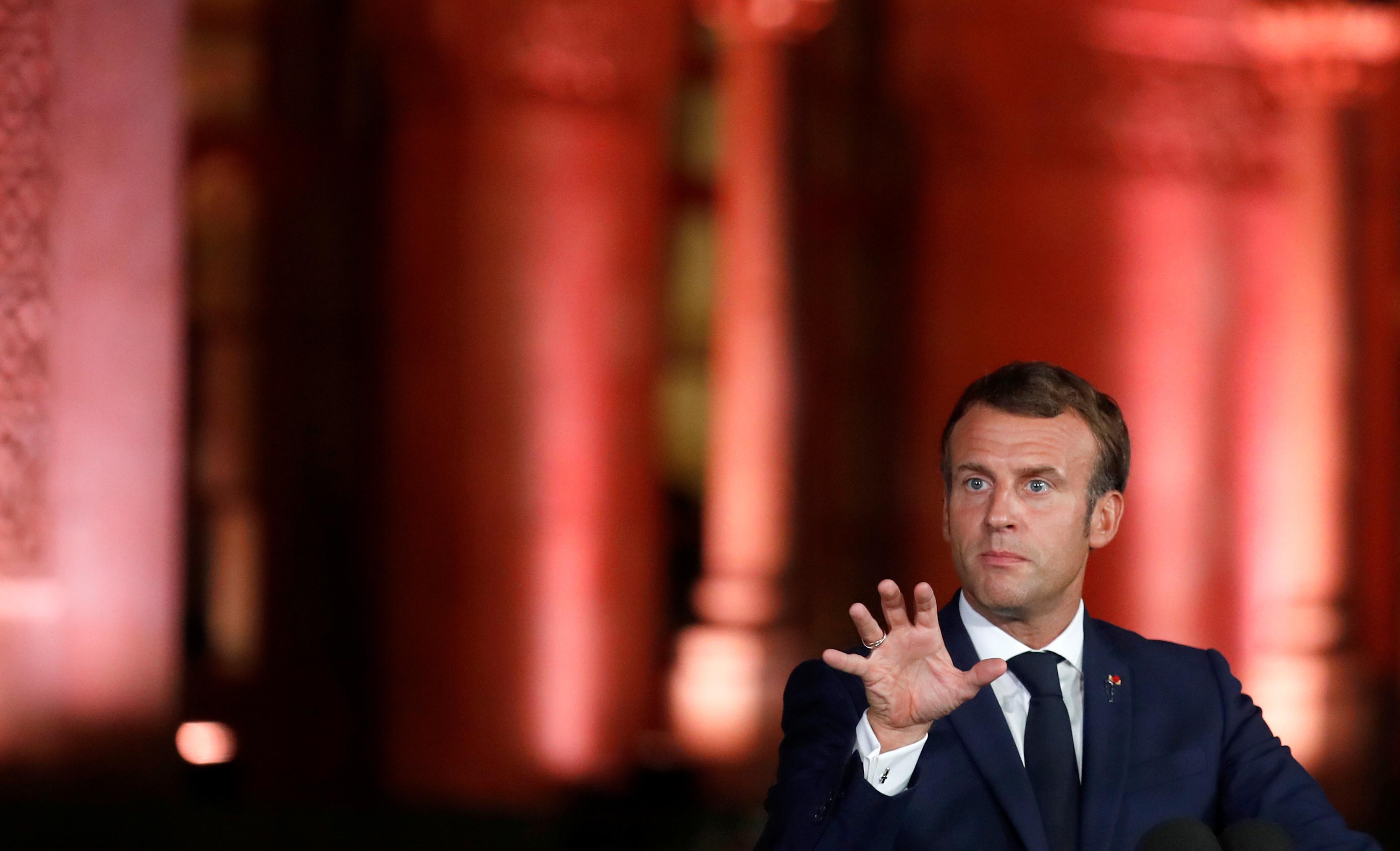 Forming a cabinet has taken months in the past.

Macron, who visited Beirut in early August aftermath of the port blast that killed more than 190 people, said world powers must stay focused on the emergency in Lebanon for six weeks.

He said Paris was ready to help organise and host an international conference with the United Nations in October.

A senior envoy from the United States, which classifies Hezbollah a terrorist organisation and which has pumped money into the Lebanon’s army, is due in Beirut on Wednesday. 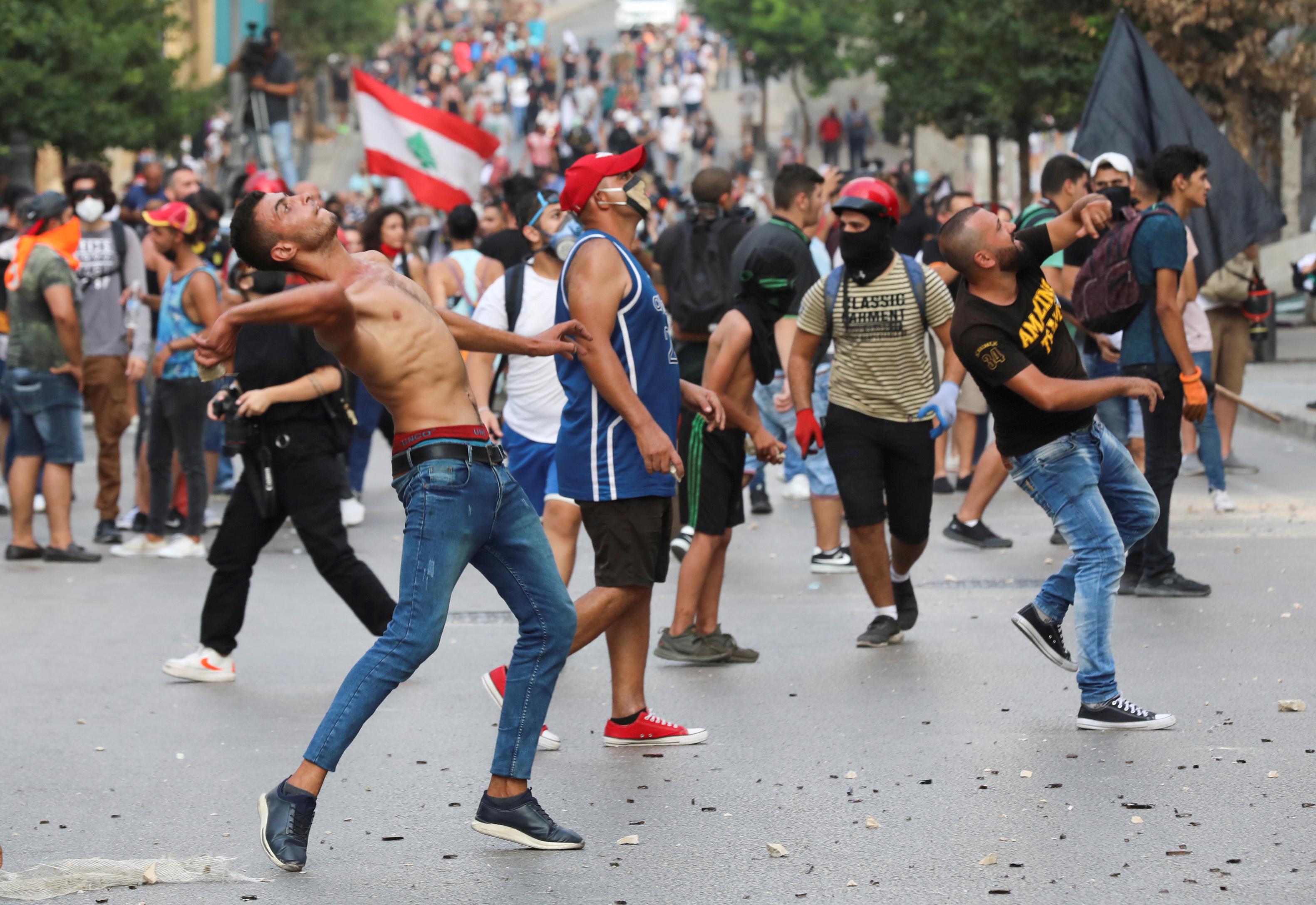 Crushed by a mountain of debt, Lebanon’s currency has collapsed and depositors have been frozen out of their increasingly worthless savings in a paralysed banking system. Poverty and unemployment have soared.

“Today everything is blocked and Lebanon can no longer finance itself,” Macron said, adding the central bank and banking system were in crisis and an audit was needed.

“We need to know the truth of the numbers, so that judicial actions can then be taken,” he said.